Our correspondent John Kitching reviews the Fisherman's Friends - The Musical.

Who would have thought that a film about a group of working fishermen from Port Isaac who meet up in their local pub to sing sea shanties would be a success, but that's just what happened in 2019. Fast forward to 2022 and it's now a critically acclaimed stage musical. 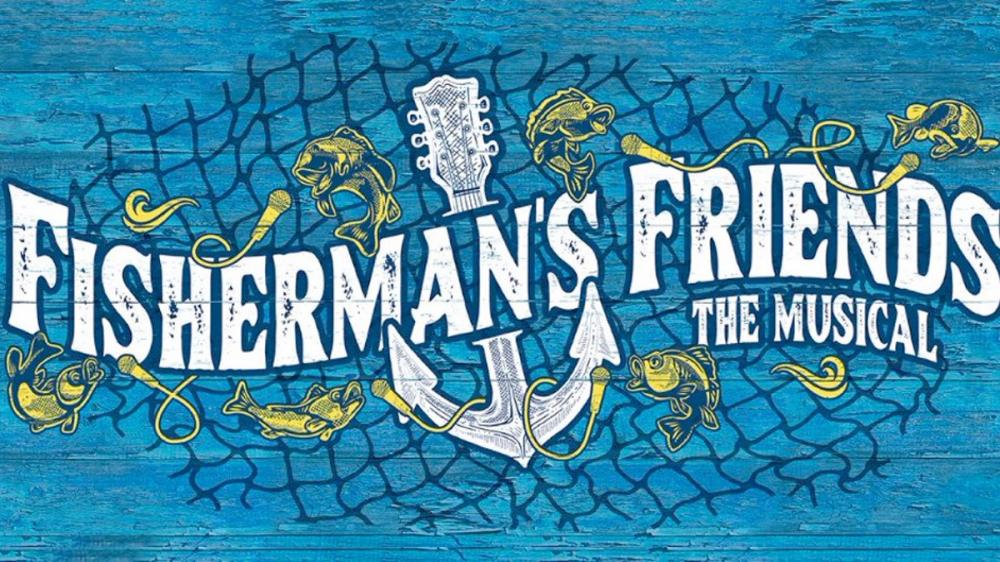 I didn't really know what to expect of the show having never seen the film, but I was pleasantly shocked by the immersive feel, the sound of the seagulls and gently lapping waves as we entered the auditorium before the show began, then as the curtains opened the sight of a small fishing boat ploughing through the waves in a fog bank as shanties begin. Immediately I was transported to the Cornish coast to the point where I could almost taste the salt in the air.

The set itself is impressive transforming from pub to pier, then a small fishing boat decked in nets, lobster pots, crab cages and buoys. All the while the live on-stage band of musicians accompany the cast in their rendition of over 30 songs and shanties.

The story is simple, the fishermen who regularly meet in the pub to sing shanties are spotted by washed up music manager Danny, in Cornwall on a weekend break from London. He hears the fishermen singing their shanties in their local and immediately sees the opportunity to re-assert himself in the music business and offers them a deal to record an album and even play at Glastonbury.

He sells them as ‘real men, real beards, real deal’. After some initial doubts and concerns they agree to take up the offer, and a South-Westlife is born. As you would expect of a group of fishermen and their families meeting in their local to drink and sing there is great scope for many dad-jokes, gags and pranks leaving the audience almost constantly laughing.

There are strong storylines running through the show dealing with the strong relationships within the band and their families. Themes such as grief, debt, love and dreams of a different life are all touched on, with constant return to the central theme and the bands motto ‘truth, respect, community’.

The cast are brilliant in their portrayal of salty old sea dogs with each taking their opportunity in the limelight and putting their heart and passion into the songs. From boisterous, foot-stomping songs such as ‘John Kanaka’ and ‘South Australia’ through to beautiful melodic ballads like ‘Tidal Pool’ and ’Village By The Sea’ and even a quick riotous tongue in cheek version of ‘In The Navy’.
All the while the cast are joined by a group of on-stage multi-instrumentalist musicians playing a variety of traditional instruments (mandolin, concertina, penny whistle, bodrhan etc). This is no ordinary ‘show-band’ as they dance and sing with the cast making the fishing village community complete.

It would be unfair to pick any one person out as this is truly an ensemble piece packed full of seasoned professionals of stage and screen all working hard together and for each other just like the fishermen they portray.

One note of caution beware false endings which left some of the audience thinking the show had ended prematurely. I left the theatre trying to sing ‘John Kanaka’ and wanting to arrange a visit to Port Isaac and catch a night of shanty singing in the pub, you’re right, I was caught hook, line and sinker.