The Lemon Table – A Bittersweet Treat 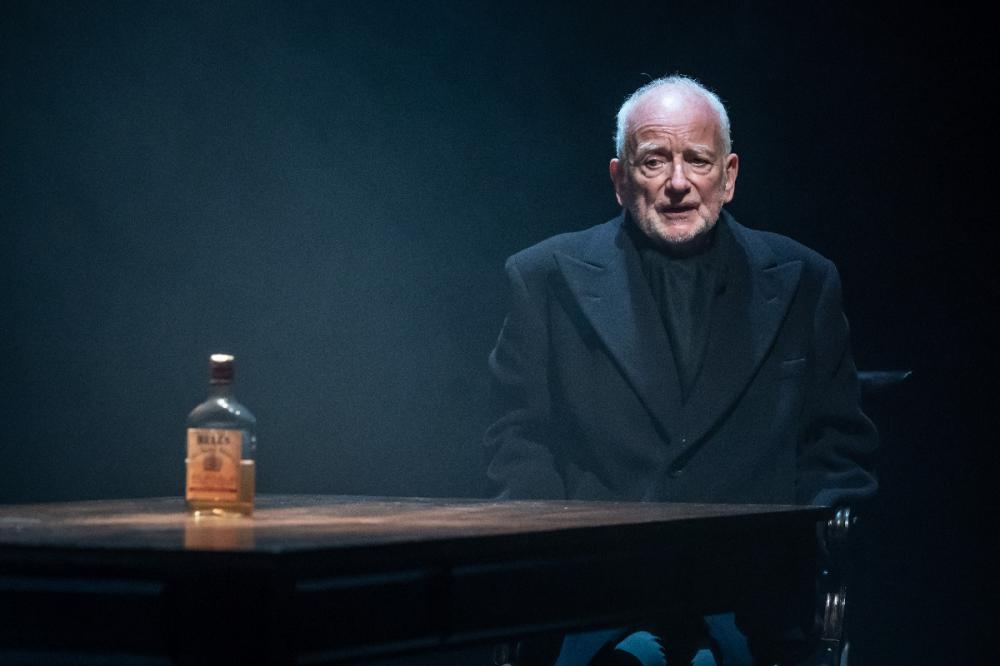 McDiarmid has selected two monologues from Julian Barnes' 2005 book of short stories The Lemon Table, both of which explore what it is to grow old.

Both monologues feature an older man and, at first sight, that is all they have in common; but, as the story unfolds, other parallels and perspectives emerge.

Geoffrey, the character in 'Vigilance', is a precise holier-than-thou chap who is a passionate and knowledgeable aficionado of classical music. Addressing the audience as his peers, he shares his frustration about his fellow concert goers' inability to sit quietly and enjoy the performance, holding them in contempt as he relates how he pokes the occupier of the seat J38, directly in front of him, into silence with a fierce glare, whilst those who dare to cough are presented with cough sweets, almost as an on-the-spot fine, during the interval. All sense of time is abolished when he listens to his music and absorbs its various textures.

McDiarmid's long-time colleague and friend, Michael Grandage, and Titus Halder have shown great empathy with their direction. The creative team stage designer: Frankie Bradshaw, lighting: Paule Constable, and sound: Ella Wahlström have together effectively created a joint sensory vision, which includes both music and silence, linking the two monologues together.

The staging is sparse, grey and gloomy. The set is dominated by a large rectangular table and two chairs, but this suits perfectly the subject matter of both pieces.

'The Silence', the second monologue, is narrated by Sibelius, Finland's most famous composer, who is seated at the table and has entered the final stages of his life. He speaks from the peace and tranquillity of his retreat deep in the Finnish countryside, describing the particular pleasure he derives from his love of the woods and especially the birds that populate the skies above.

Akin to our exasperated concert-goer, he too is constantly infuriated by the "noise" of interruptions as the world outside intrudes on his thoughts.

We learn of his devotion to Aino, his wife and mother of his five surviving daughters, and although he is a composer, he forbids them to sing or play music. He feels intense guilt for neglecting his family in favour of drink which is "now my most faithful companion".

His thoughts frequently reference his own mortality: "My journey is nearly complete … The logic of music leads to silence"; and with dark humour: "Cheer up! Death is 'round the corner".

Eventually, the significance of the title becomes clear as he and his friends meet to eat and talk about death at “the lemon table”, so named because in China “the lemon is the symbol of death".

Ian McDiarmid is an accomplished actor who enthrals the audience from the very first moment. He possesses a powerful and expressive voice capable of portraying many differing and contrasting emotions in the blink of an eye.

There’s plenty of humour, witty one-liners and laughs alongside despair and sadness. If you get the opportunity, The Lemon Table is well worth an evening of your time.