The Lady Vanishes - She Probably Needs To!

As Hitchcock was turning in his grave last night, the high point of The Lady Vanishes was the shoot out shortly before final curtain. The low point was that not enough of the players died.

This was a challenging production – my adjective is generous – that somehow had me in fits of giggles at the end even though it wasn’t meant to!

Bill Kenwright’s latest offering – Antony Lampard’s stage version of Hitchcock’s now iconic film - simply did not work in a theatrical environment; the fault of this production or a storyline just too large to make the transition? Who knows until there is a stronger benchmark.

Film has the benefit of being able to concertina time and action brilliantly with cut-aways often used to move the plot forward at a faster than normal rate; stage acting does not always deliver the same opportunity, especially with a thriller where specific nuances have to be included for fear of muddying often already complicated plots. 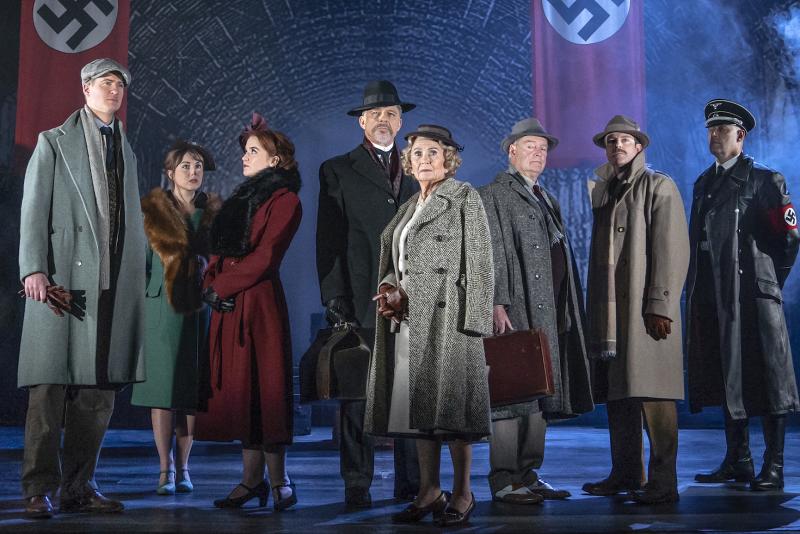 This time the story centred around a train journey from Nazi Germany to Zurich. There’s a spy on board – Miss Froy – who mysteriously disappears. Fellow passenger Iris has taken tea with her in the dining carriage but everyone else seems to deny ever having seen the elderly ‘governess’. Only Max is eventually convinced that Iris isn’t barmy and, thereafter, the plot unfolds, there’s lots of scheming and nasty Nazi types but, in the end, everyone lives happily ever after; well almost!

Lorna ‘Eastenders’ Fitzgerald as Iris was terribly terribly Ealing studios with her clipped accent but, at times, it was just a bit too much; the whole production seemed like an OTT melodrama; only Bela Lugosi was missing!


Also by Phil Hopkins...
Overblown But Enjoyable - Spirit Of The DanceNewbies Give Joseph Fresh ImpetusA Dignity That Outwitted The HolocaustTriumph Of Priestley’s Timeless Drama of ConscienceZombie Attack In Leeds (Playhouse!)
I thought James Boswell as Max, was the most natural ‘period’ actor on stage and Robert Duncan as Charters along with Ben Nealon as Caldicott, provided the mildly comic interest as two cricket mad English chaps desperate to get home for the Test Match.

However, Philip Lowrie as barrister Eric, desperate to hide his identity lest his illicit affair is discovered, was unconvincing and, at times, he was barely audible, a condition that also afflicted Juliet Mills as Miss Froy. Why did Monsieur Lowrie keep delivering his lines upstage with his back to the audience?

When the train journey did finally come to its close at St Pancras, the lighting plot did a wonderful job of projecting large silhouettes of the actors onto the back cloth (railway station roof!) and, for a minute, I thought a mischievous stagehand was about to start doing impressions of butterflies using his hands!

This felt like a disjointed production in which some had had voice coaching whilst others considered it above them. At best it was overly melodramatic and I have to confess being comforted when the journey finally ended, I felt travel sick!