The Divine Comedy - A Charmed Life On Tour 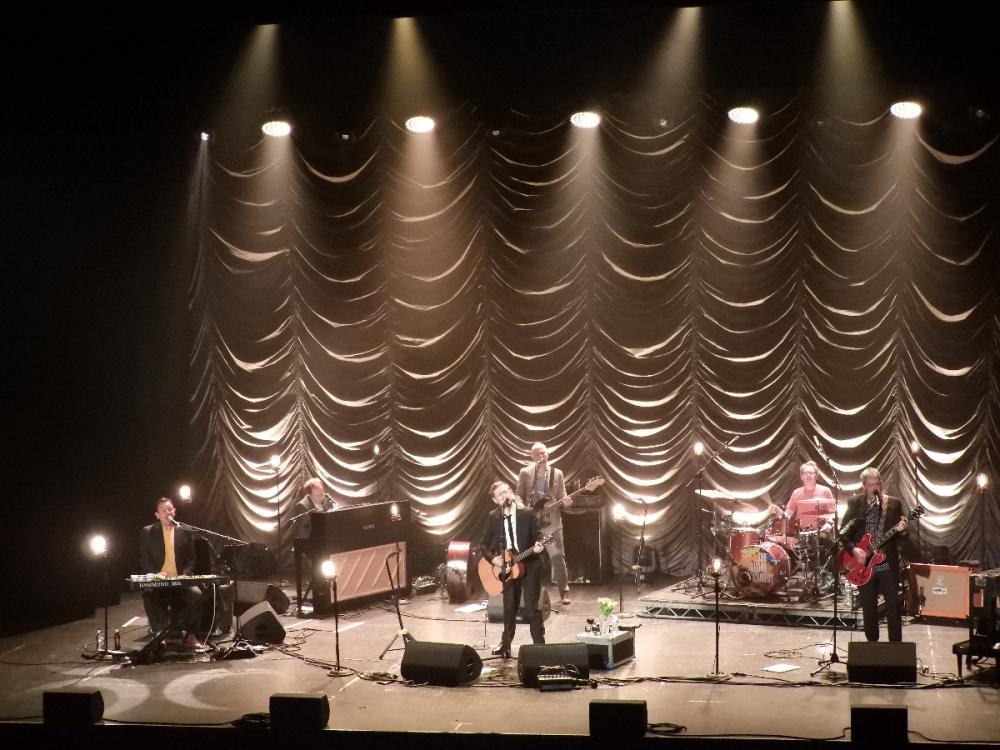 Songs such as National Express and Becoming More Like Alfie were more in the public’s consciousness but others maybe not so.

Even when Hannon had his first taste of success his music never really seemed to fit in with what was popular at the time, which is even more pertinent now. His melodic, whimsical and sometimes offbeat songs seemed to belong to a time when life was far simpler than it is today.

As Hannon arrived on stage for a sold out show at the Victoria Theatre in Halifax, it felt like I had gatecrashed on a private party, though by the end of the concert the feeling was why had it taken me so long to get there? 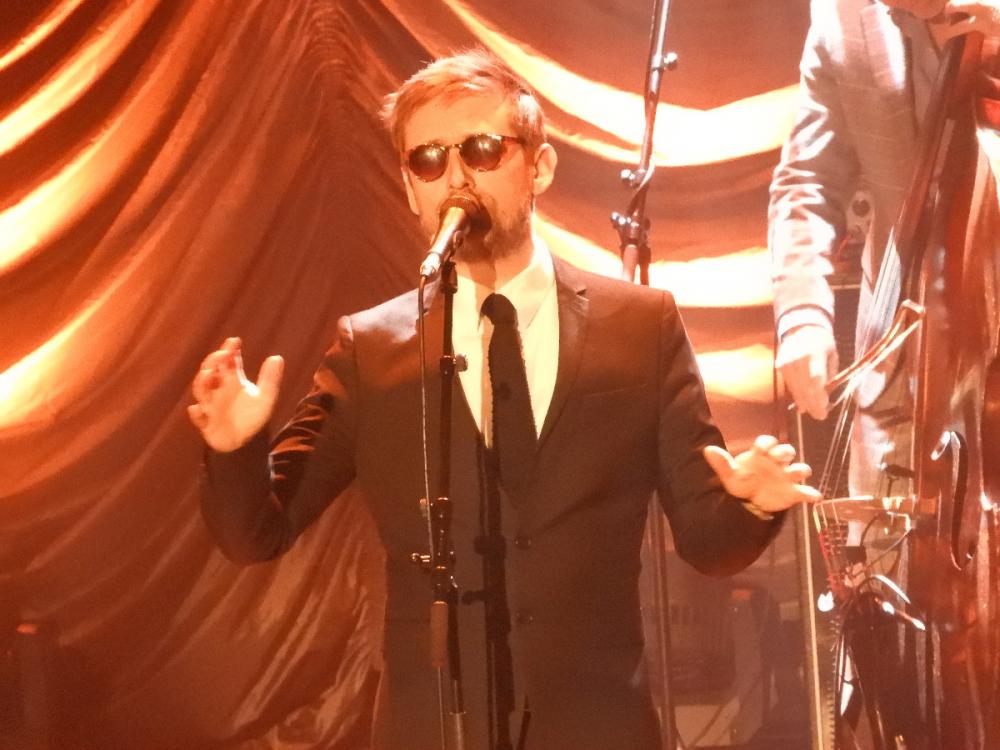 Wearing a pair of dark sunglasses and black suit his dress style suited the manner of his music: smart, upbeat and stylish.

Backed by a five piece band Hannon had a gentle inoffensive charm as he led them and the audience through some of the best pop songs from the last thirty years. At the Indie Disco sounded magnificent, To the Rescue was underpinned with an accordion that made you feel like you were sat outside your favourite Parisian coffee shop, whilst his flaw of forgetting the first few lines of The Best Mistakes was either a subtle play on the song's title or a genuine mistake.

The only real flaw of the evening was the unexpected twenty minute break just after the atmosphere had really got going. There had already been a previous break between the support act and the headline act.

he joked: "I don’t think you will know this one as it is a bit obscure.”
Armed with his huge back catalogue of songs it did not take long for the vibe to revive itself. As a lyricist Hannon was able to paint a picture and conjure up in your mind an image of what he was singing about which was best exemplified on A Lady of a Certain Age as the audience were taken from New York to Lake Geneva to the French Riviera. It did not matter we were in Halifax, for three minutes Hannon had taken us on a whistle stop tour around Europe. 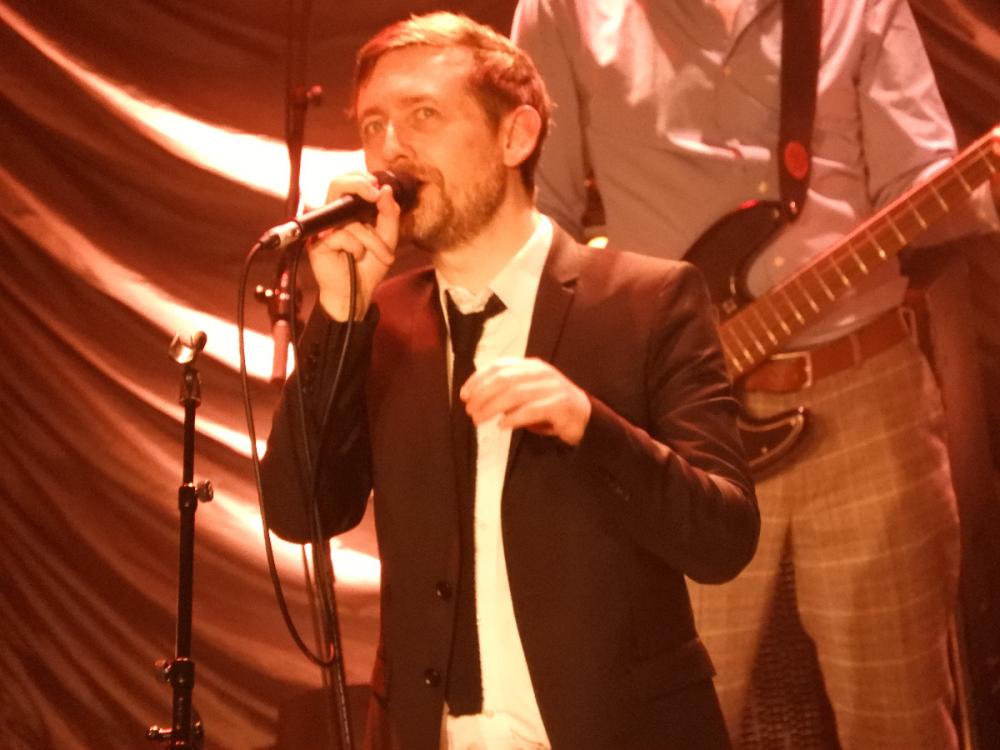 His only stage props were his glass of red wine and a bunch of maracas that doubled as a bunch of tulips which he shook intently on Your Daddy’s Car. By the time Our Mutual Friend was performed the audience were stood up on their feet as Hannon and his band moved into a higher gear.

By way of an introduction to National Express he joked: "I don’t think you will know this one as it is a bit obscure.” The song is indeed the one many associate with The Divine Comedy. The observational lyric content of the song matched the intensity and fervour that you could feel in the atmosphere.

Encoring with Perfect Lovesong the concert had been perfect from start to finish. “You will give your review five stars, he has been brilliant” said an excited fan as I left the theatre.

The Divine Comedy had given Halifax a night to remember. As for the exuberant fan, I could not agree more - Hannon and his band were simply brilliant. Long may the party continue.