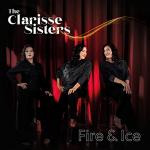 You might think you have not heard of The Clarisse Sisters before, though if you have seen acts such as Erasure, Basia and Incognito in concert, chances are you will have seen the three sisters, from Mauritius, when they have performed either alongside or supporting these artists.

Besides Basia appearing on the single Fire & Ice there are other tracks that could have come off any of Basia’s albums - notably the song I Carry You. A tender ballad that has all the hallmarks of Basia at her peak.

The album is split into two parts: Smooth Promenade and Freeway Groove the latter of which recalls the jazz funk of Incognito and Mario Biondi mixed with the soul of Al Jarreau. Indeed Bluey from Incognito turns up on I Hear A Melody which lends itself more to Basia than Incognito. There is an audience out there who would take The Clarisse Sisters to their heart - if only they knew about them.

Butterflies In June, another of the outstanding tracks this accomplished album has been co-written by Bluey though I think his template must have been Matt Bianco. A sublime and touching number that would be perfect to hear at any of the European jazz festivals outside on a balmy summer evening in say Nice or Juan les Pins.

Probably the bonus track on the album, Je ne sais quoi is an attempt to charm a French audience but when the music is as good as this The Charisse Sisters really do to be heard by the many and not the few.