The Boys Are Back For A Night In Nostaligic Heaven 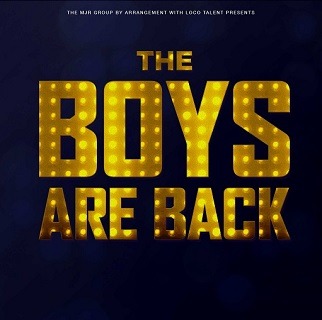 Boybands. Another one. And another one. Lyrics, albeit misquoted, from Busted, a post-90s boyband. While there were boy bands before the 90s, it is well-known that during the decade of Saved By The Bell and WWF: The Attitude, the boy band reigned supreme. Over half a decade ago, The Big Reunion realised that the 90s kids had grown up and were starting to crave their teenage icons back on the live circuit. The result was a resurrection of groups including Eternal, 3T, Girl Thing and B*Witched.


Also by Jeremy Williams-Chalmers...
Singles Of The Week: 7 August 2020Singles Of The Week: 31 July 2020Musical Motivation: IzakmanInterview With Glass Animals' Joe SeawardMusical Motivation: ELA
With a bond clearly forming between a few of the artists taking part over the course of the two series have joined together to tour in an epic reunion show entitled The Boys Are Back! While they come from different corners of the boy band world, all four reached the top of the game both on their home turf and the international stage.

And boy, did the masses turn out to Birmingham Symphony Hall! With many dressed in vintage fan merchandise, the audience age range stretched from pre-teens to early 80s, but everyone was united in a mission to dance and sing their hearts out to an evening of 90s classic.

With all four bands were armed with their hits, it was clear that fan allegiances were left firmly at the door as everyone collected in euphoria to the playful pop of a1, the urban groove of Damage, the cheese of 911 and the anthems of 5ive. Although some of the bands veered more towards Dad dancing these days, unable to match the slick moves of their contemporaries, all four bands delivered sets that saw the temperatures in the room soar.