The Book Of Mormon Is Laugh Out Loud Musical Heaven 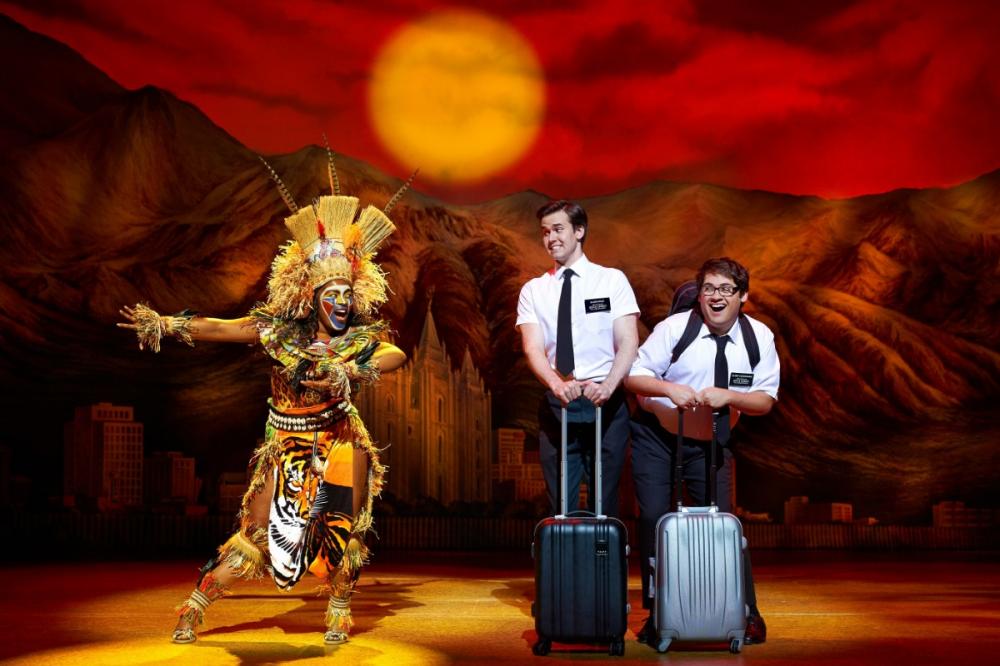 The Book of Mormon debuted back in 2011 and immediately became a buzz musical. The hype surrounding the comedic prowess of the Trey Parker, Robert Lopez and Matt Stone satirical exploration of the beliefs and missionary message of The Church of Jesus Christ of Latter-Day Saints built quickly and it is today regarded as one of the finest contemporary comedy musicals. With the West End production still proving as popular today as when it opened in 2013, the UK and Ireland tour finally launched in Autumn 2019 to bring the production to regional audiences. With Birmingham’s Hippodrome packed to the rafters, the anticipation is high for the production. 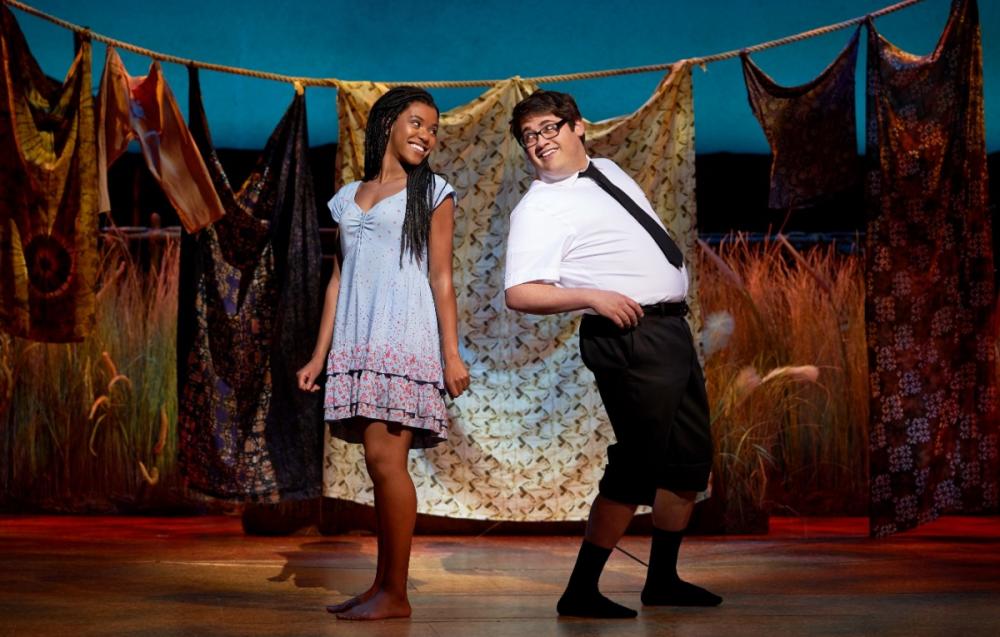 From the moment the production starts it is clear that this is a fast-paced, tongue in cheek explosion of musical theatre. Telling the story of Kevin Price and his fellow door-to-door religious missionaries, the audience are taken through a cleverly constructed re-telling of the story of the All-American Prophet Joseph Smith and his golden plates, but through the eyes of a very determined, self-driven narcissist.


Also by Jeremy Williams-Chalmers...
Musical Memories: The ProsaicsMusical Memories: Jack Wesley of .wavrunnerMusical Memories: AJ WanderTop 60 Albums 2020: 10-1Top 60 Albums 2020: 20-11
While Price dreams of a placement in Orlando, so he can spend time at the magical Disney World and Epcot Studios, he is instead assigned a 2 year mission in Uganda alongside the hapless Arnold Cunningham. Arriving in a rural village that is controlled by General Butt-Fucking Naked, there only ray of hope is in the ever-dreaming and optimistic Nabungi.

With the musical boasting the brilliant number Hasa Diga Eebowai, hilarious Spooky Mormon Dream and charged Baptize Me, the show alone is cleverly enough crafted to wow even in incapable hands. The fact that the production boasts a flawless cast lifts it to greater heights.

Robert Colvin may be faultless in his delivery of the obnoxiously arrogant servant of God Kevin Price, it is the comedic timing of Connor Pierson’s Arnold Cunningham that steals the show. Nicole-Lily Baisden proves his match in an innocently naughty rendition of Baptize Me, while her rendition of Sal Tlay Ka Siti is spine-tingling. Equally notable is Will Hawksworth, whose Elder McKinley represses his sexuality to comedic aplomb, particularly in the addictive Turn It Off.