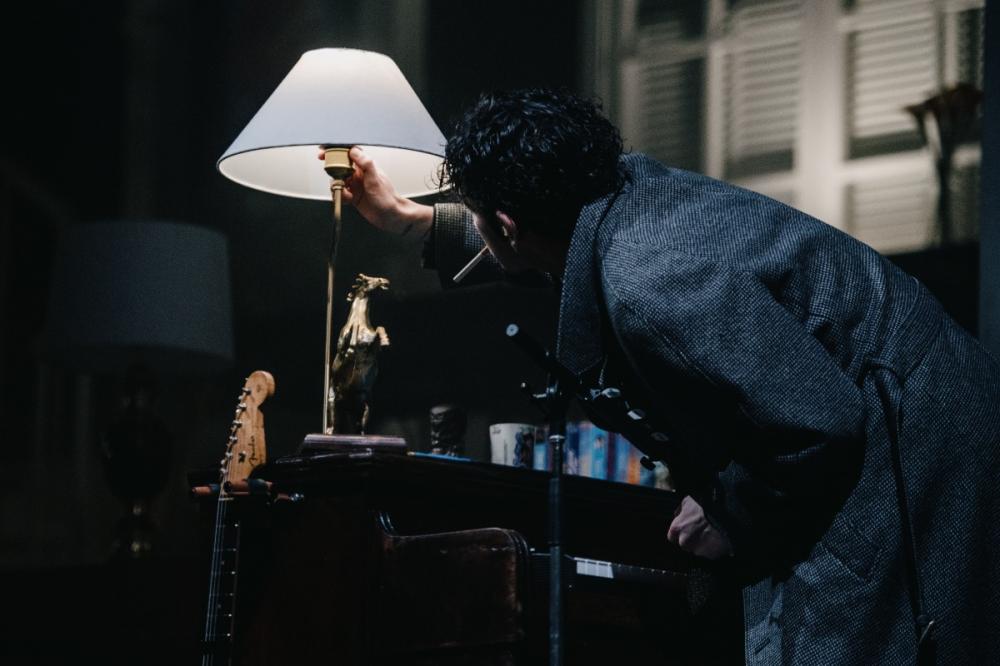 The 1975 UK Tour Photos: Jordan Curtis Hughes
The 1975 is celebrating a decade since the release of its eponymous debut album. While mostly praised by critics at the time of its release, very few would predict that the quartet formed of close secondary school friends would develop into the gargantuan arena filling global icons that they are today. With a tour appropriately named, At Their Very Best, they not only celebrate the release of their sensational fifth studio album, but also their huge back catalogue as they tour the world once again. 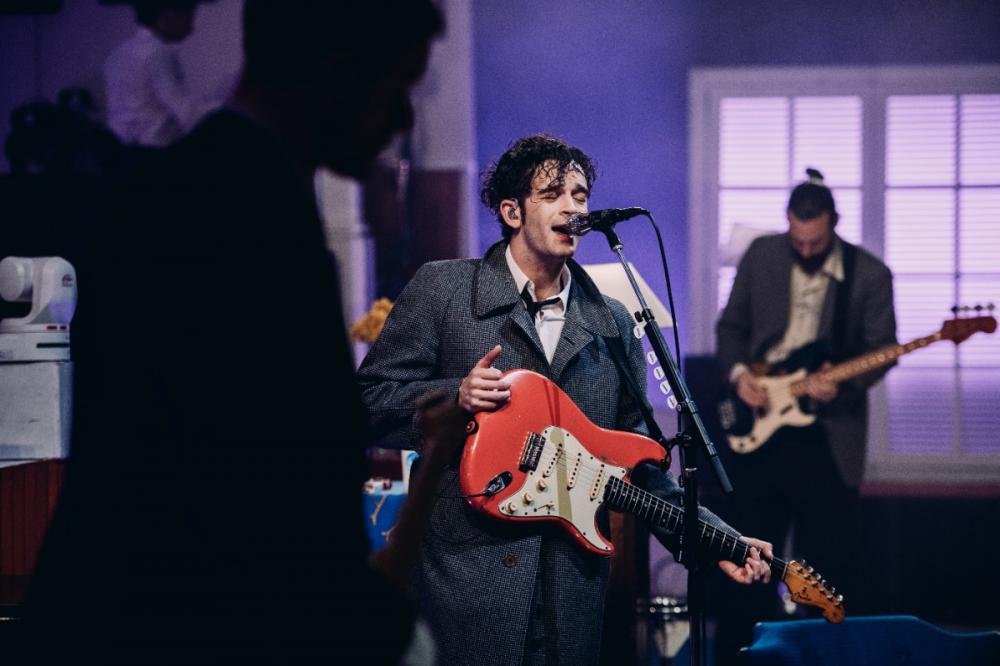 The 1975 UK Tour Photos: Jordan Curtis Hughes
Before they make it on to the stage, the rather understated Bonnie Kemplay has the job of warming up a sold out Motorpoint Arena. Armed with a lush voice and the ability to pen a decent song, she is well equipped for the role, but such a large stage demands just a little more stage presence to fill it. Nevertheless there is no doubting her potential.

With a curtain drop revealing a beautifully crafted home set, The 1975 launch you into the realms of their fifth studio album, Being Funny In A Foreign Language, through the albums intro track and cleverly crafted video sequence that plays out on stage, climaxing in the revelation of frontman Matt Healhy's clever hiding space. 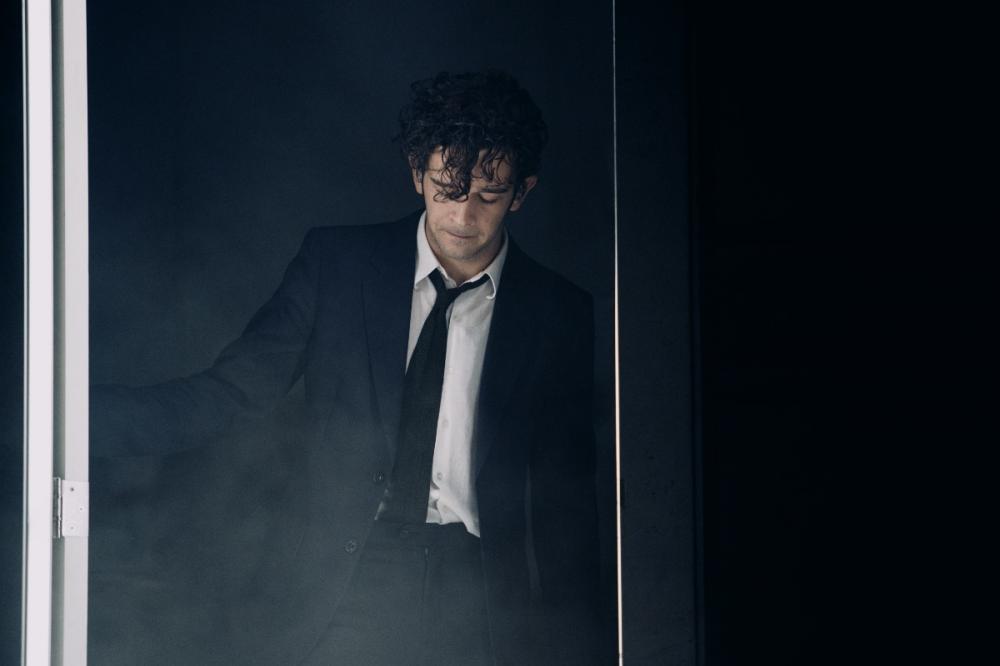 The 1975 UK Tour Photos: Jordan Curtis Hughes
The first half of the show revolves around the album amid a cleverly crafted theatrical production that feels both surreal and truly personal. This insight into Matt Healy's mind and his questioning of reality versus surreality, life versus existing, is paired with some of their finest songs to date. A truly transformative experience, this performance would not be out of place as a quirky West End treat.

As they reach the close of their latest album, they take a trip down memory lane for the rather uplifting At Their Very Best section. While there are clear highlights in the audience - TOOTIMETOOTIMETOOTIME, Somebody Else, Love It If We Made It and The Sound - the audience selection of Menswear as opposed to Paris surprised even the band, who dropped the latter in the set regardless. 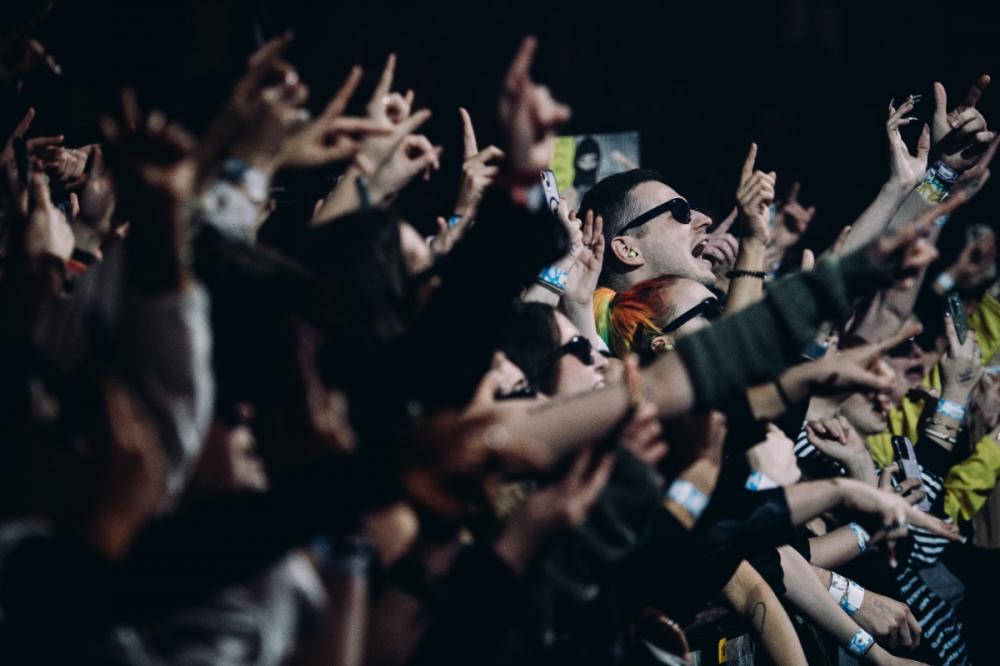 The 1975 UK Tour Photos: Jordan Curtis Hughes
Matt Healy and his school mates have been on a massive journey in the last decade. As their music has grown, so has their stage craft. This is without doubt one of the most original and impressive tours you will have witnessed.