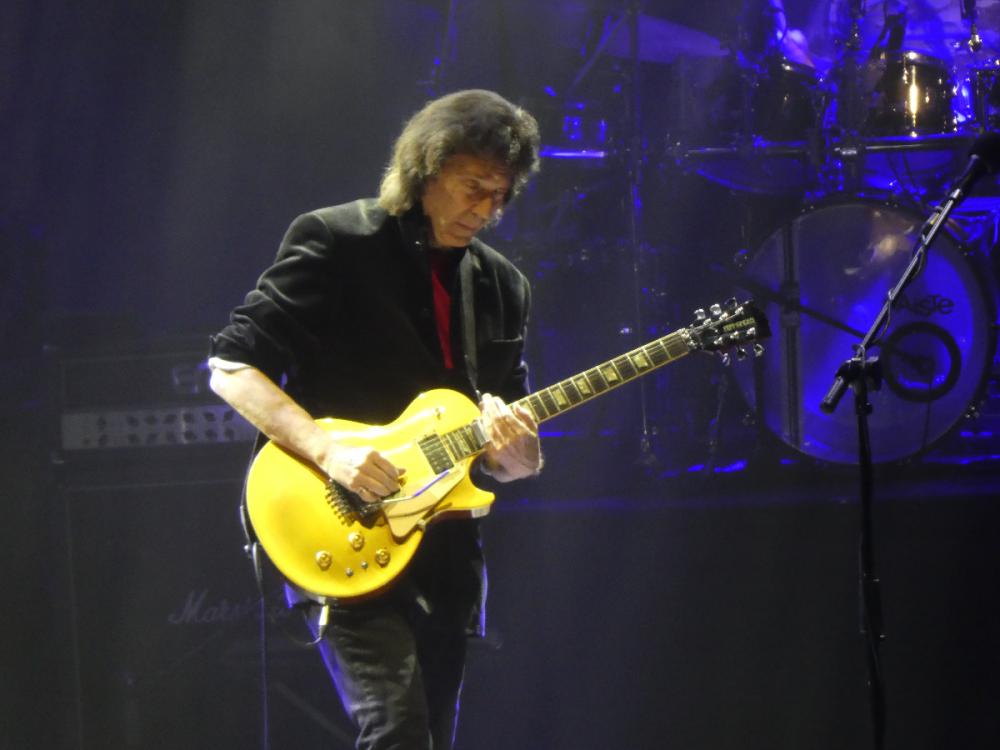 photos by Graham Clark
With the chances of seeing Genesis live again being a very remote possibility, former guitarist in the band Steve Hackett kept the spirit of the band alive with an accomplished set at York Barbican.

Hackett left Genesis in 1977 to follow a successful solo career after being part of the band during its formative years when Genesis were pioneers of progressive rock.

Hackett’s current tour celebrates the fiftieth anniversary of the Foxtrot album. Whilst not the most accessible of the Genesis albums, it was considered to be one which saw the British band at its peak, though with tracks like the twenty minute long Supper’s Ready you had to be a fan and not a casual observer to enjoy the suite of musical segments that the track possesses.

Concentrating on his solo work the first half of the evening showcased the various melodic styles Hackett had worked into his musical tapestry with segments of rock, jazz and classical woven into the patchwork with Spectral Mornings, the title track of his 1979 album sounding as magnificent as ever. 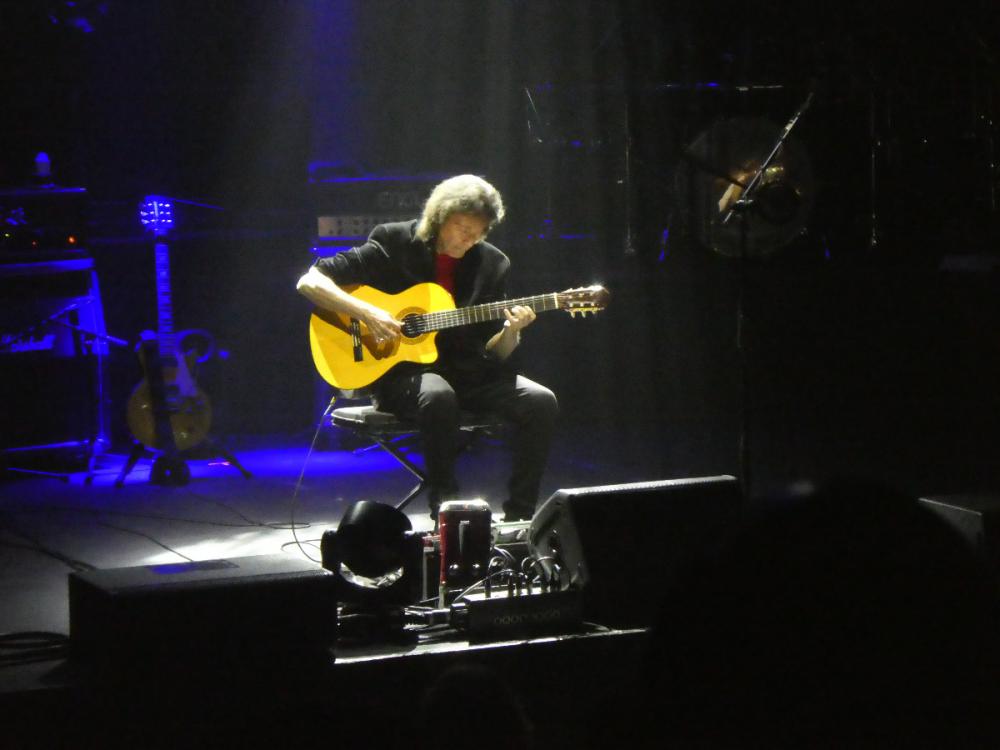 Hackett appeared to take it all in his stride - Foxtrot with its complicated arrangements is not an easy album to perform live, though he and his five piece band made it look effortless.

Watcher of the Skies opened up the complete re-run through the album with Hackett taking centre stage as singer Nad Sylvan stood to one side of the stage, never taking the limelight away from Hackett. Sylvan with his wide vocal range added to the songs with strength and conviction.

Get ‘em out by Friday took the audience back to 1972 when I would estimate half of the York audience were not even born.

Hackett appeared to be taken aback by the standing ovation and genuine warmth that he and the band received as the Foxtrot part of the show concluded.

The time machine then moved on to Firth of Fifth, a track off Selling England By The Pound
which showcased the best of progressive rock and Hackett’s melodic guitar playing. 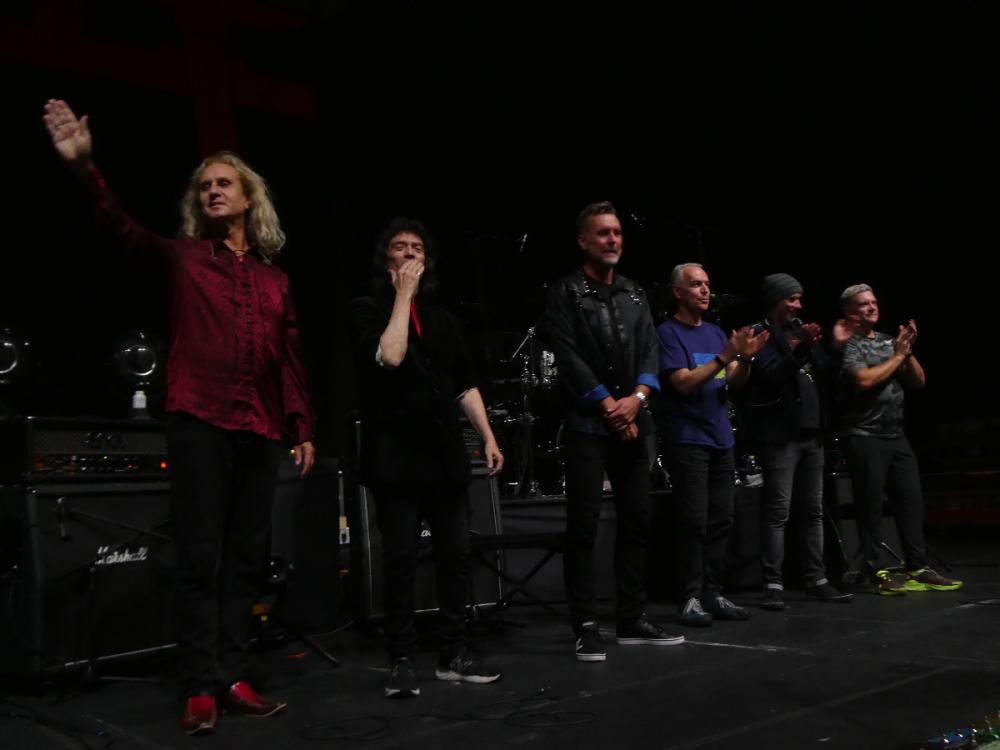 With the fans guessing which Genesis album Hackett will play in its entirety on his next tour, tonight had been one of pure class in musicianship with Hackett and his band on top form. Brilliant.