Standing in Another Person's Shoes: Noughts & Crosses and To Kill a Mockingbird 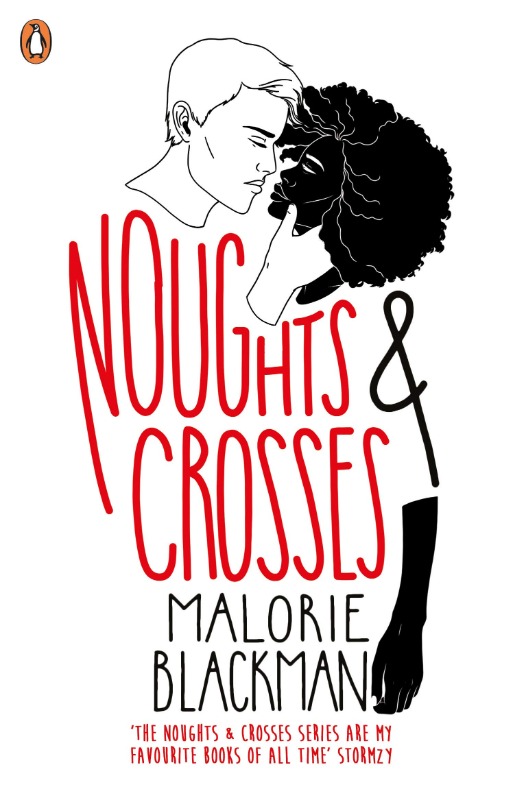 Noughts & Crosses, published in 2001, is the first of a series of novels by Malorie Blackman – the most recent, Crossfire, was published in August, 2019. Noughts + Crosses (currently a television drama) is a dystopian fiction based in a twenty-first century parallel universe. Their world, technologically at least, is similar to the one we recognise but with one key difference: equality between the races is explicitly lacking. The law and the constitution provide no protection for the colourless Noughts. The Crosses are the superior race, rich and powerful, with access to a good education. The Noughts are at the poorer end of society, one-time slaves to the Crosses and now, manual labourers and servants, with poor schools – if any at all.

Two young people are forced to make a stand. Sephy is a Cross and Callum a Nought and they have been friends since childhood. In a world where Noughts and Crosses simply don’t mix, however, a romance develops between them, despite the danger this brings. Rebel groups, violent terrorist activity, kidnapping, suicides all play a part in the political battles fought throughout the series and Noughts & Crosses introduces you to the characters and their troubles. Reading more than just the first book yields the benefit of accretion: prepare to be engaged by the rest of this highly thought-provoking series, in serial turn.

During this unprecedented time in global history (and perhaps the word ‘unprecedented’ should be removed from the dictionary when this is all over because it will have been worn out!) people are looking for things to do. One idea might be to read some of those classics which have previously been left on the shelf. It’s worth remembering that many of the classics, from Shakespeare to Dickens and Hardy to Austen, and even some twentieth-century standards, are free to download – no need to shop or grumble that the library is closed.

With that in mind, one of those novels which, like Noughts & Crosses, explores the theme of racial intolerance and prejudice, is Harper Lee’s To Kill a Mockingbird, first published in 1960, and winner of the Pulitzer Prize. As it celebrates its sixtieth anniversary, it is still regarded as a classic of American Literature.

The novel is set in Maycomb County in the state of Alabama, and spans the years between 1933 and 1935. In the northern states of the US, African-Americans have been afforded rights but at the time in which this book is set, these rights are not yet recognised by many who live in the South. The plot and characters are loosely based on Lee’s observations of her family, her neighbours and an event which occurred in her hometown in 1936. 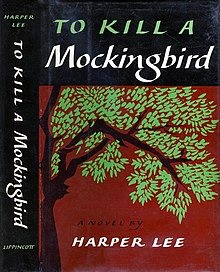 Divided into two sections, it is vital to read the whole of Part One which introduces you to the characters and attitudes of Maycomb, through the eyes of the narrator, Scout, or Jean-Louise, to give her her proper name. The knowledge of the alliances, the antipathy, the trust, the friendships which Part One affords, helps the reader to better understand the events and emotions of Part Two.
Scout is the daughter of the local lawyer, Atticus Finch, played brilliantly by Gregory Peck in the only film version made. Since the death of their mother, Scout and her older brother, Jem, have been brought up by their father, with the help of Calpurnia, their negro nurse. Better educated than most of the local children, the girl's is a wise head on young shoulders, though her naivety gives rise to occasional humour; her reaction to snow, for example, and her decision that one day of school is sufficient, provide a little light relief in an otherwise highly charged and thought-provoking novel.


Also by Artis-Ann ...
Review: The Litigators By John GrishamReview: A Street Cat Named Bob By James Bowen‘Things Are As They Are And Will End As They Must’: A Brief Affair By Margaret Leroy'You're My Favourite': Jane Eyre By Charlotte BrontëThere's Nothing Wrong With Being Eclectic
Part Two concentrates on the trial of Tom Robinson, a hard-working, upstanding negro, falsely accused of raping a white girl, Mayella Ewell, daughter of the notorious Bob. Tom is defended by Atticus Finch, appointed because he – and perhaps only he - can be trusted to mount a real defence. The moral hero of the book and a model of integrity, Finch is not prepared to take the easy route despite the danger this brings to his family and despite the fact that ‘in the secret courts of men’s hearts, Atticus had no case’. No spoilers, but the end of the trial is not the end of the book and Harper Lee intricately weaves in all the threads she has introduced, to produce a magnificent result.

An important figure is that of Arthur ‘Boo’ Radley. Rarely seen, misunderstood and much maligned, he is the subject of the children’s fantasies and games, yet ultimately, he plays his part, with perfect timing, and the children learn much from him. They learn, too, the importance of standing in someone else’s shoes to better understand a different perspective, be it that of Boo, Tom, the dreaded Mrs Dubose, or even Bob Ewell himself.

Throughout the book – a Bildungsroman - we see both the danger of bigotry, and the value and destruction of childhood innocence, symbolised in the motif of the mockingbird which only ever sings its heart out for our pleasure and harms no-one. Lee also considers class and gender, courage and compassion in a society where it seems ‘only children weep’. Some of the language could perhaps be challenged by a modern audience, but taken in context it serves to underline the extent of the abuse suffered by those who did not deserve it.

Persevere with the dry opening chapter which describes the history of Maycomb and the Finch family and allow yourself to dwell with the characters of the County; feel their fear and grief and witness the coming of age, not just of two children but of the town itself, where hope and justice begin to grow.

To Kill a Mockingbird was first published by J.B. Lippincott