Squeeze - A Tight Performance On Food For Thought Tour 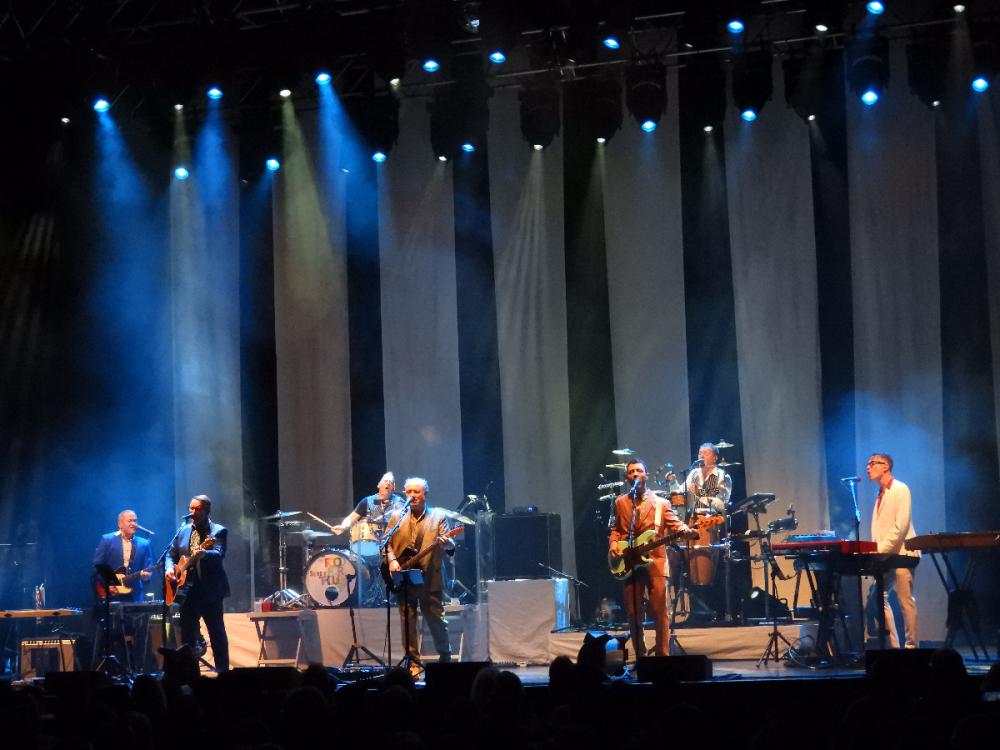 photo by Graham Clark
Glen Tilbrook and Chris Difford’s compositions have often been compared to the song writing brilliance of Lennon and McCartney. Hearing their songs back-to-back it felt hard to disagree as Squeeze returned to the Harrogate Conference Centre on the Food For Thought tour.

Showing that the band have a social conscience, all the money made from their new EP, named after the tour, is being donated to food banks across the country – food for thought indeed.

Opening up with Take Me I’m Yours the song felt like a statement of intent, the track from their early days has aged well. Having a percussionist in the line-up helped songs such as Hourglass gain a new dynamic as a beefy undercurrent complimented the track. Having a back catalogue of some of the best pop songs from the last fifty years was always going to stand in their favour in a concert that seemed to flow smoothly, making you think at the end of the day that to make a concert memorable all you really need is a batch of good songs – which Squeeze can admirably boast. 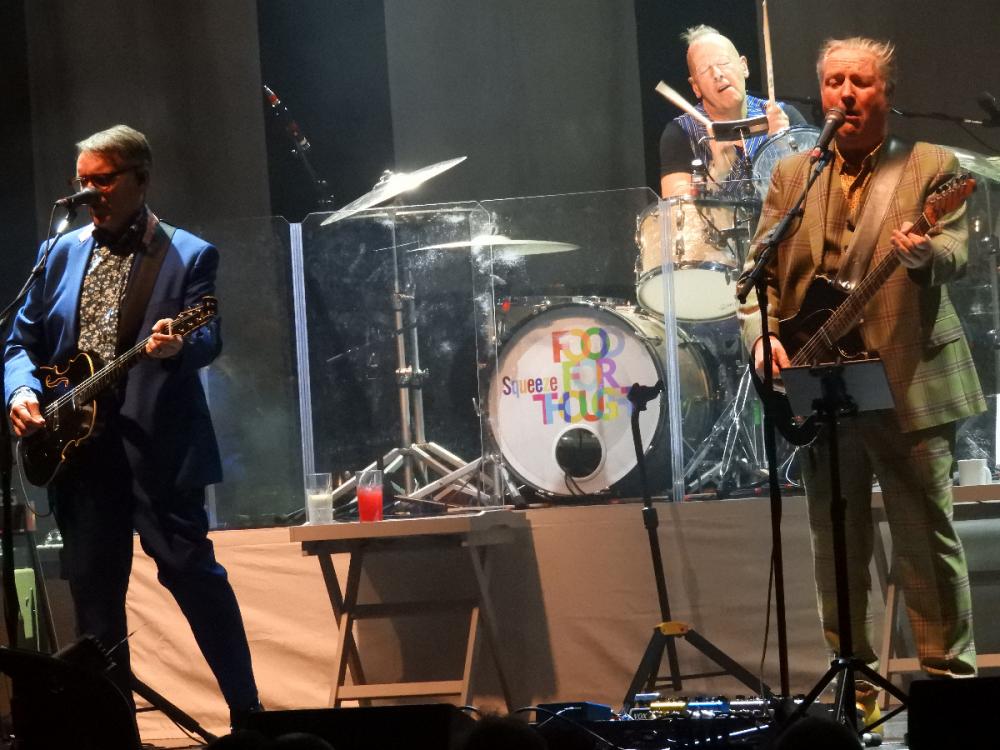 photo by Graham Clark
If it was not for changing adeptly from the out and out rock of F-Hole to the country tinged Labelled With Love the group showcased rare album tracks such as What Have They Done? And Letting Go. No Place Like Home was dusted down with a new arrangement which gave the impression that the band still had inspiration.

Cleverly interspersing the big hits alongside lesser-known tracks worked in the group’s favour. Pulling Mussels (From The Shell) and Annie Get Your Gun still sounded fresh – the band have played the tracks hundreds of times though they still made it feel fresh and invigorating with an enthusiasm that belied their years.

“We have missed you Harrogate, it is so good to be back” offered Difford in what was probably the understatement of the night. The interaction between a live audience and artist is something that the pandemic robbed us all of and one that no number of online concerts can replicate.

The funkiness of The Very First Dance contrasted well alongside the pop of Electric Trains – two tracks from the new EP which proved that their creative juices have not dried up, with both songs fitting comfortably in their armoury of luminous songs.

Closing the evening with a cavalcade of hits Goodbye Girl had the audience getting out of their seats. Tempted sounded magnificent albeit without the familiar tones of Paul Carrack who sang on the recorded version. Cool For Cats came with the assured cockiness that is associated with the track as Difford sang the song like the likely lad who is referenced in the song.

After a quick whip through of Black Coffee in Bed the night ended leaving the audience highly satisfied after gorging on some of the finest pop tunes ever written.


The tour continues with further dates in the north: