Speaking In Tongues: Shelling Peas With My Grandmother In The Gorgiolands By Sarah Wimbush 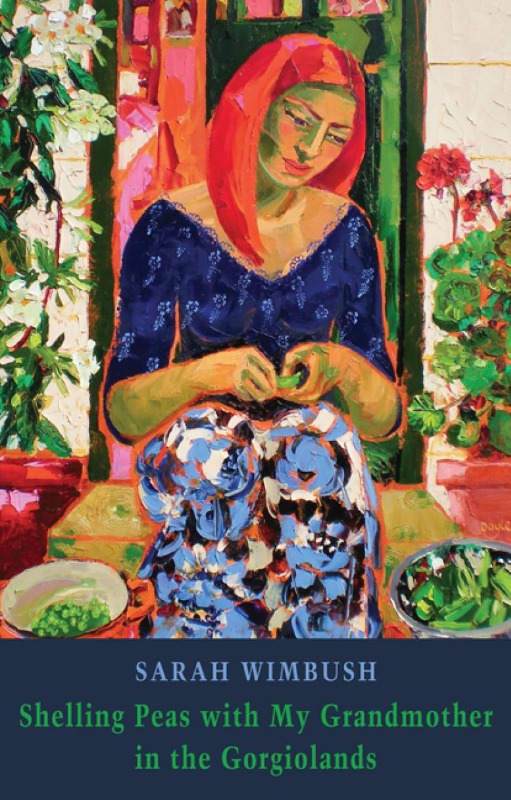 Beyond Sarah Wimbush’s cross-cultural celebration of difference is a kind of accord, an acceptance of the rubbishy glue that mostly fails to bind us. Running beneath vision, like the rich seams of coal that layer the strata under the redundant pits of her native Doncaster, her poems transform knowledge of her heritage and experience into a constructive light, far removed, in terms of generosity of spirit, from our instinctive capacity to prejudge the Romany Gypsy community, who contribute to Wimbush’s DNA. For here, in a major collection for Bloodaxe, is a humble, and humbling, homage to her roots, scoping widely over the terrain of the sometimes less than itinerant Traveller and the backwaters of Yorkshire, which have collectively helped to shape a piecemeal sense of identity.

The result is beautifully crafted and artfully delivered, drawing on a kaleidoscope of images, anecdotes and memories that clearly owe a great deal to research: Wimbush’s highly serviceable glossary of Gypsy expressions, suffixing each poem where necessary, is a useful resource for readers who are unable to distinguish the hotchi witchi (hedgehog) from cushti scran (good food). Turning her mind’s eye to the second-sight of Dukkering, or seeing the future, the narrator dons the mantle of seer to give an intimation of a power beyond the learned, in a distilled form that precisely captures the contingency of sudden apprehension, and a Blakean revelation of new realms:

‘It comes
as it will.

I squeeze my eyes,
press my ears,
purse my lips,

until it fades –
this grain of sand
in my crystal eye.’ (‘Dukkering’)

Such intimations of foresight would have hung or burned her Dukkering forbears at the stake in an earlier, more credulous, time, as the consanguineous poems Gran Violet Applies a Poultice and Carroty Kate indicate. Old attitudes are tempered in conclave, and it is no surprise to find that Wimbush’s sense of origin is similarly contingent: in the fluid inconsistency of Census, 1911 she describes how we arrive at determinations of provenance, based commonly on misapprehension and negotiation. The essential ‘statelessness’ of the individual, here picked out in the poet’s own ancestry, underlines the hybridity of culture, and there is no undue suggestion of elegy in the inventory of dates and names, more a coolly detailed affirmation of the misunderstandings and displacements out of which the newly assembled writer emerges. The series of almost regular stanzas alights in the North after a circuitous journey from the Midlands, and you might be forgiven for thinking that the arrival in ‘Donny’ was achieved by the sticking of a pin in a map, as hotch potch a determination as the blind alley of negatives and reversals that characterise this wonderful poem, where, ‘On the census / Fanny is called Annie’, and later, ‘Martha is thirteen / and the eldest of nine. / Not living in Worksop’.


The result is beautifully crafted and artfully delivered, drawing on a kaleidoscope of images, anecdotes and memories that clearly owe a great deal to research...
Such determination to restore clarity to the occlusions of history is deeply persuasive: here and elsewhere, the book’s coagulation of images sharpens the visible context of memory and narrows any hint of a disjuncture between poet and narrator. The absence of tidy, conveniently pithy, or transcendent conclusions to her poems corroborates a feeling that the process of enactment is ongoing, the lives of a drama’s protagonists still unfolding. A refusal to circumscribe poems in this way works to Wimbush’s advantage. The family who make up the dramatis personae of a cine film in Scarborough’s Peasholm Park at some point in the early ‘sixties, walk out of the celluloid and into our present in a vivid rendering of a storied tableau, and it is fitting that a poem that so convincingly delivers stories in pictures that I recognise intuitively should end only when the film runs out, and on the understanding that the paraphernalia of the domestic quotidian will burn itself into our memories indefinitely: ‘Nan spits on a hanky / and scrubs my toothless grin. White screen’. (‘Peasholm Park’) 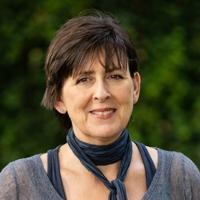 Sarah Wimbush
Wimbush, like Peter Sansom, is polished at cramming meaning into a few well-oiled phrases, giving away much more about the cultural context of experience than a meagre conjunction of words might suggest. The received impression is of poems distilled, excised of superfluity, cutting to the heart of the matter in an easy vernacular. See, for example, how the poet condenses the skilled labours of a father, his love for his daughter, and his encouragement of endeavours that will later come to define her, into an eloquence of concision. A simple considered act is opened up in regular iambics to reveal a kind of congress of effort and affection. ‘He’d blow’, observes narrator of father…

‘the ice-pick tip and jab his thumb
to test for firmness, then
above the whiteness he’d excite the air
with tiny circles. I imagined words
like: daughter, sharpen, write.’ (‘The Pencil Sharpener’)

The conceit is rehearsed and re-rehearsed throughout Shelling Peas: the identification of a working class culture through its visible locators, its shared entertainments, its beleaguered and fractious cohesiveness, and its tendency to nostalgic reinvention. Wimbush’s approach is fond without being sentimental; her overflowing box of images accumulate to form a protective carapace round memory, and to shore up authenticity. In this way, a poem about a Ford Capri makes of the long-nosed (‘if you can park that lass, you can park / anything’) motor a repository of the narrator’s past, a container for the japes, emotional investment, and jalopitous decline that accompanied its presence and purpose. And the humour that unfolded in a car whose ‘ruptured exhaust gaskets’ left ‘them in the back’ with headaches and breathing difficulties, and once ‘took out a lamppost’ without trying.

Humour, in Wimbush’s rendering, is a consequence of circumstances, a sardonic linguistic tic, predicated rather upon accident than design. She may intentionally be funny but she achieves her desired effect naturally, as though comedy offered a useful reversal of the centrifuge of poetic solipsism, or an antidote to cultural hubris. The narrator of Trip to the National Portrait Gallery, with the wife contrives, in five witty septets, to subordinate knowledge and taste to the blandishments of physical attraction, since the one-dimensional aridity of the pictures cannot stir the emotion like flesh manifested in the form of a male Galatea, ‘gorgeous’ in ‘tight red T-shirt’. Tipped towards breaking point by the sustained pretence of observation – ‘By Robert Stephenson / I’d begun to run out of steam’ – she chucks the exhibition, ‘Sod Lowry and Freud’, in favour of the man with his ‘thumb in his Levi’s’. The reader half sympathises with the bloke in the bra department in Inside Lingerie who, rejecting the attractions of ulterior motive, is quietly losing the will to live:

‘And the husband who stands poker-straight, arms folded,
next to the scarlet push-me-up JJ cups.
Like his flaming bus is never going to come’.

In an incredibly eclectic collection, it is a credit to Wimbush’s poetic control that she is able to declare a sense of class and cultural identity by general implication. Part Two, especially, of Shelling Peas, ranges over a South Yorkshire in post-industrial decline, economically ravaged after the pit closures and gradually losing grip on the mine-centred cultural adhesions of the postwar years. Reared in this landscape, the poet is a partisan witness, an observer of mores and idiosyncrasies through the uniqueness of regional demotic (several poems, here, are construed in, or include, vernacular phrasing), the vibrant colours of its social fabric, and the durability of family connections. From the distinctly Harrisonian Rosso Youthy 1984, where dialogic interjections breathe life into a convincingly drawn period terrain – -kin hell, did ya clock Stig’s old man knock that bobby’s lid off?; to the claustrophobic villanelle, William Shaw is lowered down the shaft, whose theme if not its form is also from the playbook of Harrison’s political sonnets, Wimbush’s sympathies lie resolutely with the miner, and with his class:

‘A chill gathers in the blackness;
the muddy wall, its inexorable cocoon.
Stretching, I reach out into darkness’.

It is Wimbush’s skill at conflation that drives her poetry’s sense of purpose: the bald juxtaposition of the old and the new, the replacement of a Pit Manager’s house with a Chinese (The York, Edlington), or the substitute ‘career’ of a ‘night shift at IKEA’ (Markham Main), lend her narrative the troubling power of irony. But the conjunction also hints at continuity. The ‘Together’ that ends the latter poem is enduring, forged in unity, a sentence in a word. And it is fitting that the declamatory prose poem that concludes Sarah Wimbush’s bracing and affecting book is an affirmation, a melding of the dynamism, the resilience, the energy and the defiance of a group of people standing in the shadow of the winding gear:

‘It roars by gas fires, and at the far table in the Club, and in the living
museum beside the image of a man digging forever through
a coal seam two foot thick. It is black lung and unwritten
songs. It is soup kitchens, work vests, hewers. Picks.’ (‘Our Language’)