Sleeping Beauty – A Beauty Of A Pantomime 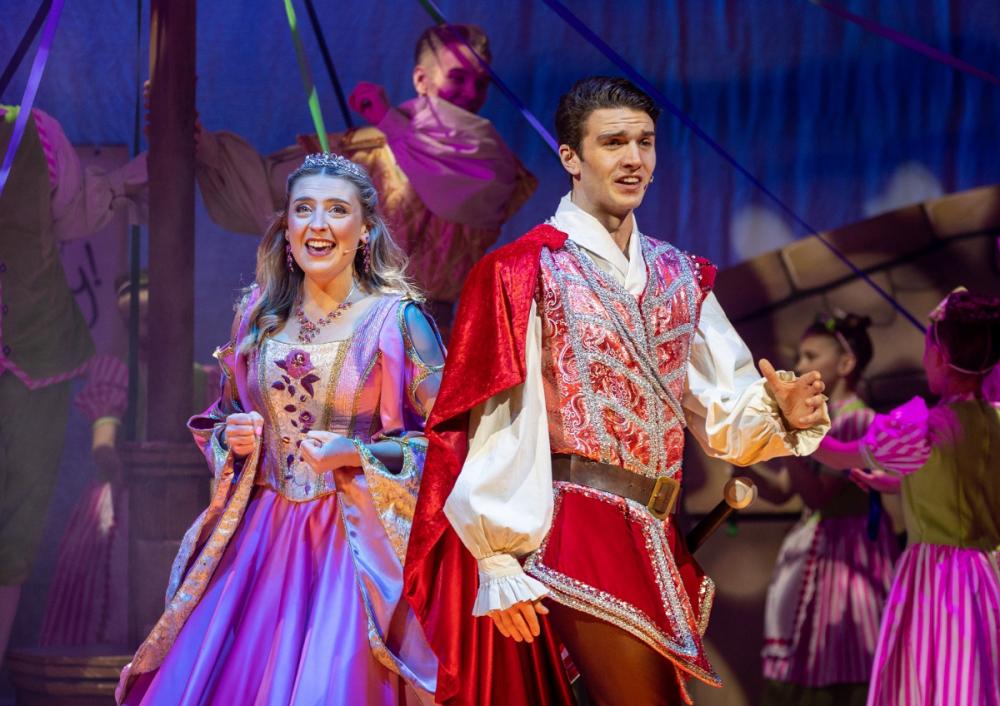 Maisie Sellwood as the Princess and Josh Belward as the Prince
Mention Blackpool pantomime and one name synonymous with the Grand Theatre production is Steve Royle.

Royle has been performing Blackpool pantomime for over a decade. From the moment he stepped on stage as Silly Billy, he captivated the audience young and old with precision comic timing. 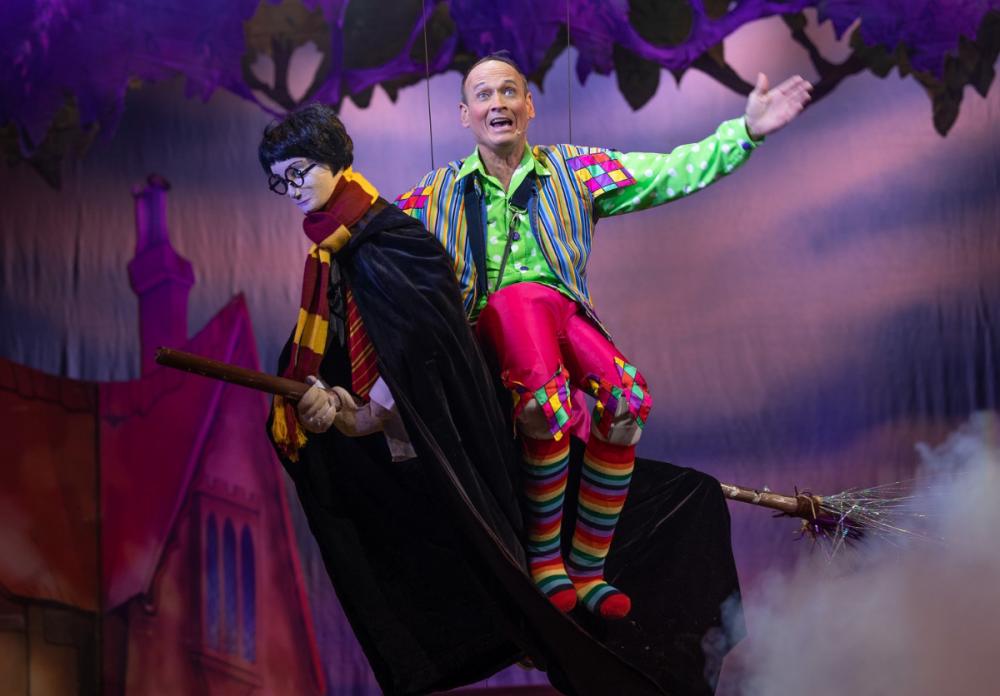 Steve Royle as Silly Billy
As pantomimes go, Blackpool runs just over 2 ½ hours – longer than other pantos I have seen this season, though it was so fast-paced one never knew what was coming next and, to pardon the pun, that was the beauty of this engaging and entertaining show.

The jokes were topical and the music bang up to date. Some pantos use the same jokes year after year, here they were fresh and funny. Whoever thought of including George Ezra’s hit Green Green Grass knew his very young fans are those that attend pantomimes.

Understanding your audience and what appeals is not any easy task but the producers have obviously done their homework – and score full marks. 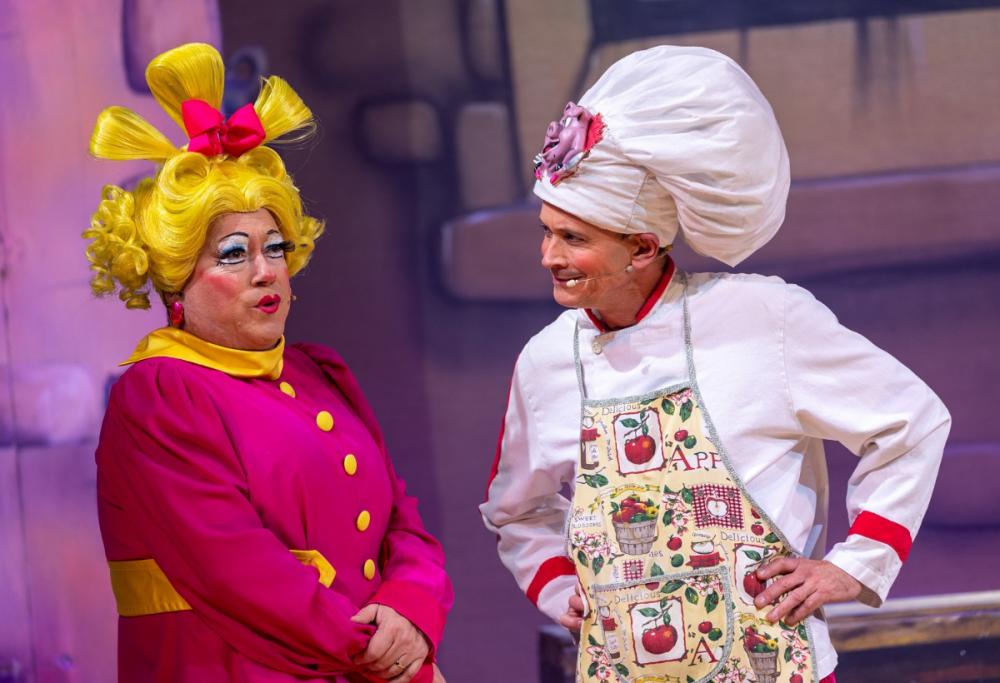 Meeks had some of the best lines of the night: “I have just been down to the promenade and there was a man selling old Covid tester kits – 1 for £2.00 or four for a Pfizer”, he joked.

Blackpool-born, former Emmerdale and Coronation Street star Hayley Tamaddon, was a delight and shone as the Good Fairy, bringing a touch of glamour to the proceedings. 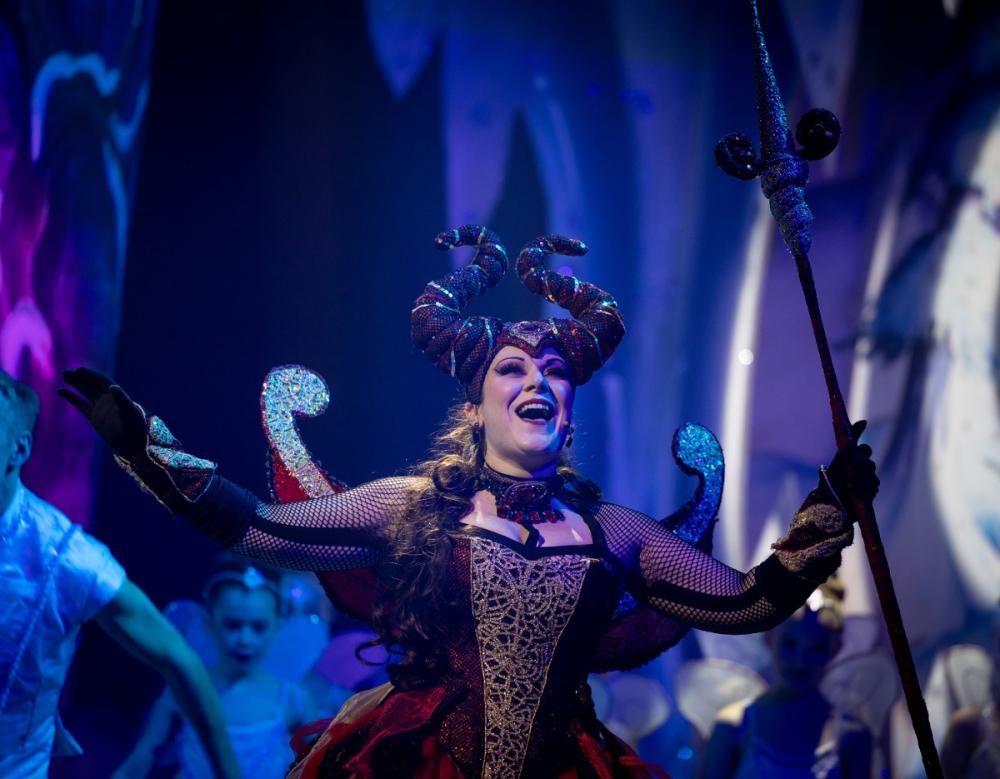 Christina Meehan as Carabosse
Christina Meehan played the evil Carabosse effortlessly, "You are about as welcome here as Matt Hancock was in the Jungle,” shouted the Good Fairy to Meehan before the baddie broke into a wicked version of Lady GaGa’s Bad Romance.

The Prince, charming and debonair Josh Belward, was joined by Maisie Sellwood as Princess Rose, who played the role with innocence. Their vocal harmonies were charming on songs such as Cyndi Lauper’s Time After Time.

Daniel Taylor as The King, seemed rather wooden at first, though by the time he had got into a breakdance routine he appeared to loosen up and settle into his role.

The young dancers from Barbara Jackson Arts Centre were enchanting and provided a youthfulness. They are the future of the theatre.

Add the colourful costumes, elegant stage sets, a trio of fantastic musicians in the orchestra pit, along with a good storyline and you have a panto I highly recommend.

A pleasurable experience which ensured no one was caught sleeping in this beauty of a pantomime.