Things do not always go as planned. The original date of the Sixties Gold concert should have been last autumn but Covid restrictions saw the date moved to this year.

Due to illness, Steve Ellis from the Love Affair was not able to perform. The Merseybeats were absent, as were The Tremeloes, because lead singer Chip Hawkes was unwell. His son Chesney was due to stand in, but he had contracted Covid, so stayed away from the concert at Leeds Grand Theatre.


Dave Berry
Thankfully, in the spirit of the sixties, the other bands played on. The Fourmost might have thought that they were going to spend a quiet Sunday night evening in; instead, the group were a late replacement for The Merseybeats. 'Baby I Need Your Loving' showed that they can still cut it live.

Dave Berry dramatically entered the stage as he waved a white glove from the wings before he delivered a memorable set. 'The Crying Game' has been performed by countless singers over the years, but Berry’s version is still the most famous and probably the best. Joking, “I bet you were expecting a younger man”, the 80-year-old still has a commanding stage presence.

row[
Mamas and Papas
PJ Proby
]
When the Mamas and Papas UK arrived on stage, they visually looked like they were an Abba tribute band – more 1970s than 1960s, though vocally they were impressive, especially on 'Monday, Monday'.

PJ Proby brought some Texas sunshine to Leeds with his hits 'Hold Me' and 'Maria', and the hits given a new lease of life with saxophonist Sophie Freeman.

Vanity Fare were another last-minute replacement on the tour, though with hits such as 'Hitchin a Ride' and 'Early in the Morning', they received one of the biggest cheers from the audience so far. The Swinging Blue Jeans rocked with 'Hippy Hippy Shake', but it was Herman’s Hermits who really moved things up to another level with 'No Milk Today' and 'Sunshine Girl'. 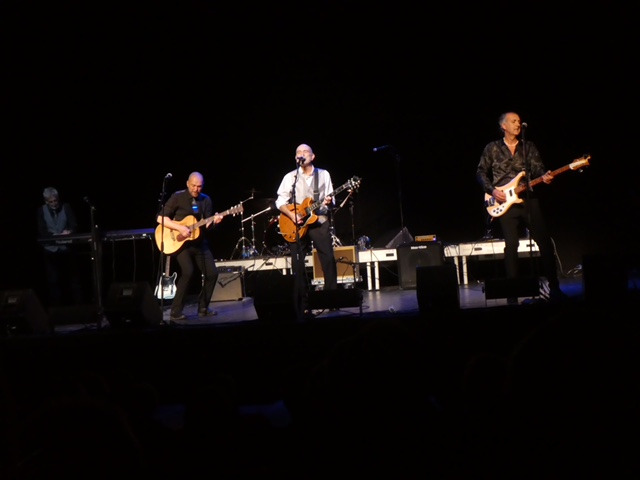 Marmalade
]
The ever youthful Marmalade were worthy headliners. Lead singer Sandy Newman led the band through a selection of hits that were as infectious as his smile. The Lennon/McCartney song 'Ob La Di, Ob La Da' closed a rousing set – with keyboard player Alan Holmes somersaulting across the stage at the end of the show!

A great evening of memories and music.