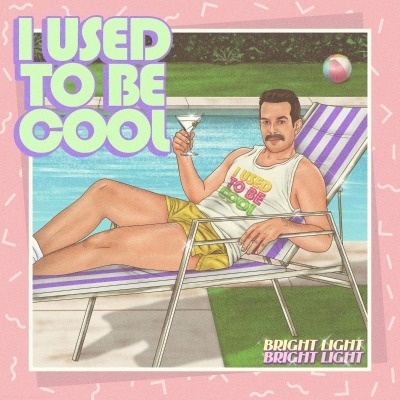 Live music has hit the headlines this week. Not necessarily for the positives. While we all crave live performance in our lives once again, with many artists turning to drive-in venues as a safe alternative, Chase Rice and Chris Janson opted to deliver concerts which didn't exercise social distancing. Without getting too political, we do side with Kelsea Ballerini and the general public response... Without wanting to dwell on the negative, we are excited to see how the drive-in concerts function.

In the meantime, here is a rundown of this week's single releases...

Bright Light Bright Light is drawing ever closer to the release of his new album, Fun City. Having already treated his listener to some of his strongest songs to date, he releases the playful I Used To Be Cool as his new single. Arriving at the close of Pride Month, this is a deliciously camp, tongue in cheek anthem.

2 years after his successful run on X Factor in Spain, Pol Granch has released a string of stunning singles and an impressive debut EP. His latest single, Chocolatito continues the winning streak. A breezy, teasy, summery number.

A collaboration between Marshmello and Halsey was always destined to be a huge radio hit, but that doesn't always mean that the song itself will be worth the hype. However, in this case Be Kind is worth all the playlist attention it has already received. A real bop.

Birmingham's Mayday has teamed up with Roll Deep's Manga Saint Hilare and producers DubzCo for this summery anthem. While the lyrics are poignant, they are not Mayday's strongest, yet the light drums and driven hook of 'never been welcomed in, always been on the outside' is hard-hitting and memorable.

Itamar Isaak is the Israeli soloist behind Izakman. Based in the gorgeous Jaffa, the anglophile has clearly been listening to a lot of David Bowie. As influences go, Bowie is always a brilliant springboard. However, Cyber Love feels a little laboured at points and could do with the ethereal lift that Bowie often featured in his work. 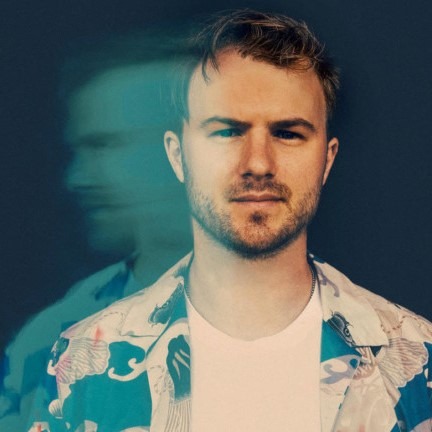 Los Angeles based and London born, Johnny Ashby has already been named by Huffington Post as one of their Top 5 emerging icons. It is little surprise when you hear the ethereal indie insight of Born Again.

Sometimes you just want chilled vibes to mellow your mood. Greed does exactly that. Yet simultaneously it delivers some very thought provoking lyrics. Sit back, relax and think...

Mo Pitney boasts one of the best voices in the contemporary Country scene. His new single Local Honey shows a playful side to his sound, which certainly holds appeal. While he has the starts of an anthem, it doesn't ever seem to get into fifth gear.

Ocean Alley are currently riding high in the Australian charts and it is clear to see why from the anthemic thrust that is their latest single, Hot Chicken. Baden is about to be in your favourite vocalists list. 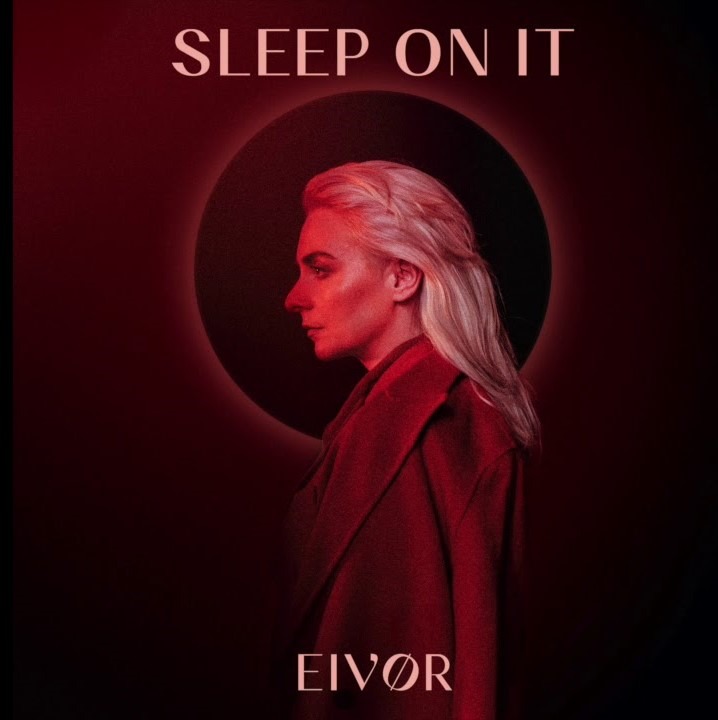 Faroese singer/songwriter Eivør may have only released her UK debut, Slør, back in 2017, but her recording career started way back in 2000 when she was 16 years old. Her sound has evolved greatly over the years and Sleep On It is an understated epic moment.

Garrett Owen was raised in Africa by missionary parents and struggled to adapt when he relocated to the States. The struggle prompted him to attempt to take his own life. These Modern Times shows a weight in his vocal, but also an optimism. It is a lovely teaser for his album, Quiet Lives.

Lindsay Ell for a far too long was an underappreciated upcoming talent, however, when she released her third studio album (and label debut) The Project back in 2017, suddenly the world stopped and listened. wAnt me back is taken from her forthcoming fifth album, Heart Theory, and it is a heart on sleeve beauty.

Grace Davies should be a big name. She is getting there. Steadily. Her latest single Just A Girl shows that she can channel Kelly Clarkson without simply copying her.

Souther Londoner Kelli-Leigh is perhaps best known to date for her featured vocals for the likes of Duke Dumont, but with a steady stream of singles and decent radio attention, she is starting to break out on her own terms. Whiskey Midnight deserves to be big.

Harry Lloyd is Waiting for Smith. A former ski instructor who broke his back in two places, leading into a musical epiphany. The road to musical release may have been tumultuous, but so worth it. Lines of Love is a mellow gem.

Beth Keeping is pitched as Taylor Swift meets LAUV. The comparison is clear in her new single Cool Kids. It is definite bop, but could do with a bit more bounce to really make it memorable.

Rotherham's Alvarez Kings have come so close to big time on many occasions. And they really do deserve to be a stadium filling act. However, this One Republic driven single isn't their crowning moment - even if it does play more directly into the hands of radio producers.

Echoes From Yesterday by Dean Grant is the upcoming studio album from musical Francophile Dean Grant. Having honoured the French classic vocalists throughout his recording career, he has digitally teamed up with the late great Sacha Distel for this impressive rendition of the classic Cheek To Cheek.

Mexican LGBTQI+ advocate and singer JeyB has teamed up with La Chule Ruiz for Pink. As Pride Month has just come to a close, this is an impassioned ballad that expresses the need for love and understanding. 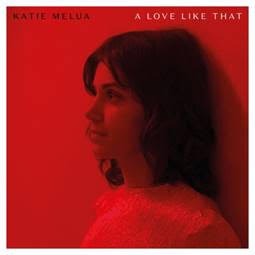 Katie Melua has either been watching a lot of James Bond or immersing herself in the latest Jack Savoretti album of late, for A Love Like That is an interestingly dramatic turn from the beautifully vocalled artist.

Vilnes takes elements of Erik Hassle, Bernhoft, Ray LaMontagne and Fitz and The Tantrums and mashes them together to craft his own distinctive sound. Gabriella is soul and sun soaked indie pop.

Shropshire based trio The UMA are still relative newcomers, but they have certainly delivered the heat with Wake Up and Working For It. Although it is named Fire, The UMA doesn't have the same spark as their previous singles. It's still a bop though.

With two albums under his belt, Israel's Osher Cohen is building a solid reputation as a performer both on his home turf and on the international scene. כל הזמן אומרת showcases his rich vocal, which easily moves heart and mind.

Thomas Bartlett is known for his extensive work as a producer, pianist and all-round musical collaborator. Amazingly he is only just releasing his debut solo album, which is headed up by the truly captivating Lucida. Close those eyes and dream.

Finland has always excelled at heavier sound of metal music. Blind Channel are approaching their third studio album and have unveiled the surprisingly poppy metal Gun, which has echoes of early Sum 41.

Shaima has been heavily championed by the BBC Asian Network and Outsider makes it clear why. Having never felt fully Western or Eastern, her Bollywood inspired R'n'B sound takes the best of both worlds to craft explosive pop.

Ellie Goulding rarely disappoints. Having really evolved from her more subtle dance folk sound into a fully-fledged pop icon, it is clear that her upcoming fourth studio album may hark back to her early days sonically. Slow Grenade is pop, dance, folk and electro shimmer.

Lusine was dubbed by Simon Webbe as the Armenian Toni Braxton, while her appearance on the Ukrainian series of The Voice turned her into a viral star. Yet nobody would have predicted her next move would be in the group Samuum, who are a hypnotically Middle Eastern sounding act. Think M.I.A produced by Crystal Castles and Idan Raichel...

Peter Katz - I Will Never Leave You Rating: 3/5

Peter Katz is back from his hiatus. Having spent a decade on the road promoting his stunning and very regularly releases, he needed time out. His return single I Will Never Leave You is a bit messily layered at times, but does boast a strong chorus. 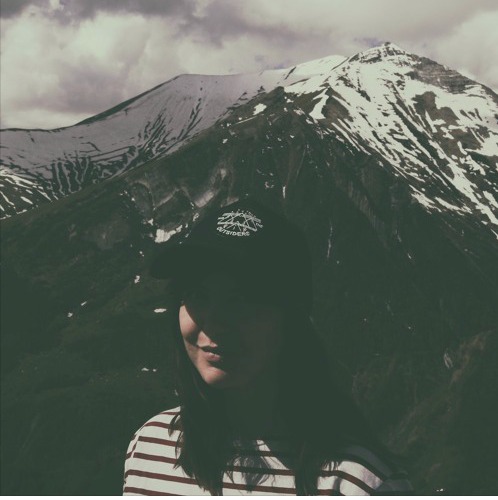 Adam Kane made his name as the frontman on both Cave Painting and Company, but not goes it solo as Sad Funeral. Kazbeg is a strong start. This is one for any Fleet Foxes fans.

Sola Rosa return with this stunningly uplifting Kevin Mark Trail collaboration. With the summer sun out, it provides the perfect chilled vibe to just lose yourself in.

Low Cut Connie's upcoming album Private Lives has been teased by a diverse array of singles. Stay As Long As You Like is the best to date. Simple and stunning.

Former The Voice star RaeLynn has released some of the best Country singles of recent years, but her more recent singles haven't quite reached the heights of the likes of Love Triangle. Me About Me comes very close to that particular peak. 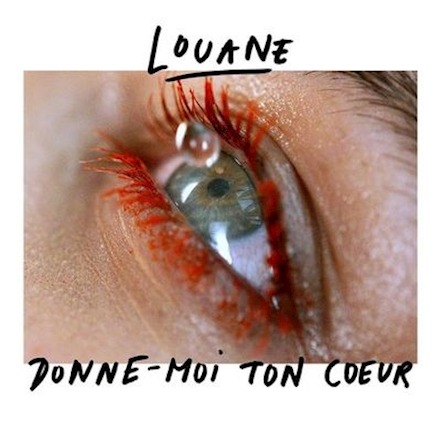 The Voice France's Louane is best known on the international stage for her 2017 collaboration with The Chainsmokers, but her own back catalogue warrants exploration. Latest single, the subtle bop Donne-moi ton Cœur is lush.

A household name in her birth country Georgia and country of residence Greece, the pop icon Tamta really deserves to be a huge name around the world. Move On is another anthem added into her already impressive catalogue.

Sub-Radio are to be filed alongside Donkeyboy, Walk The Moon and Kiriyama Family. Nostalgic pop with heart that makes your body always move. Clark Kent is a lush mid-tempo that will win you over with it's super-powers.