As another week flies by, we hit the end of the summer period with an influx of new names and striking releases from established acts. Here is our rundown...

SINGLE OF THE WEEK: Mike Clerk - Thoughts Of Fools

Having almost given up music when he stepped back from The Lost Generation, a crowd-funding campaign saw Mike Clerk return to his passion. And thank goodness he did. Thoughts Of Fools is a confident sound, which hooks you in and doesn't release you. We need more...

Katy Perry - What Makes A Woman

Whether you love or hate the radio dominating Smile, there is no escaping it's addictive upbeat refrain right now. However, as Katy Perry slows it down with the acoustic release of What Makes A Woman, she showcases the rich depth of her vocal and intimacy of her lyrics. Lush.

Tory Lanez has teamed up with rising star Dyamond Doll for the rather impressive Automatic. As the duo bite back against each other in a louche manner, their undeniable on-record chemistry fizzes into a winning single.

Mariah Carey and Lauryn Hill - Save The Day

As if the announcement of a new album of Rarities was not enough of a gift for her fans, Mariah Carey today unveiled the Lauryn Hill collaboration Save The Day. Two iconic vocalists and a sample of Killing Me Softly - sensational!

Bright Light Bright Light is just around the corner from his new studio album, Fun City. His new single features the awesome Caveboy and as they explore acceptance and identity in a playful retro-pop anthem.

Ferris & Sylvester - I Should Be On A Train

Ferris & Sylvester are building towards the October 2nd release of their I Should Be On A Train, and to tease it they have released this absolutely sensational title track. Haunting vocals explode in raw emotion. Wow.

2020 has certainly welcomed the return of the political anthem. Taking an ecological throughline to his charge, Pete Kronowitt delivers Roly Poly. A brilliant message, but not the most original song.

Diana DeMuth - Into My Arms

Featuring Wesley Schultz from The Lumineers in her latest music video, Into My Arms, is a wise move by Diana DeMuth for the single has the same chant along charm as The Lumineers' Ho Hey. It is strong song, but not her strongest.

Right now Sports Team can do no wrong. As a result a band delivering a similar sound will garner comparisons to them, moreso than they would fuzzers The Strokes. Window Seat sits realistically between the two. The bite isn't fully there, but it certainly hints at future greatness.

Montreal's Flara K could be called something of a happy accident. A chance meeting in a coffee shop lead to their collaboration, and if patience is anything to base judgement on, their coincidence is the music world's gain. Rather wonderful.

Charles Esten was one of the stand-outs on the hit TV series Nashville. It is therefore rather a shame that his solo material has been as mixed in quality as it has been. Sweet Summer Saturday Night isn't bad, but it sounds more like an average Saturday night chillaxing than a sweet summer Saturday night... 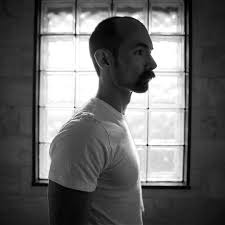 Garrett Owen - No One To Save You

Garrett Owen was on tour with Parker Milsap when he wrote the insightful gem that is No One To Save You. While the lyrics let you into his soul, his almost upbeat delivery shows the determination that saw him through a troubled time.

Citing Frank Ocean, Choker, HOMESHAKE, The Internet and D'Angelo as key influences, the minimalist sound of Isolation is a faultless echo of the challenges of 2020. While the song has heart, it also in unafraid of distance and quietude.

Back in 1981 Kim Wilde hit the charts around the world with Cambodia. Now reworked by Anna-Sophia, it certainly has a contemporary edge to it. Anna-Sophia's vocals are sweet enough, but the production could do with a bit more punch.

Austrian popstar Mathea has crafted a sound that is immediately recognised as hers. This doesn't change on the mid-tempo High Waist, which is perfect for radio.

Aidan Tulloch has just released his debut EP, Somewhere Without Lights. The single Milk and Orange Juice packs a punch but also knows when to reign in the glitchy sounds. With echoes of Kiasmos, this is a rather striking sound.

Michael Butera sits somewhere between Scott Spark and Kubb. A storyteller at the core, his lyrics are a strength, but it is his enticing delivery that really gets you at your core.

French credi-pop singer TESSÆ returns with her latest single, Salope, and what a return it is! A stunning dance anthem that cleverly plays with tempo as it makes you move.

Mark Read is possibly not the best known of the a1 bandmates, but those that have followed him are aware he has a stunning voice. Smile Again is a very positive summer anthem. The lyrics could be a little stronger, but there is no denying that this does make you smile.

Madeline Juno nearly became a global icon. It didn't quite work out and she reacted by releasing her best material to date in her mother tongue. Obsolet is the first single post-2019's Grund Genug and it is every bit as strong as the album that preceded it.

Kevin Simm is a brave man. Not many take of the Queen B and succeed. However, the Wet Wet Wet frontman, who was once part of Liberty X and romped to victory on The Voice, has the voice for it. It doesn't quite reach the peaks of the original, but this is rather impressive.

Lauren Alaina and Jon Pardi - Getting Over Him

Lauren Alaina should be huge. Her sophomore album was one of the best country pop albums we have ever heard. Sadly her latest single Getting Over Him takes a more generic approach. It's radio friendly but not the most impressive release in her back catalogue, even if her voice works well with Jon Pardi's.

For some Jedward were the 'novelty' act on X Factor who prospered on other reality platforms. For others they are the Eurovision act who delivered memorable anthems. Extraordinary shows that they are much more than both these things. While the verses could do with a little something extra, had this chorus been delivered by HRVY it would be played everywhere.