School of Rock – In A Class Of Its Own At The Alhambra, Bradford 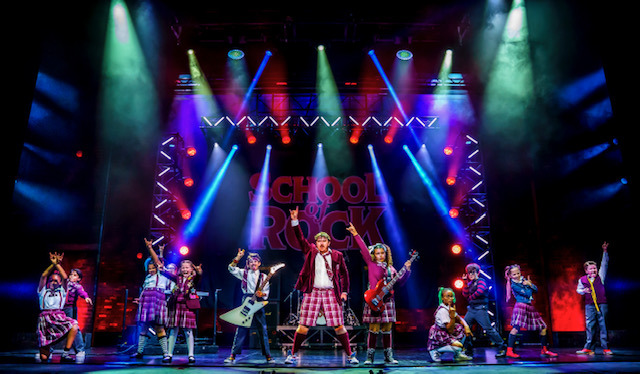 The last time I saw a rock band grace the stage at the Alhambra in Bradford was when Def Leppard played there almost 18 years ago to the day.

When No Vacancy opened the comedy musical School Of Rock in Andrew Lloyd Webber’s hit show, performing 'I’m Too Hot For You', it almost felt you had travelled back in time.

Rock music might not be something you would associate with Andrew Lloyd Webber, but this touring adaptation of the hit film is a blast from start to finish. To be fair, there are only a smattering of rock songs; the other numbers tend to be the usual music you would expect in one of Webber’s musicals.

There are more rock clichés and devil hand signs throughout the performance than a Black Sabbath gig – all led by an energetic, youthful and talented cast.

Wannabe rock star Dewey Finn (Jake Sharp) is cast out by his dive bar bandmates in the group No Vacancy, and finds himself in desperate need of cash. Posing as a substitute music teacher at an elite prep school, he exposes his students to the rock gods he idolises, transforming them into a mind-blowing rock band. 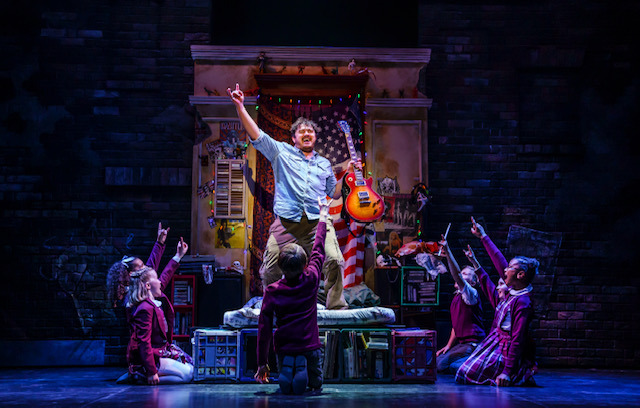 While teaching these pint-sized prodigies what it means to truly rock out, Dewey falls for the school’s beautiful, but uptight headmistress, Miss Mullins, helping rediscover the wild child within her.

The youngsters, who are up against Finn’s old band, No Vacancy, form a band hoping to win the "Battle of the Bands" competition – but will they win? The ending might not be what you think.

Jake Sharp plays the unconventional, uncouth and unhygienic Dewey Finn to a tee, as Jack Black did in the film version, easily slipping into the part, whilst closet Stevie Nicks fan, Miss Mullins, is played with authority and dignity by Rebecca Lock. When she gets the chance to sing, her voice reminded me more of Julie Andrews than Stevie Nicks!

The theme of rebellion that undercuts rock music comes across superbly throughout the show as the mild-mannered pupils of Horace Green school begin to discover their rebellious side, aided and abetted by Finn, much to the disdain of their parents.

The audience is informed at the start of the performance that the youngsters are actually playing their musical instruments. These young stars look to have a bright future ahead of them.

Saffia Layla played the smart and sassy Summer as the band's manager, whilst in the band Marikit Akiwumi tossed her head from side to side, playing the bass as Katie; Emerson Sutton, as drummer Freddy, was rock-solid; Oliver Pearce was the cool keyboard player as Lawrence, whilst William Laborde as guitar hero Zack even performed the famous duck-walk, normally done by AC/DC’s Angus Young. 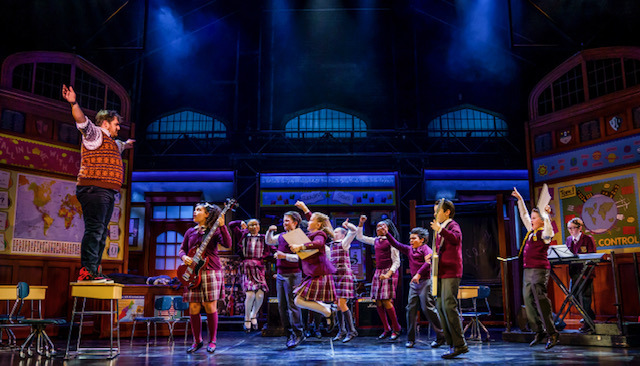 When Souparnika Nair, as Tomika, sang 'Amazing Grace', you could almost hear a pin drop. Even the sweet-eating bag rustlers were stopped in their tracks.

One particular song that appears many times – 'Stick It to the Man' – could have been an old Alice Cooper number. Even if you are not a rock fan, it is a track that you cannot forget.

A highly entertaining evening – one that will make you want to dig out your air guitar when you get home. This School of Rock is pure class.