Review: The Smash-up By Ali Benjamin 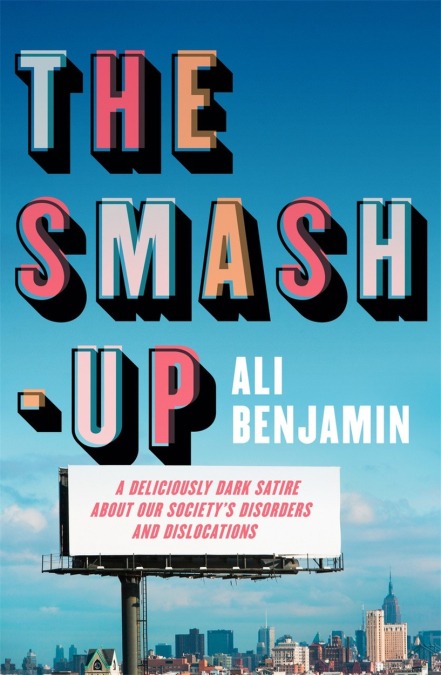 The Smash-Up is a timely novel for those, like me, who observe the world around them with disbelief, forcing personal expectations to flex in anticipation of the next peculiar occurrence. The book is best described as an honest attempt to process the absurdity of the modern world, injecting truth, honesty, humour and despair into the analysis.

The opening words, "What happened?", set the scene. It's 2018 and the question is initially being asked in response to the election of a president who remains nameless, but whom we all know. The dismissive retort is "well, why wouldn’t it happen these days?". From my perspective, the US election of 2017 brought home the reality of our divided society: politically, socially, morally...

The Smash-Up centres on Ethan, forty-something, married with a child and dog; on the surface, all seems normal. His reality is relatable to many – he worries about money, his dwindling income, he has the burden of childcare left to him by his wife, who isn’t recognizable anymore as the woman he married. Factor into this the babysitter, twenty-something Maddy, whose residence in their house is a touch unusual, and who casts an allure over Ethan, and one might almost suspect that all is otherwise normal.

But Ethan is weary of the world he inhabits. He accepts it all with a resigned sigh and keeps his commentary internal. He is not prone to self-pity, even when his old business partner starts to harass him, coercing him to blackmail someone they once knew, who is now famous. The former business partner, aptly named Randy, is desperately seeking to avoid being swept into the melee of the latest furore, the #MeToo movement.

Ethan observes his world in the way a stranger might encounter alien shores for the first time. He just doesn’t understand anyone anymore. His wife, Zoella, we do not warm to at first. Hostile and haughty, she channels her frustration into online shopping for unnecessary household furniture, whilst inviting her women’s group, All Them Witches, to rally in her front rooms to chant songs about vaginas as they don balaclavas and rail against the injustice of the nomination to the Supreme Court of Brett Kavanaugh (who again remains nameless). Pretty normal, right?

But this leads to the key point of the novel. In the modern world, fact and fiction get tangled together, the convoluted knot unresistant to reason or scrutiny. Why? Because we all feel we have a point, and thanks to social media we all have a voice, so we can air grievances, cause dispute, or rally support, however insubstantial our “cause.” It seems that often, conjecture takes the place of truth, and sometimes those who are making the protest are as guilty of misappropriation of fact as those they criticize. 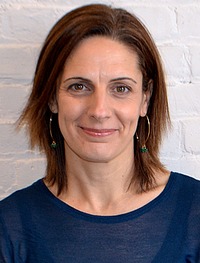 Ali Benjamin
The narrative is written in the third person, primarily from Ethan’s perspective. We are allowed to get very close to him, hear his thoughts, and his unspoken inner monologue. Zoella remains an enigma at first, her troubles concealed by a steely, defensive exterior. Their daughter, Alex, is eleven; she has ADHD and can be troublesome. She is a child of the modern world, however - happy one minute to lose herself singing a rendition of Wicked’s ‘Defying Gravity’, and to follow it with a very matter of fact statement: “Daddy, some women have penises. Duh.”

She attends The Rainbow Seed School, a strange educational hybrid of what we’d imagine a hippy school to have been and what might now be called “progressive.” We observe the head teacher, Mr McCuttle, who hosts the parents at a “conference” with another mother. The rival women pull no punches: this is schoolyard politik let rip. The headmaster encourages the meeting participants to place their pins on a “mood board” where they can choose to express how they feel: yellow equates to “high intensity positive,” and red is “high intensity negative”. There is even a “parking lot board”, on which points of discussion to return to after the main discussion is concluded are recorded. Once the women have finished their disputes over their children, the list includes: Masculinity – toxic or healthy?, Nazis, kids in cages, the end of life on earth. It demonstrates quite how much there is to trouble these small-town folk, when they are open to distraction. The rival mother makes a valid point, perhaps cutting to the core of the problem: “you think that because there are problems out there, we should just - what - ignore the problems that are right here at home?”

This book is perhaps a satire, yet it is so painfully close to reality; the boundary is wholly blurred. Maybe a more apt description would be - an acute observation of the fallacy of the modern era.

Of course the novel explores the human need for connectivity; relationships are what keep us stable, whilst simultaneously ripping us apart at the seams. Ethan has piecemeal relationships with the people he encounters day to day - the “trivia triumvirate” who occupy his local coffee shop perhaps giving him a sense of comfort, despite not wholly understanding them either. Even when he feels there might be a connection, or commonality, he soon discovers how little he truly knows. As we approach the devastating denouement, we discover the truths that hide in plain sight, and we are brought back to reality with a bang. The finale reminds us that life really does exist in the observable world, and not via a screen. The truth, the reality, hurts. It reminds us what actually matters – it’s not about how many followers you have on social media, it’s about those who live and breathe and share your intimate reality.


Also by Caroline Spalding...
Review: Lonely Castle In The Mirror By Mizuki TsujimaraThe Imposter by Anna Wharton: A ReviewReview: Bright Burning Things By Lisa HardingAn Interview With Femi Kayode - Author Of LightseekersGirl In The Walls By A.J. Gnuse - A Review
The Smash-Up is compelling, enjoyable and, for the most part, not depressing, despite often being painful enough to make us wince. Reading it, you might stop to wonder how humanity, as clever as it purports to be, could descend to such depths of farcical absurdity. You might find it refreshing; it might even give pause for thought. However you take it, the novel is a masterpiece of observation, social commentary and is most definitely not a chastisement or a plea for us to take note. The novel is not written in judgement: it can either make us laugh in the face of our own stupidity, feel shame in its reflection, or actually think for a moment, “what if?”. Either way, it is an engaging, thought provoking and darkly satirical novel; this isn’t a dystopia, this is our reality, and Ethan sums it up rather nicely: “I guess this is your goddammed life.”


The Smash-Up is published by Riverrun