Well, what can I say? This major undertaking is clearly the result of extensive research and a vivid imagination, not to mention hard work in getting it all on paper. I read Martin Venning’s claim that his new book only came about because of lockdown and he has clearly made very good use of his time.

On one level, it is a simple story: Peace International, a charitable organisation, funded by several different governments, seeks to prevent wars and to provide information which will assist in the maintenance of peace between global powers. A group of volunteers who, between them, have a variety of skills, sets out on a mission to confirm the veracity of reports of the building of a chemical and biological weapons centre in Iran, for the production of weapons of mass destruction. The clandestine entry of this seemingly unlikely group, into a ‘dangerous and semi-lawless’ part of the country (particularly the village of Ibrahim Sami), the search for evidence and their retreat, form the baseline to this novel. 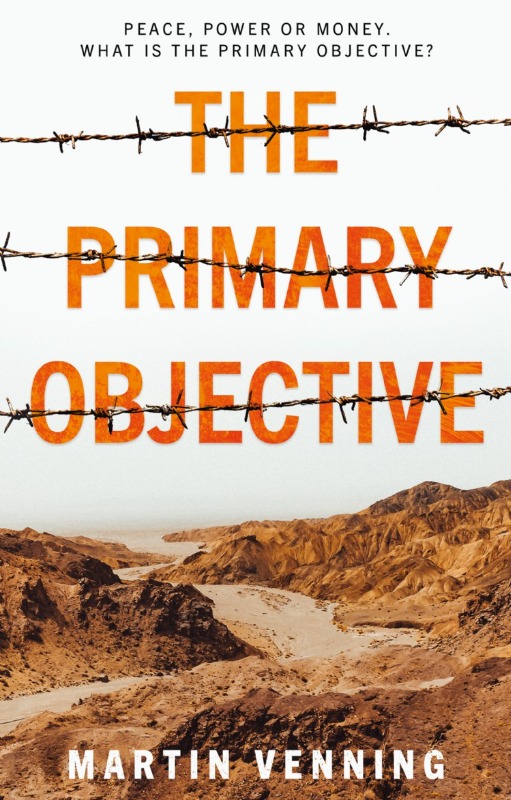 However, nothing is that simple. The narrative becomes complicated as politicians, soldiers and civilians mingle, each with their own 'primary objective', be that to make money, stop conflict or extend their power. It is an interesting read if you can get your head round the geography, the politics, the crime, the financial incentives, the lies - and the alliances which have been formed. The complex relationship between Russia, China and Iran is evident but then, so many characters are introduced, that it is hard at times to keep track of them all. Talk about intrigue! How can one narrative include WMD, world trade, organ harvesting, people trafficking, drug smuggling, property development and prostitution? It’s a sordid existence but by the end, the reader comes to understand that the characters involved all affect each other in some way, as the threads of their existences are cleverly interwoven in what is actually shown to be the small world we live in. Greed is often the motivating factor; after all, they say everyone has a price. Revenge also plays its part: a dish best served cold!


Also by Artis-Ann ...
‘You Have To Know Your History If You Want To Put Things Right’ : Charity By Madeline DewhurstPractise To Deceive: Transcription By Kate AtkinsonJamaica Inn By Daphne du Maurier - A ReviewFighting The Big Boys: Village Of Second Chances By Gina HollandsA History Lesson: George Orwell's Animal Farm
The characterisation is interesting in its variety and detail. Hafiz might be a father and might once have been a simple peasant farmer but there are many facets to his being. It is suggested that he is an innocent man, who in simply trying to do his best for his family, has become embroiled in ventures he does not fully understand, but his lack of a moral compass becomes clear and ‘innocent’ is not a suitable adjective. Mr Alrakahthan is too smooth (outwardly at least) to be anything but successful, despite the wildly questionable dealings in which he engages at all sorts of levels, while Mahta and Hanah are two strong women, determined not to be confined to the kitchen.

There is a lovely caricature of the ministry officials, or ‘Westminster rabble’, when they are first introduced. Although ‘Eddie, my dear fellow’ becomes far more realistic when he finds himself on more dangerous soil, literally and metaphorically, having to trust officials from governments with a distinctly different agenda from the one he is pursuing. The ease with which Jamshid can be recruited and subsequently controlled, is subtle in its brevity but sinister enough. There is a nice cyclical touch when Jack, the most incongruous and frankly, unlikely, member of the PI team, features at the beginning and at the end. Shimina may simply be attracted to him at first, as a good looking catch, but she sees that he also has his uses; the suggestion at the end, therefore, that there is more to their relationship than infatuation and a means of escape, is a positive one.

With its long chapters, this is not a book which can be read in short bursts. The narrative is mired in detail which serves to provide a visual understanding of the area as well as an insight into the complex web of political dealing and double-dealing which occurs. I admit to welcoming the line ‘it was time to refocus and press forward to a conclusion’ and I sighed when I realised I still had ninety pages to go, but occasional typos notwithstanding, it was well worth seeing it through to the end.

The Primary Objective is published by Matador