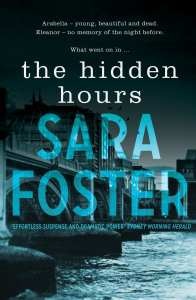 It’s a long time since I romped through a book this quickly. Two sittings and only because bedtime came and went and I had to delay finishing it until I could sit up with a cup of tea in the morning. Sara Foster’s Hidden Hours is an exciting and engaging psychological thriller.

To begin at the end with the powerful and heartfelt Afterword which, in part, explains the importance of books to the author who found them to be her salvation when lonely and in despair. She didn’t find solace in books because they provided an escape route, but because their creators seemed to read her mind before she could find her voice, and could provide answers when she had not even phrased the questions. Sara Foster advises us all to find our own books, and in them, our own truths, a sentiment to which I can truly relate.

So, back to the novel, in which the prologue introduces us to the protagonist, twenty-one year old Eleanor, who has previously needed counselling for reasons not at first revealed. Her state of mind is an important factor in the book. She has travelled from Australia to England in an attempt to flee her demons but everyone knows the beggars only follow you.

Chapter One begins with the death of the charismatic, senior executive of Parker and Lane publishing House, Arabella Lane, whose body is found floating in the Thames. There follows an investigation into her untimely end. Eleanor was one of the last people to see Arabella alive but she cannot remember anything of the evening from the point at which the latter slapped her husband at the staff Christmas party. Others tell her that she followed Arabella out, but as her drink had been spiked, she was at the mercy of a cocktail of alcohol and drugs. With the loss of memory, she is full of anguish and doubts and struggles to control the paranoia which threatens to overcome her once more, as her past comes back to haunt her. 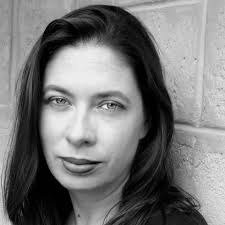 As the police interview her and the other suspects, Eleanor finds her suspicions aroused on too many fronts, even wondering if she is being set up to take a fall. She is staying with her uncle and his ice-maiden wife who also works for Parker and Lane. They were close friends with Arabella. As Eleanor becomes closer to the family, especially her two young cousins, she discovers too many uncomfortable truths as the family slowly unravels.

This novel is intense, full of emotion and grief. Part way through, an additional layer is added as chapters which slowly reveal the traumas of Eleanor’s past are interspersed with the events of the present day; an easy rhythm is established as Foster moves effortlessly between two time frames. As she reminisces on family life in the outback, the Australian settings of Eleanor’s troubled childhood are beautifully drawn and juxtapose well with a wintry London.The suspense builds slowly to culminate in a satisfying ending.

There are so many themes explored, from childhood trauma to post-traumatic stress, the power of memories and the suppression of guilt, personal crisis, family drama and unhealthy secrecy, and each is treated with sensitivity. Many of the main characters experience isolation but from different standpoints: family, work, relationships, and so many appear content yet hide their torment from those around them. Principally though, this novel centres around the issue of dysfunctional families and particularly the impact on children. It is easy to feel great empathy for the main character and indeed the characterisation of all the players in the novel is excellent – so too the veritable feast of language.

Although set at Christmas, with references to London’s Christmas lights and ice-skating at Somerset House, the mystery of Arabella’s death and Eleanor’s past gives this novel a gritty texture; not what you might expect from festive Yuletide fiction but certainly worth reading.

The Hidden Hours is published by Legend Press