Test Signal, co-published by Dead Ink Books and Bloomsbury, is an anthology of contemporary short stories produced by writers based in the north. The book emerged as a result of a project undertaken during the pandemic, in partnership with the organisations New Writing North and the C&W Literary Agency and was compiled after an open call for submissions revealed a wealth of literary talent based in the region.

The book comprises a refreshingly diverse collection of genres, styles and literary techniques: the stories are engaging, often questioning, and above all, demonstrate how far literature can transport us beyond our own geographical boundaries. If it is impossible to define a ‘northern style’, or what makes a ‘northern writer’, then this anthology is a testament to that fact that ‘the north’ is by no means an homogenised entity confirming to obsolete stereotypes.

The collection begins with a rather poignant musing on how we choose to engage with the natural world. ‘Clavicle Wood’ (Andrew Michael Hurley) explores how we attach significance to our surroundings by dint of what they come to mean to us. The story is appositely set at a time when the immediate landscape took on a more profound meaning, during lockdown, when all but the local vicinity seemed so far removed. 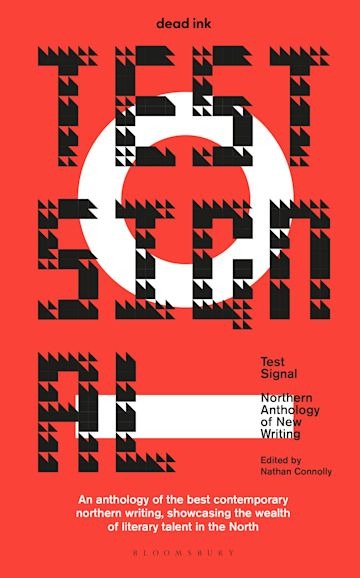 ‘Making Monsters’ (Amy Stewart) takes us to Greece, and conveys a chilling, almost surreal response to a past trauma. It blurs the boundaries of perception, questions what we choose to see and believe and is just the first in a number of haunting and evocative short stories which share these broad foundations, yet are each utterly unique and mystifying. ‘Wabbit’ (Matt Wesolowski), for example, left me speechless and somewhat perturbed, as if I’d caught a glimpse of the terror that can be conjured by a damaged mind, whereas ‘The Coorie’ (Carmen Marcus) struck me as a reflection on grief, captured in an almost dystopian setting.

Many of the pieces offered an insight into a world we might recognise, but the distinct nuances of which we cannot begin to understand. In the stories we encounter vivid characters who reflect the diversity of our society, and scenarios we cannot reconcile ourselves to, yet the veracity of the prose confirms our belief that this is life, beyond our limited horizon. There are also scenes and indeed places that will be familiar, to which we may relate, but often, the candour of the narrative makes us confront a wholly new perspective – no two voices are the same, but in their own way all embody a profound eloquence.

‘We’re Made Of Electricity’ (Jane Claire Bradley) depicts the events that surround the disappearance of a child but viewed from the unusual perspective of another child. ‘Not My Usual Practice’ (Tricia Creswell) addresses the conflicting pressures created when moral obligation and professional duty appear to restrict the choices we might make from simple, human compassion. ‘Asylum Decision’ (Tawseef Khan) is an intense and powerful account of the asylum processes that take place every day, but of which so few of us have any understanding.

Geography, or rather an identifiable ‘north’, does feature in many of the stories. Sometimes the references are overt, and often just implied – as if to leave the reader with the choice of specific identification. Some of the stories capture the notion of the north being ‘left behind’ – the so-called north-south divide we are constantly reminded of. ‘Doorstep Pictures’ (J. A. Mensah) conveys an idea of social isolation, whether through geography, or by virtue of race or background. In this story, the setting is a place closed off to outsiders: “Cambois was a place that had no signs pointing towards it… (as if) no one who had anywhere else to go would be headed there”. Yet it also reflects how residents of some more isolated settlements might truly feel – separated, and alone. In ‘God Hates Withernsea’ (Adam Farrer), we read the narrative of someone who has fled inland, away from the unmitigated and often apparently indiscriminate destruction reaped on the land by the ocean. It beautifully captures the misguided hope that is commonly held: that bad things only happen elsewhere. Here, the characters cling to the belief that their homes won’t be swept away by erosion, and we see our helplessness in the face of the natural environment. On this forgotten stretch of coastline the ocean claws back the land we claimed as our own, and we can do little to defend ourselves.


Also by Caroline Spalding...
Review: Cold Enough For Snow By Jessica AuReview: Good Intentions By Kasim AliReview: Strangers I Know By Claudia Durastanti, Translated By Elizabeth HarrisReview: The Love Songs Of W.E.B. Du Bois By Honorée Fanonne JeffersVioleta By Isabel Allende - A Review
Test Signal demonstrates how fiction truly has no boundaries: it showcases the work of twenty-two writers of the north, a mix of established and new voices, none of which is defined by provenance, or present domicile. Fresh, new perspectives are conveyed by these writers, each in a truly distinct style.