Films: See How They Run 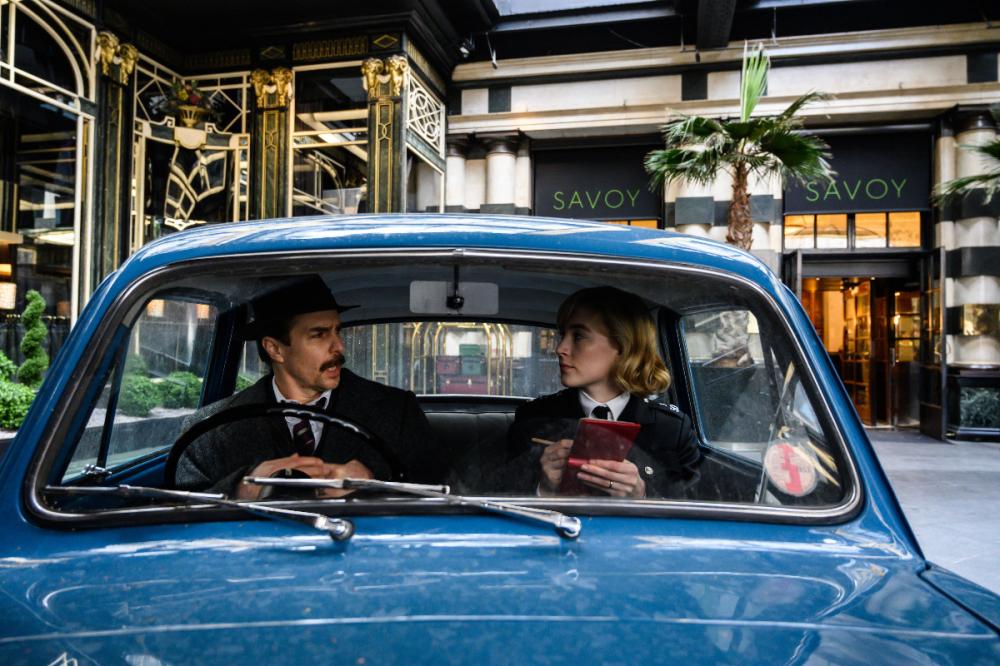 You really cannot beat a good whodunnit. All these years later, we know the formula, but filmmakers keep refreshing the ‘gather in the drawing room’ approach of the genre in a variety of interesting ways.

Be it Kenneth Branagh embracing the format in his old fashioned but fun Poirot films, the Scream series integrating changing horror genre tropes into the mix, Rian Johnson’s Knives Out (and his sequel Glass Onion this year) using the genre’s joys to mislead/re-invent the whodunnit for a new generation or Helina Reijn’s Bodies Bodies Bodies telling a whodunnit horror story through the distorted lens of influencer culture.

And now we have See How They Run, a charming little British whodunnit concoction, which has far more going on beneath its hat than a simple homage.

The film is set in 1953 London, and stars Sam Rockwell as Inspector Stoppard, who works a murder case, whereby an American director of the upcoming film adaptation of Agatha Christie’s The Mousetrap and its hit stage play has been found murdered. Accompanied by plucky ambitious Constable Stalker (Saoirse Ronan), Stoppard must try and make sense of the constantly shifting characters and events and solve this case.

From the picturesque Jamie D. Ramsay cinematography to the throwback bopping of Daniel Pemberton’s score, See How They Run knows its genre, and has a very mischievous and cheeky old school charm with it but with a very modern glance at such material.

Mark Chappell’s script allows for many good laughs and constant fun send ups and acknowledgements of genre and cinematic conventions/tropes of the era. Sadly, the film does go a bit too far for its own good with its Agatha Christie tributes, especially come the conclusion, which is arguably the point, but still things get a touch untidy as a result.

However the madcap plot is kept at a constant chug and it is aided in its momentum by the ensemble cast, who are an absolute delight. David Oyelowo as a pompous respected playwright and Harris Dickinson as a young Richard Attenborough both especially shine among the starry supporting ensemble, which includes talents like Reece Shearsmith and Adrien Brody.

Though it is the film’s two terrific lead characters in Sam Rockwell and Saoirse Ronan that truly crackle onscreen. Rockwell and Ronan have a great chemistry together and a an enjoyably developing double act here, and I’d love to see a sequel with both Stoppard and Stalker back with a different set of characters (think British Knives Out style in that respect).

An enjoyable rainy evening’s watch, which is a theatrical murder mystery that doffs its cap to a vintage era and has fun with the format and style. It’s a hit darling.