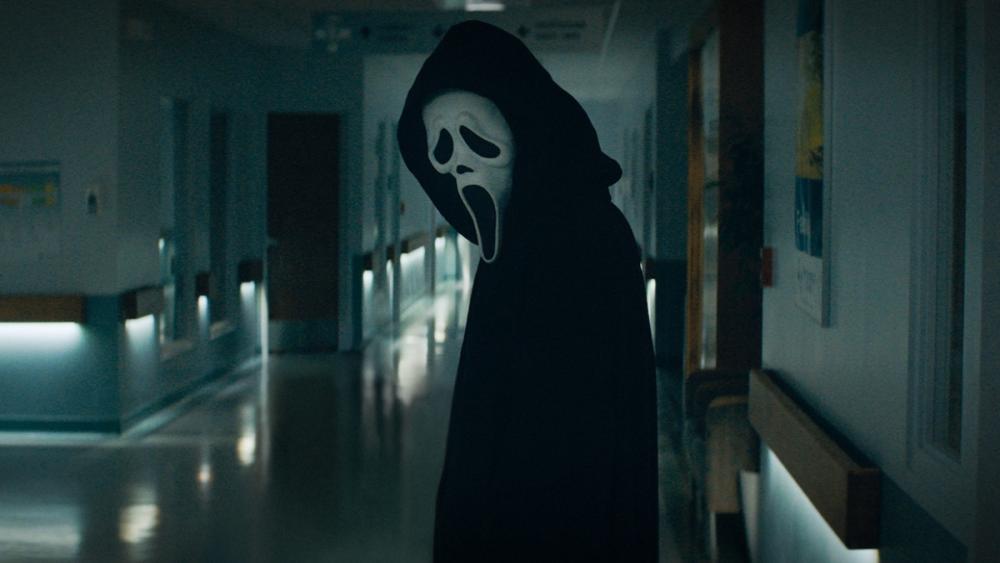 People keep talking about a slasher horror revival, what with the recent successes of Halloween, Candyman, the Chucky TV series and Halloween Kills, and with a new Texas Chainsaw Massacre on the horizon, it seems like things are very much heading that way.

Well, with Scream (2022), the fifth instalment in the late great Wes Craven’s groundbreaking meta horror series, the return of slashers is not only confirmed, but we may be on the cusp of a new golden age, as the genre is indeed back and with a bloody vengeance.

Scream for my money is undoubtedly the best entry in the franchise since the original film. Intentionally positioning itself as a kind of reboot, this sequel has so much to say about toxic fandom, 'elevated horror’ discourse, film consumption in the social media age, the new generation of youth and the emerging ‘requel’ age of filmmaking. And this meaty wealth of themes and intertextuality revitalises the franchise.

The story itself blends new and old, as the Ghostface killings that have plagued the town of Woodsboro have started again, but this time something feels different. And as two estranged sisters are brought together by the killings, they seek the help of people who know first hand how to survive the terror of Ghostface.

Directors Matt Bettinelli-Olpin and Tyler Gillett not only honour the horror master Wes Craven with their film but the greatest respect I can pay to their fantastic directorial work here is that it feels as though Wes has returned to helm one last Scream. They just nail it and understand his creation so well.

The returning legacy characters play a great part in the story, which branches into a compelling new generation too, and the whodunnit element feels genuinely unpredictable at points. More so than some of the other sequels.

While the performances likewise feel like they are all in on the tone and obviously the returning faces understand the Scream experience but so too do the younger cast, who seemingly relish being able to leave their mark and create a legacy, just as much as the original actors take pride in expanding their own.

There are also a real emotional elements too, especially in a mid-film moment that will hit longtime fans very hard. While the script maintains a deft balance of funny, playful and downright brutal as well. There are even some effective atmospheric horror jolts that are delivered throughout.

Grisly, taut, funny and clearly made with such respect for the strain of Meta Horror that Craven created and later cultivated. Scream is an exceptionally crafted film, with a lot to say and add to this franchise. Not to mention, it arguably stands as the best horror of 2022 so far.

Welcome back Ghostface, go and join Michael, Candyman and Chucky at the winners table, can Mr. Voorhees please be next!!