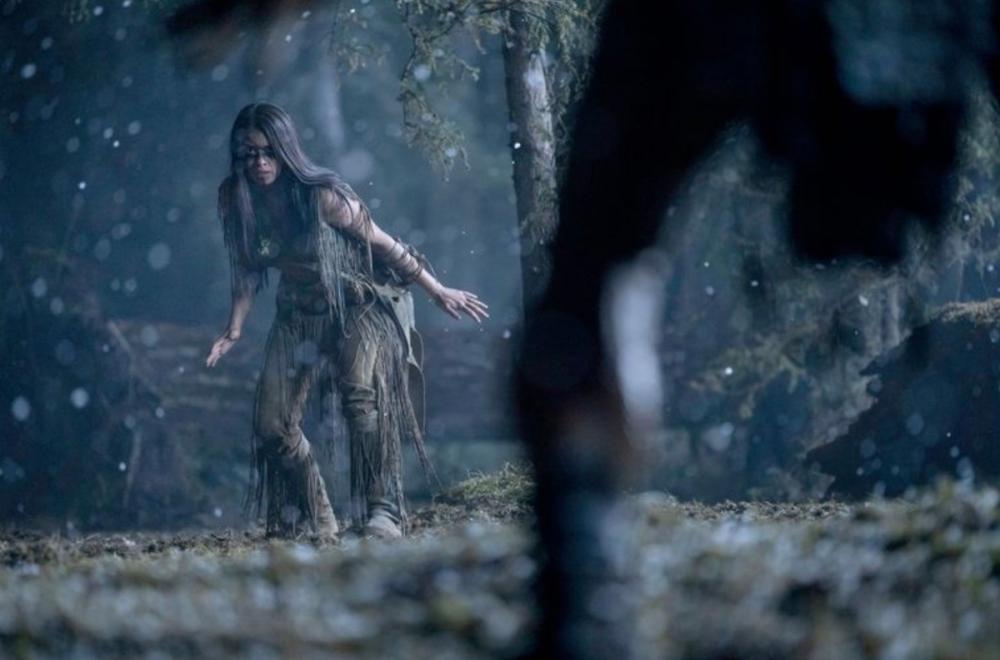 Since its inception in 1987, Predator has gone on to enjoy quite a unique legacy in cinema history. Starting off as a testosterone-fuelled entry into the ‘80s action landscape, with a sci-fi/horror twist, the film has since been embraced in different ways by new generations and nowadays enjoys its standing as a classic, with an awful lot to say beneath its rippling muscles and camouflaged alien menace thrills.

The franchise it has inspired, despite being one of mostly good quality (barring the crushingly disappointing The Predator from Shane Black in 2018), has been less lucky, with the common opinion being that there has not been a good Predator film since the first. Though I am thankful to see a re-assessment recently of the very underrated Predator 2, a film which in fact is paid tribute too by this new instalment in the series. And to that point, we arrive at the feet of 10 Cloverfield Lane director Dan Trachtenberg’s Prey.

Serving as a generations old prequel/reboot to the series, set back in the Comanche age of Earth 300 years ago, the film sees young woman Naru driven to prove to her tribe that she can hunt, until she is given the ultimate test to do so, in the shape of an unseen extraterrestrial force, who has arrived on Earth to hunt the biggest prey and assert its dominance.

Prey is precisely the film you hope it will be. A stripped back Predator story from the incredibly talented filmmaker Trachtenberg, which takes the series to its primal roots, but does so in a most refreshing way thanks to Patrick Aison’s screenplay. Its era is evoked with the utmost passion and commitment from all involved, with the film respecting the Comanche culture it presents so faithfully, and even being released with the option of watching it in that dialect (with english subtitles).

The dialogue is to the point but - like the original film - this is a very visual, physical film, which speaks even louder through its action, its tension and its power, all evident in Jeff Cutter’s superb cinematography. As well as a rightly acclaimed score by Sarah Schachner, which is every bit as standout as the visuals themselves, harking back to the DNA of the franchise but also replete with fresh beats and pulse quickening atmosphere all of its own.

Unleashing a rebirthed movie monster, its redesigned older age Predator is amazing, taking influence from a number of cultures and styles, to create something that is distinctive, and another brilliant Predator design to add to the many other variations in the other films of the series (The PredAlien, The Wolf, The Berzerker). Dane DiLiegro brings the creature to life, just as the late great Kevin Peter Hall did back in ’87 and ’90, as he stands opposite a new action hero to cherish in Amber Midthunder's terrific Naru.

Midthunder is fantastic in the lead role, and gives the series its biggest badass since Schwarzenegger’s Dutch. She handles the dramatic and more contemplative and soulful elements of the narrative as well as the all-out survival action scenes. And her story is one that satisfies, as she comes to personify the film’s core story of underestimation and triumph, as the prey becomes the alpha predator through brains not brawn. And as an added bonus, her trusty canine sidekick Sarii (played by rescue dog Coco - beloved by the crew), is a true scene stealer. What is not to love?

A very cinematic and thrilling prequel entry in the series, Prey really deserved a big screen release and is a tremendous success all round. This is a worthy follow-up to John McTiernan's action masterpiece from Trachtenberg, which knows when to build suspense and when to unleash hell (that Predator action sequence!), and it even tips its dreadlocked cowl to the aforementioned under-appreciated Predator 2 too in surprising ways.

Brutal, innovative, intelligent and a film that could work equally well without dialogue. This is a visual/audible treat, that adds further distinguished edges to this franchises growing legacy, while taking it back to its origins. Hunt it down at once!