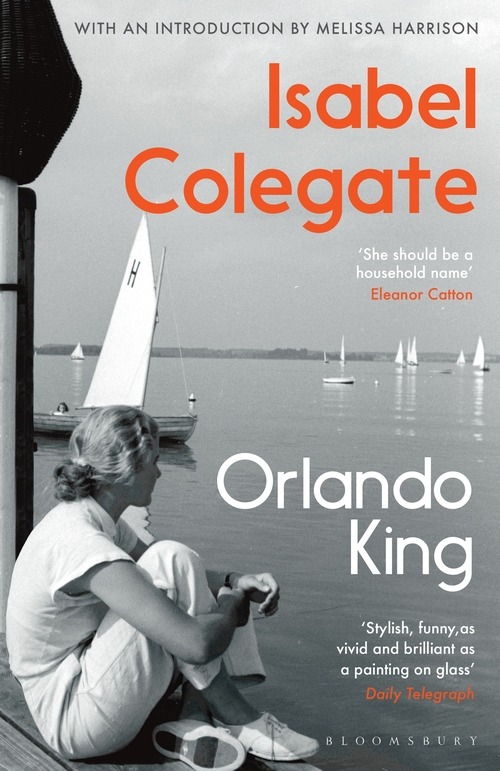 Orlando King, published in June by Bloomsbury, is a new edition of a trilogy originally published between 1968 and 1973. The last outing was in 1996 and on reading, one begins to understand why Isabel Colegate is often cited as “overlooked”, and why it is unfortunate that her work has largely fallen out of print.

Orlando King is an exquisitely penned, vivid, immersive and engaging account of the eponymous protagonist, who arrives in London in 1930 destined to “set the world of politics ablaze.” The novel scratches beneath the polished veneer of an ostensibly glamorous society, spiced with a touch of scandal, to explore with gritty realism the truth behind the façade.

It is a vibrant social commentary on a bygone era. The 1930s, often depicted in literature as an era of elegance, is embraced in this account but with underlying tumult. You progress with the characters, share their experiences and enjoy the good times whilst they last, and feel their pain when things turn sour: all at a time where social convention dictated so much of how one should behave.

The narrative begins at a frenetic pace: scenes change without so much as a paragraph break. Initially complex, it is vividly insightful and electric. The tense energy of the story perhaps reflects the uncertainty of the period – a time when London was shaped by mass unemployment, bread riots and hunger marches, and of course, the looming shadow of what become an inevitable world war. Our central protagonist, Orlando, moves to bucolic Somerset to embark on a world in business, but even in this rural but gentrified setting, the talons of influence extending from Europe and London cannot be denied.

At first we don’t get close enough to the characters to form any real affection or sympathy. The brisk pace sweeps us through events; we observe from a detached perspective. But it is clear that the characters, however close-knit by connection, keep one another at a distance.

Invited to a glamorous period party, initially we are on our best behaviour, but as champagne is sipped, tongues become loose and Colegate’s dramatis personae slowly reveal their true colours.

On this heady, literary journey, significant events are mentioned in passing, as if unimportant; bombshells are dropped, but swept aside and fine, trivial details are glossed over. A key business about-turn is condensed to four short paragraphs relaying the character’s change in attitude, without the tedious associated bureaucracy.
The first volume ends with the imminent onset of war. It had been brushed aside by some whose arrogance, ignorance or self-denial simply wouldn’t accept what lay before them – you sense that this class of people feel a certain level of invincibility.

A character sums up one of the key points of exploration in the novels: “This is such an old society. So much weight of tradition is attached to its institutions, it’s difficult when you’ve been brought up as part of it all – particularly the more privileged part of it all – to see clearly, without prejudice.” Because this is what the book is about. It follows the lives of an inextricably linked group of people, awaiting their fates but all tied to and restrained by the past.

We know that the war instigates Orlando’s downfall and his daughter Agatha is left to pick up the pieces, but the plot is not, I believe, entirely predictable. Even those to whom it is, the plot is almost of secondary importance – it’s the characters we want to follow. They appear ostensibly shallow, but behind closed doors, deep and disturbed.

Thematically, the novel is about deception. In an era where social convention appears to take precedence, I’ve often wondered whether genuine human connectivity could exist. We have a juxtaposition – the characters are so deeply entwined, yet there is a lack of true understanding and empathy. We see deception of self and toward others, through sex and adultery but we also explore the relationship to status and to country: patriotism, denial, displacement and betrayal. And, consequently, there is an underlying resistance to modernity, rebuffed by some, begrudgingly accepted by others. 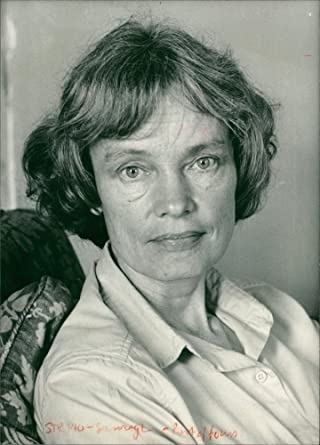 Vintage image of Isabel Colegate
We know that social convention required sustained self-denial and we witness the consequences when a highly-strung character snaps: the narrative switches from third to first person, we hear their disturbed and jangled inner dialogue, their own torment. The same character has earlier said “I look thoroughly artificial. Artifice is a thing I like, don’t you?” This episode reflects another recurrent theme: despair.

A change occurs at the conclusion to the first volume. A snapshot of truth and realisation is perhaps the trigger to the inevitable decline. The second volume opens with Orlando, observing himself with a disgust and horror that is reminiscent of Dorian Gray. There are parallels between the two, yet I formed affection for Orlando; even sympathy as I got closer to him.

As time advances we observe the change in society and its values. We see history unfolding: political unrest, pre-war appeasement, post-war (still conflicted) politics, the threat of fascism - even Oswald Mosley makes an appearance. The third volume ends amid the Suez Crisis. Times really have changed and the world of this volume is distinctly different, embracing modernity, but ineluctably connected to the past.

Agatha, the final volume, is grim: one feels reality has firmly set in, with all of its trials and tribulations. The narrative is still infused with a sense of displacement, a weight exacerbated by the onset of societal depression resulting from the financial crisis of 1956. The pace of prose quickens as we reach the denouement and it seems that despite all deception, the truth really will out.

Why read it? It is not disheartening but instead, exciting, challenging and captivating. The characters are sufficiently complex - they are real, and there is not a single superfluous paragraph as the descriptive prose lands you centre stage. Despite each character’s flaws, there were none I actively disliked. The writer’s style is not judgemental; the facts are laid bare: after all, we are only human, mistakes are made. As Melissa Harrison eloquently outlines in the introduction, it "is about that battle, which belongs to every one of us and is unending." Yes, there is "unresolvable tension" but that is what it means to be human.

Beyond all this, the novel gives a fascinating account of business and politics in the mid-twentieth century, allusions to class, the advance of capitalism, the fear of fascism and the ongoing political conflict that continues to this day. It is fresh, it is exciting and it is still relevant to the modern world. Times have moved on, but the fundamental characteristics of humanity have not progressed, the characters suffer our anxieties.

It seems fitting to republish in a year when normality has been turned upon its head, if only temporarily. But in that fleeting moment, we too saw the best and worst of human characteristics. Social convention still exists, albeit modified: now it appears we are all desperately trying to fit into a template dictated by the zeitgeist. We are all subject to widespread judgement, but who, really, are the judges?

A powerful, evocative and wholly enjoyable novel which should enjoy wide appeal: the cover blurb is one with which I wholeheartedly agree: Isabel Colegate most definitely “should be a household name.”


Orlando King is published by Bloomsbury.


Also by Caroline Spalding...
Review: The Children Of Ash And Elm - A History Of The Vikings By Neil PriceReview: Lightseekers By Femi KayodeReview: Safe And Sound By Philippa EastInterview: Neema ShahKololo Hill By Neema Shah: A Review