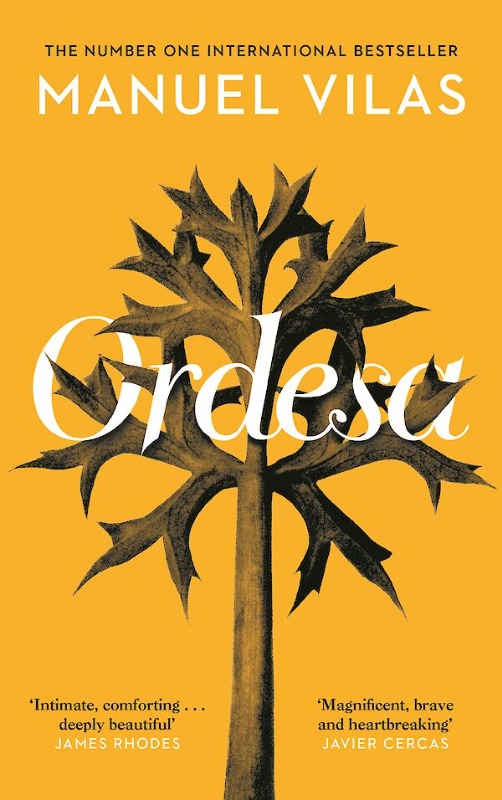 When writing, authors decide how much of their own personality they wish to convey to the reader. Sometimes they remain elusive, sometimes their fictional characters echo their own personal traits and when writing autobiography, one does wonder what aspects a writer chooses to leave out, wishing to avoid censure from readers. I believe it takes a brave writer to treat the genre of autobiography as a confessional, setting out plainly every aspect of the self, warts and all. Ordesa, the autobiographical novel by the Spanish writer Manuel Vilas, does just that.

It is not, however, a typical recollection of life events with the expected commentary. Instead, it feels as if Vilas is using the novel as a way of untangling the questions that trouble him – it feels in part a confession, almost a cathartic release of pent-up emotion, of anguish, and of regret. It is the work of a highly intellectual thinker, peppered with philosophical musings, its prose often lyrical – yet in its uncensored manner, his own character flaws are laid wide open for us to see; Vilas does not fear the judgement of his reader.

Ordesa is a book that is tricky to define. It does not have a compelling plot line – in fact, very little actually happens. Its central focus is on the author exploring his relationship with his parents, now deceased – how they influenced him, how they made him the man he is, what he has learned through his life experiences, and significantly, who or what he can blame for the man he has become. The book’s title, we are told, is where the writer’s family would holiday in his childhood, but of the mountain town we learn almost nothing. We jump back and forth through time: people, places and events, significant and insignificant, are remembered, scrutinised and questions are asked, but often without resolution. The writer tells us he is fifty two and having had a brain scan to reveal that everything is ‘fine’, he decided to embark upon writing this book, perhaps in search of answers that cannot be provided by science or medicine.

I found this deeply insightful narrative fascinating, however, I don’t think it will appeal to all. It is a highly cerebral response to personal anguish, frustration and remorse – sometimes processed in a detached, observant manner but the reader may also feel as if Vilas is so deeply immured in the past, so lost in the mire, that he can no longer consider himself in isolation from all that has gone before. On occasion, I felt it to be akin to ‘paralysis through analysis’; sometimes you feel the point has been made, and it is time to move on. Other times, you find a touch of perhaps unintentional humour: he dedicates a short chapter to the discussion of insects – how he cannot completely get rid of them, no matter how many he squashes. He studies their carcasses, tells us they cannot be a family, how fortunate they are that their existence is simply an automatic process, to finally conclude “They’re just flying shit.”

There are some recurrent themes, notably the colour yellow, how he avoids attending funerals, how there are pieces of information missing from his past – he even doubts his own birth date. He ascribes to all his familial relations the name of a prominent composer – his mother becomes Wagner, his sons are Brah (Brahms) and Valdi (Vivaldi). The naming process may be a means of filling in the blanks, sustaining an illusion of his own creation – he doesn’t know the name of his maternal grandmother, so calls her Cecilia (in honour, he informs us, of Saint Cecilia, the patron saint of musicians). Vilas sees a futility to life, but finds revulsion in death – to him, the dead keep living, he laments his decision to cremate his parents’ bodies, placing significance in the physical presence of corporeal entities. He appears to have an uncomfortable relationship with his nationality and his country: “Spain never gave my parents anything. Not monarchist Spain or Francoist Spain…I don’t like what Spain did to my parents, nor what it is doing to me.” Perhaps Spain is just another of his scapegoats, something other than himself to blame for his disillusion. 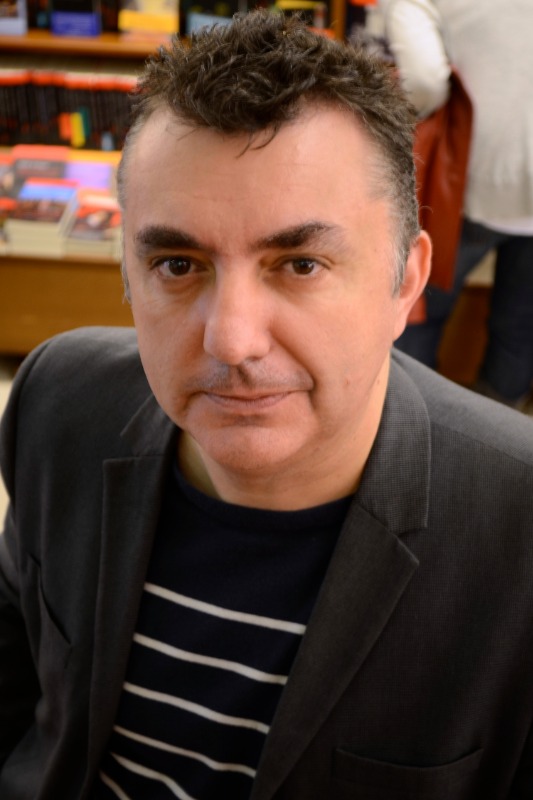 Manuel Vilas
The writer talks often of class, he calls poverty “a moral condition…a sort of superfluous integrity” and he echoes the modern acceptance that we all live before the judgement of others. He says, “Other people’s esteem ends up being the only record of your existence” and that a person’s place in the world is derived wholly from the assessment of others. Whilst the reader might sometimes infer a hint of schadenfreude in some passages that are laughably lamentable, we also get a sense of the ironic. Of his father he says, “There was no point. He didn’t sell much fabric and I don’t sell many books”, clearly dismissing for a moment the literary awards and widespread critical acclaim he has received.

Despite his dwelling too long on some subjects, and his tendency to revisit a theme and repeat a point already made, Vilas’ prose is also beautifully compelling, even poetic. Sometimes the syntax dips into the realms of stream of consciousness – a single page moves from the recollection of his angry father tossing dinner plates aside on a Christmas Eve, to how his mother would hide from storms in the pantry, to finish with his unwillingness to forgive decrepitude, stating, “The more you are aware of your decrepitude, the nearer you draw to the detestability of God.”


Also by Caroline Spalding...
Review: The Children Of Ash And Elm - A History Of The Vikings By Neil PriceReview: Lightseekers By Femi KayodeReview: Safe And Sound By Philippa EastInterview: Neema ShahKololo Hill By Neema Shah: A Review
I admire his candour when speaking of his past alcoholism. He says “Anyone who’s drunk a lot knows that alcohol is a tool that pries open the padlock of the world. You end up seeing everything more clearly, as long as you’re able to get out of there afterward, of course.” Now sober, his is an intelligent response: he confesses that drinking was “paradise” and that it improved his world, but now he sees no point in all he would get up to to amuse his inebriated self. One detects a triumph of mind over matter; yes, he sees sense in sobriety, but we feel he is a reluctant abstainer, ashamed of his inherent weakness for liquor.

In trying to piece together the jigsaw puzzle of his past, I suspect the writer shows how little we truly know of the lives of others, even those we call close family. It strikes me that he is not keeping alive the memory of his predecessors, merely sustaining a fantasy, creating a story of those he could not and cannot know. The novelist comes to accept this point, his existence is an extension of the lives of his parents, there is an influence, but they are now gone, and a person’s destiny is not spelled out at birth.

Life, Vilas tells us “is absurd, which is why it’s so beautiful.” It may be perplexing, and it raises more questions than it answers, but, for any reader who wants to vicariously experience the complexity of an intellectual mind, this captivating personal insight provides a unique opportunity to do just that. Bravely confessional, with expressive prose, the book is about a man who is seeking a form of metaphorical anchor, a firm ground on which to make sense of the absurdity of the modern world.


Ordesa, translated by Andrea Rosenberg, is published by Canongate.