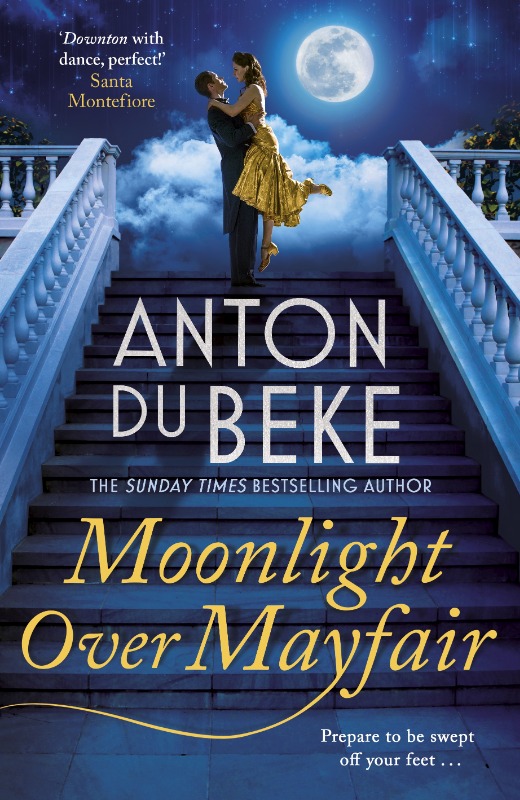 My family all know I am a Strictly fan! Previous Christmases have yielded tickets to the Strictly Tour and to Anton and Erin’s own show, a set of Ballroom DVD’s and a voucher for a five-week beginners’ course to learn Ballroom and Latin. My husband, I would like to say, is thrilled that those five weeks have so far extended to six years, although the current crisis has caused us to hang up our dancing shoes, temporarily.

This year, Santa saw fit to put Anton’s new book in my stocking and with enforced leisure time, I have now read it. Anton is the king of the ballroom and such a familiar figure that, I’m sorry, but I cannot bring myself to refer to the author as du Beke, so Anton will have to suffice.

Set in and around London’s grand Buckingham Hotel – a palace if ever there was one - in 1937, Anton manages to incorporate mystery, romance (reciprocated and not) and love affairs which would have shocked pre-war sensitivities. There are historical details of life in the post-depression years; the fears of war and the doubtful alliances of nations, tentatively discussed between crown princes and ambassadors in the opulent surroundings of a lavish hotel, trying to regain some stability in uneasy economic circumstances. The Spanish Civil War gets a mention while the Irish question and the quest for Home Rule raises its head, with fears for the safety of the King himself. There is a rebuke for the upper classes who chose to look down on the poverty and addictions of the masses, but also a nod towards the dismantling of class barriers. Anton contrasts the opulence of the hotel with the seedy backstreets of Whitechapel and reminds the privileged few of the dangers which lurk when you walk among desperate people. There are secrets galore and serious competition from the neighbouring Imperial Hotel, as the two businesses each try to woo John Hastings, the young American investor. All in all, a lot has been packed into this very accessible novel. 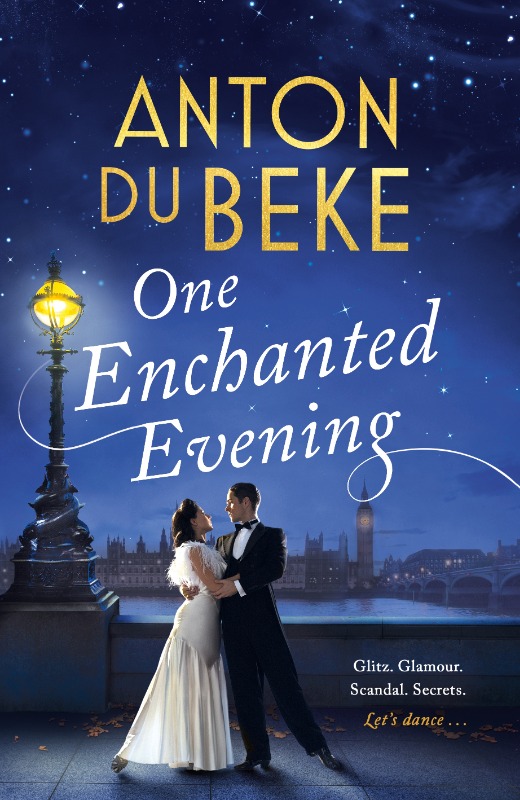 Throughout, there are references to dancing and the pure joy of giving yourself to the music, at a time when the wildly exhilarating Jive and Jitterbug were beginning to sweep the dancehalls. Reminiscent, emotionally, of the final scene of the film Dirty Dancing, which was set some twenty years later, both book and film demonstrate the power of music and dance to encourage a letting go of the past, and to embrace modernity.

The names of the characters suit the roles. There’s Billy Brogan, the young, newly promoted Concierge, who hears all, sees all and reports all - if it’s to his advantage. There’s Helene Marchemont, who has appeared on the cover of Vogue, yet disappears back to Brixton at every opportunity, and Louis Kildare, the saxophonist who is in love with her - and then, there’s the influential Lord Bartholomew Edgerton. Artie is the shifty ex-con who knows the less salubrious areas of London only too well, and Aubrey is the shadowy occupant of the Park Suite.


Also by Artis-Ann ...
Review: The Litigators By John GrishamReview: A Street Cat Named Bob By James Bowen‘Things Are As They Are And Will End As They Must’: A Brief Affair By Margaret Leroy'You're My Favourite': Jane Eyre By Charlotte BrontëThere's Nothing Wrong With Being Eclectic
The main character, Raymond de Guise, is Anton du Beke, with his charm, lithe movement and slicked back dark hair. He has to make a choice between his two loves: a chance of Hollywood stardom and the chambermaid, Nancy.

Maynard Charles is the Director of the hotel who craves its success; he understands the value of glamour and the need to invest if you are going to attract the rich and the very rich to your hotel. At the same time, his own sub-plot shows he is a man of many emotions whose highly efficient carapace protects the real persona.

Vivienne Edgerton is the step-daughter of the wealthy Lord Edgerton, owner of the hotel. She is desperate to use her allowance to engage in worthy charitable endeavour, to atone for past ill-deeds and not least, to spite the stepfather she thinks has stolen her mother.The book is a sequel to Anton’s first novel, One Enchanted Evening and, having not read it, I was at times irritated by the frequent references to events which had taken place ‘a year earlier’, but maybe it’s a ploy to entice you to read the other book to find out exactly what did happen to Vivienne and exactly how Nancy saved her. These are endearing characters and I have no doubt a sense of continuity would be rendered by reading the books in order.

Moonlight Over Mayfair is not a hard read and I shall definitely be passing it on to my nonagenarian mother who devours books like these and has been hovering at my shoulder waiting for this one since I unwrapped it.


Moonlight Over Mayfair and One Enchanted Evening are published by Zaffre