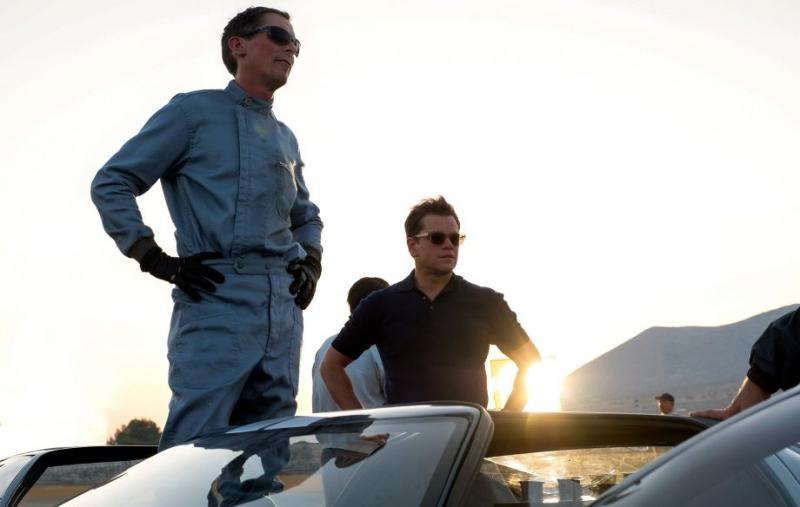 One of the best things about films is how they can bring to life a story for you, even if you have next to no knowledge about that particular area of expertise.

Take films like The Damned United, Straight Outta Compton or Eddie the Eagle for instance. A good story is not bound by your knowledge of the sport or the star or figure that inspired it, but by your feeling, and cinema allows for you to be invested in that kind of story and perhaps discover it. Despite knowing very little about the 24 hours of Le Mans race or the much-publicised ‘60s clash between Ferrari and Ford, James Mangold’s Le Mans ‘66 had me absolutely gripped.

The film follows automative pioneer and former racer Carroll Shelby (Matt Damon) and his rebellious but talented racer/engineer friend Ken Miles (Christian Bale), who are hired for the seemingly impossible task of building Ford a racing car that can defeat Ferrari and win Henry Ford II (Tracy Letts) his place in history against new rival Enzo Ferrari (Remo Girone). However, the battle on the racetrack is not the only one they face, as interfering corporate players are making this groundbreaking goal all the more difficult to accomplish.

Le Mans ‘66 (known as Ford v. Ferrari in many other major territories) is a roaringly enjoyable and thrillingly staged racetrack drama. Fuelled by good old fashioned cinematic formula and acting axel grease, Mangold’s film feels very much like a throwback to its real life tale’s era and it features the most thrilling onscreen race sequences since Ron Howard’s sublime Rush.

At first look this is a story of two iconic names in motoring butting heads but beneath the bonnet is a far more human story of a man who cannot deny where his passion lies and how you should always stay true to yourself no matter who pressures you otherwise. Yes, this racer drama may tackle the Ford vs. Ferrari battle that swallowed up the 1966 season, culminating in the Le Mans race, but it is really far more a chronicle of how British driver Ken Miles and his friend Carroll Shelby battled to make history against all odds...and they did.

Mangold’s direction rests heavily on its main duo’s affinity, as Jez Butterworth, John-Henry Butterworth and Jason Keller’s screenplay takes joy in revelling in the jargon and history too. However, at no point do you get lost or bored, and the strength of the movie is certainly in the humanity sat behind the wheel and under the exhaust.

Driven (so to speak) by Matt Damon’s charismatic and heartfelt turn as Shelby and by a barnstorming Christian Bale (who walks, or rather, drives away with the film) as Miles. This is a brilliantly bromantic ride. Damon’s emotive performance is funny and moving, getting better and better as the film moves along. While Bale’s Birmingham accented performance is both fist in the air inspiring and warmly humane, as he encapsulates the film’s working class mindset, and the scenes with Miles and his family are some of the movie’s very best. Damon and Bale are just incredible and a shoe in for awards attention.

Featuring ace support from Caitriona Balfe as Miles’ understanding and determined wife Mollie and Noah Jupe as his in awe son Peter, alongside Remo Girone as a proudly traditional Enzo Ferrari, a villainous Josh Lucas as Ford executive slimeball Leo Beebe and Tracy Letts having an absolute ball playing up the corporate boss figurehead in Henry Ford II, this is a showcase of performance, and the acting ensures the film’s engine is always revving.

Admittedly, the final stretch’s sharp turn into cold hard reality does perhaps clash quite ferociously with the cloud nine raw petrol-powered inspirational nostalgic entertainment up to that point, and the final note hits very hard (as it should) but could perhaps have done with being covered a little less suddenly.

Ultimately though, Le Mans ‘66 may be neck rattlingly bittersweet thanks to its final realities but with an undying heart, this cautioning against cold and interfering corporate powers is a great big vintage dose of silver screen entertainment, that is sure to please crowds of all creeds and tastes and win its cast some well deserved acclaim.