Review: A History Of Pictures - From The Cave To The Computer Screen By David Hockney & Martin Gayford 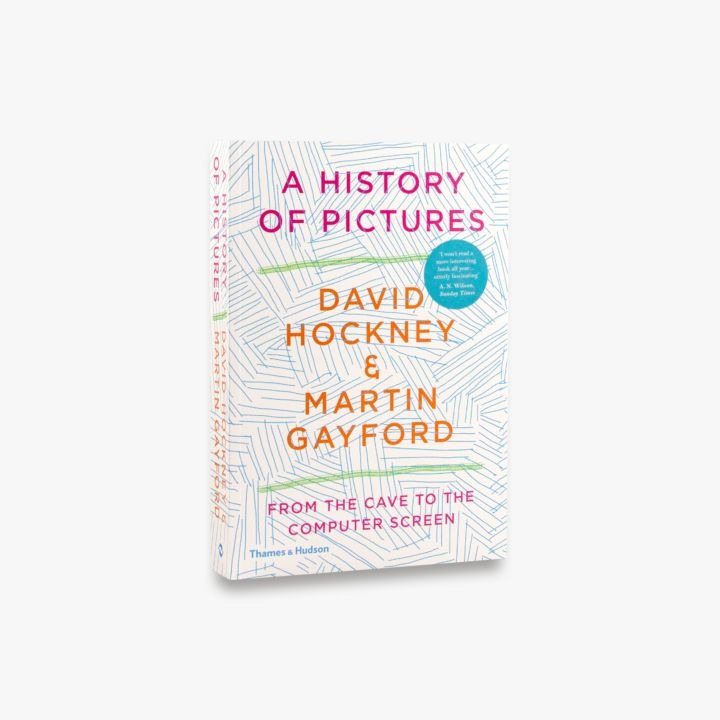 Thames & Hudson’s release of the new edition of David Hockney & Martin Gayford’s masterful A History of Pictures is serendipitous: the booksellers association’s recent announcement of an upsurge in sales owing to the glueing of readers to the settee as a consequence of Covid-19 must be good news for this handsome addition to the genre. Beautifully illustrated with many hundreds of pictures and photographs, this lively exchange between two of our leading art exponents is both instructive and entertaining.

Which is not to demean either the intellectual or aesthetic content of the book. Gayford’s encyclopaedic knowledge of the history of art reinforces Hockney’s insightful impressionism. Framed in the form of a conversation transcription, the two take turns to narrate us through the chronology of a long history, whilst cross-hatching conventional wisdom with a modern, profoundly perceptive take on the past. The lasting impression the unpractised mind takes away – and the book does not reek of patrician elitism – is that of a continuum of light: Hockney believes less in the evolution of art over time than individual focus honed to unnatural strength in every era. There were developments, sure, but differences in artistic perspective may have had more to do with the way the artist perceived his subject than any inability to recreate an extra plane; for Hockney, a new dimension may not have been necessary at any particular point in time. But, and as Gayford notes, a ‘personal angle on reality’, good or bad, crude or even, is afforded us from the recesses of time. 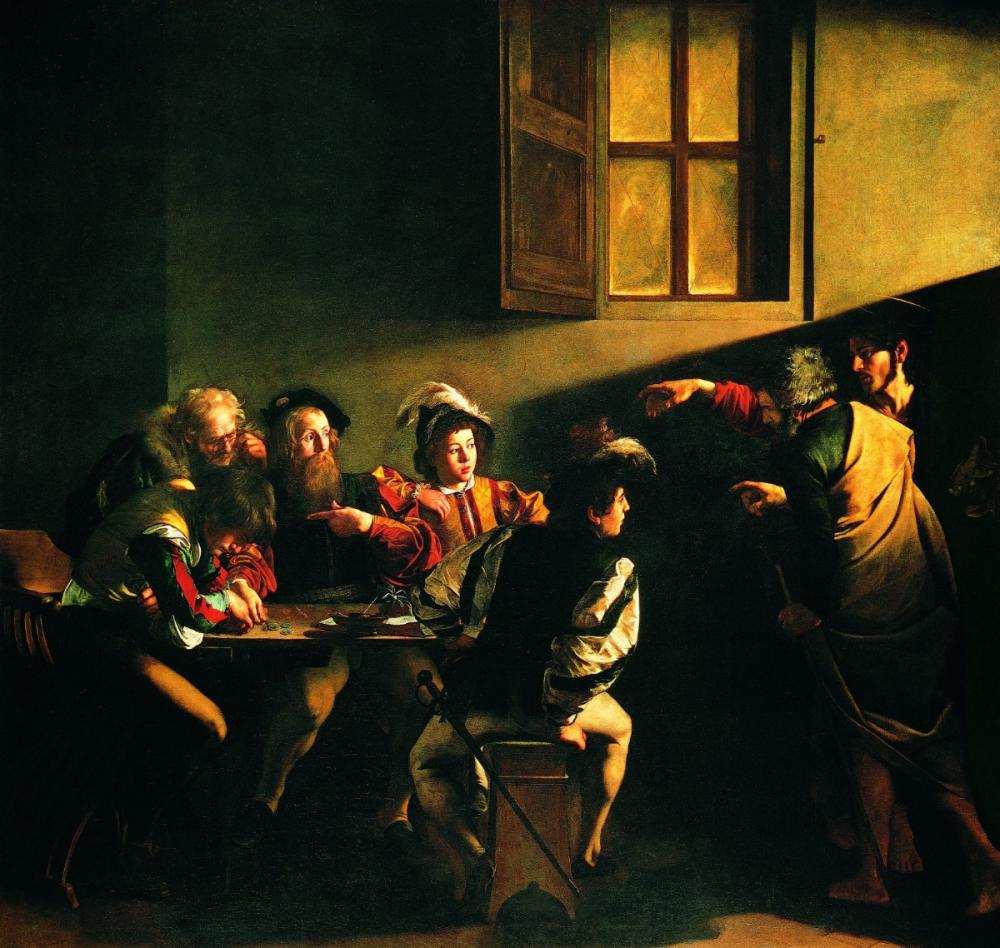 Caravaggio, 'The Calling of Saint Matthew', 1599–1600. Oil on canvas. Contarelli Chapel, San Luigi dei Francesi, Rome
And it is very odd, but somehow reassuring, to hear Hockney’s own voice in the exchange. The simple language is a blind to the groundbreaking insights which illuminate his contributions, but this is his speaking voice for sure, rendering a sort of certainty vouchsafed in the natural inflection of the Bradford accent he refuses, entirely, to forfeit. We infer, too, that the transcription is as close to verbatim as is editorially possible: the thoughtful, monosyllabic delivery punctuated with bon mots, complementary elaborations of ideas and astonishing insights, bears the distinct mark of spontaneity.

Sometimes covering ground he has explored before – Hockney remains as keen as ever to insinuate primitive optical machinery into the re-creation of perceived verisimilitude in the artistry of the Renaissance, not least in the case of Caravaggio, and later of Vermeer. It was fortuitous for Johannes Vermeer that the fabulously high-quality lenses which were pushing the boundaries of seventeenth-century astronomy were being manufactured literally streets away from his Delft home. Using such pristine lenses to reflect back images of tableaux external to where the glass was applied, the Flemish Master was able to represent likeness of colour and architectural perspective with extreme accuracy, as though a modern colour photograph had recreated the Delft of the 1650s. Where, in the depiction of what Gayford insightfully calls ‘optical drama’, Caravaggio traced shadow and perspective with the help of the new medium, Vermeer and his contemporaries found light and depth in detail. 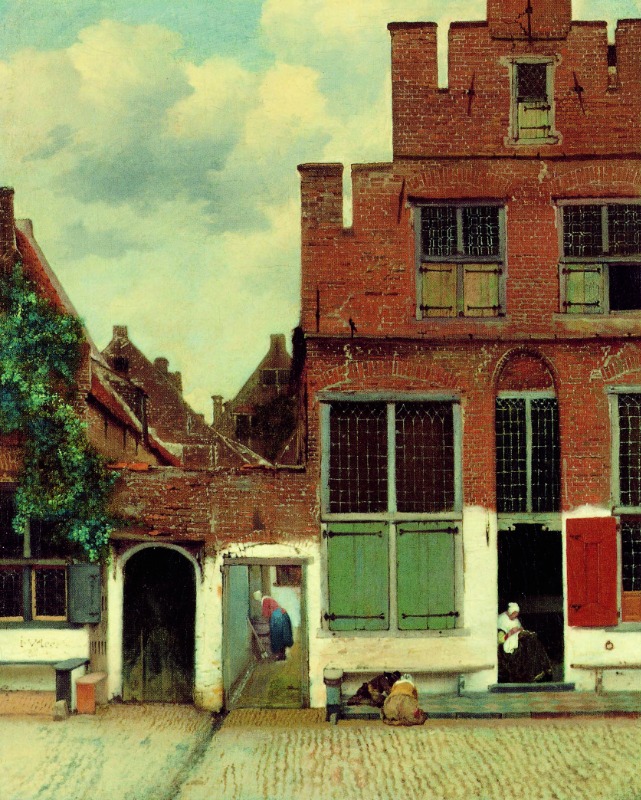 Jan Vermeer, View of Houses in Delft, known as 'The Little Street', c. 1658. Oil on canvas. Rijksmuseum, Amsterdam
Except that, and as Gayford notes of the German artist Gerhard Richter, beyond capturing a limited kind of reality – ‘a veil of blur and fuzz’ – the camera’s eye relays a moment in time. The lens, as Vermeer found, yields greater detail, which fact is not to the detriment of the artist’s astonishing skill in recreating every plaster blemish, every nook and cranny of a wall’s history in one of his masterworks, ‘The Little Street’ of 1658. ‘This picture’, for Martin Gayford, ‘is the work of someone utterly fascinated by the truth of what he sees: to whom the exact appearance of reality comes as a sort of revelation’.

This, on the whole chronologically linear, journey through pictorial time is not restrained by conventional ways of seeing; often Gayford and Hockney illustrate a likeness of stylistic approach by recourse to the work of a much more recent artist or photographer. Picasso’s primitivism, for example, underlines an affinity with the most ancient of cave pictures, as it also describes a continuity of creativity. Or, as in the unexpected vignette of a Rembrandt sketch, the genius of artistic suggestion is illuminated in the wider artistic context of the making of simple marks on media as diverse as stone, paper and silk. 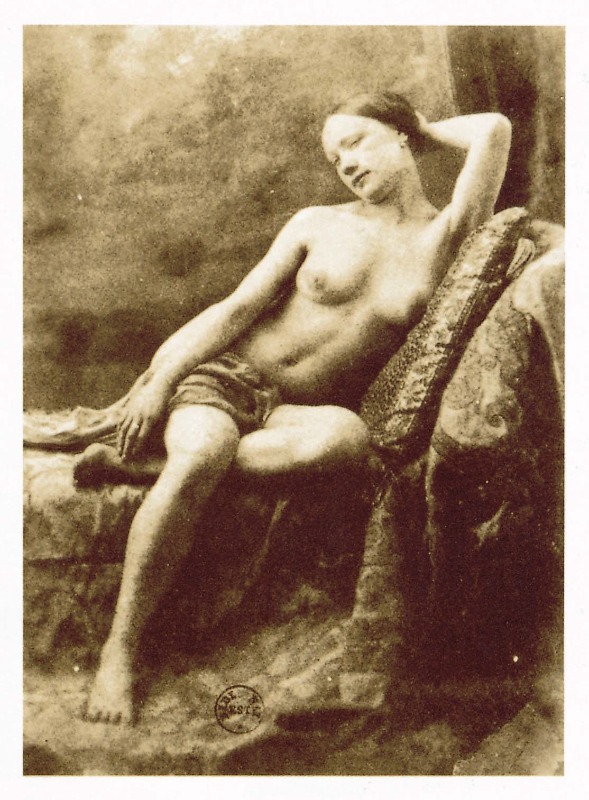 Eugène Durieu, 'Female Nude', 1854. Calotype. Bibliothèque Nationale de France, Paris
What, to the untutored eye, is a quick pen and ink rendering of a domestic scene, is brought to muscular life in Hockney’s splendid commentary. ‘A Child Being Taught to Walk’ (1656) is a deceptive masterpiece whose sparse lineation amounts to far more than the sum of its collective parts. Hockney’s perception is characteristically sharp: sensing human shape, form and demeanour in the simplest of marks, he ascribes genius to an artist who confers physical reality in the most confined of spaces – paper, as Hockney reminds us, was very expensive at this time. His characteristically simple words illuminate Rembrandt’s brilliance better than any textbook:

‘Sensing the powerful triangle made by the crouching father, who has excited eyes that are two beautiful ink blobs, one realizes the quite complex space the figures make. But then, there’s a passing milkmaid, perhaps glancing at a very common scene, and we know the milk pail is full. You can sense the weight. Rembrandt perfectly and economically indicates this with – what? Six marks, the ones indicating her outstretched arm. Very few people could get near this.’ 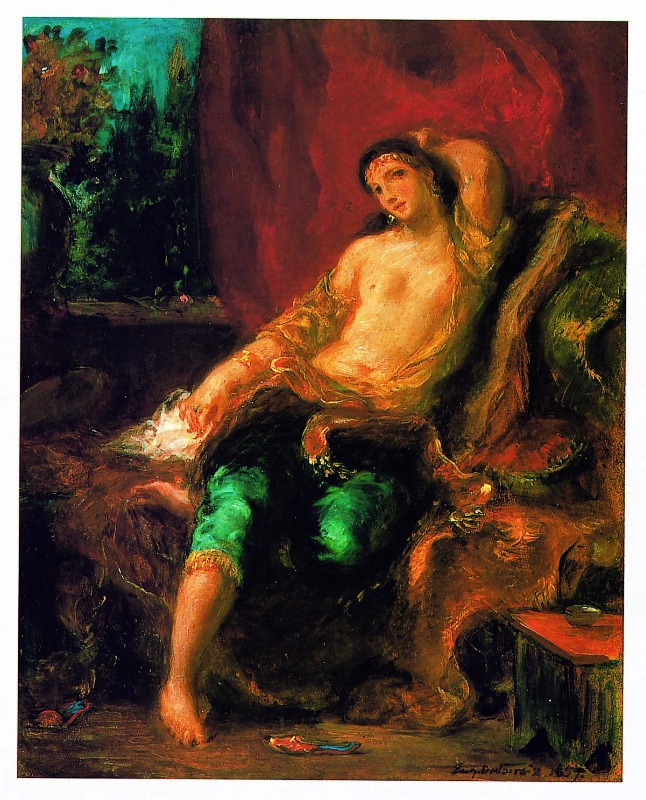 Eugène Delacroix, 'Odalisque',1857. Oil on wood. Private collection
The unused spaces between marks give Rembrandt the latitude for suggestion – citing Kenneth Clark’s inference that ‘the white paper between three strokes of the pen seems to be full of air’, Hockney hints also at the fundamental infrastructuring of character in the Dutch master’s paintings; the ‘inner life’ of pictures, particularly portraiture, which is palpable but difficult to define. Giving ‘private’ access to the thoughts and feelings of the figures depicted, Rembrandt, for Hockney, applies heart and empathy to his vision, the extra ‘ingredient’ which immeasurably embellishes his genius. And which finds modern inheritance in the visceral approach of Lucian Freud, whose portraits draw more raw humanity from demeanour than any photograph could achieve.

The limitations of the photograph to envision reality is a crux point of Gayford and Hockney’s comprehensive analysis: excepting where photographer as artist painstakingly follows an, in equal parts, aesthetic and forensic process of observation and superb technical skill – Julia Margaret Cameron and Nadar’s portraits are exemplars – the book is clear on the power of art to add weight, gravitas and depth to received impression. The distinction is perfectly illustrated by the fine nude study of 1854 by Eugène Durieu, whose attempts to capture a relaxed female form is given seductive allure in the rich colour contrasts and sensuous folds of Delacroix’s ‘Odalisque’. Modelled directly on Durieu’s calotype, ‘Odalisque’ is far removed from its inspiration; ‘it would be hard’, as Gayford says, ‘to guess that Delacroix had used a photograph at all’.

That we return to where we started is no more than a coincidence. David Hockney sees no reason to assume that art is bound on a trajectory of inevitable progress and development. ‘Why’, he asks, ‘does it have to go anywhere? Art hasn’t ended, and neither has the history of pictures’.


A History of Pictures: From the Cave to the Computer Screen is published by Thames & Hudson.