Rambert At The Bradford Alhambra. A Lesson In Abstraction 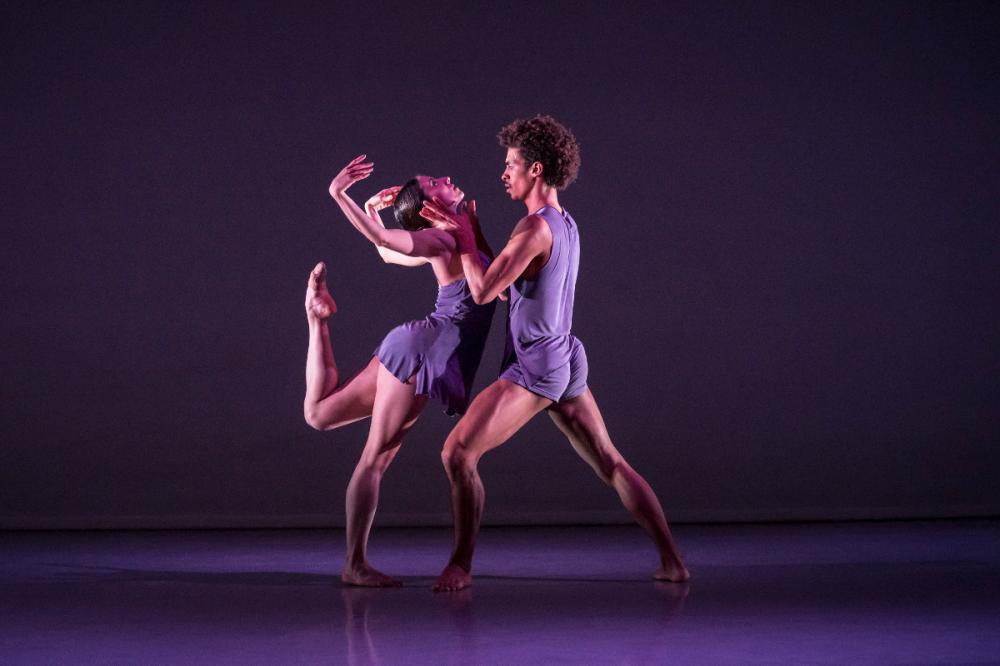 PreSentient. Brenda Lee Grech and Liam Francis. Photo by Johan Persson
From the startled gazelle-like opening sequence, via a prog-rock live-action video-style entertainment, to a silent movie - albeit with a tub-thumping sound track - Rambert's ramble into the Bradford's Alhambra has delivered three complex, physical and deeply abstract pieces of their art.

The first of Rambert's pieces, Presentient, opened with a gorgeous, slow motion, leggy, graceful perambulation around the stage. Accompanied by American composer Steve Reich's complex piece Triple Quartet, dancer Kym Sojourna immediately captivated the audience. After such a serene start what followed was shocking; a performance full of violent physicality with Reich's music powering a sense of unease and apprehension.

From a misty floor emerges a guitarist, instrument in hand and one foot extended to a pedal board on the floor. Accompanied by a mysterious off-stage band (or a tape?) he strikes-up the first few notes and the audience (perhaps just me) was transported back to my prog-rock era. If Rick Wakeman has descended on a platform at that moment it would have been entirely in context. Think Spinal Tap and you will get the picture. 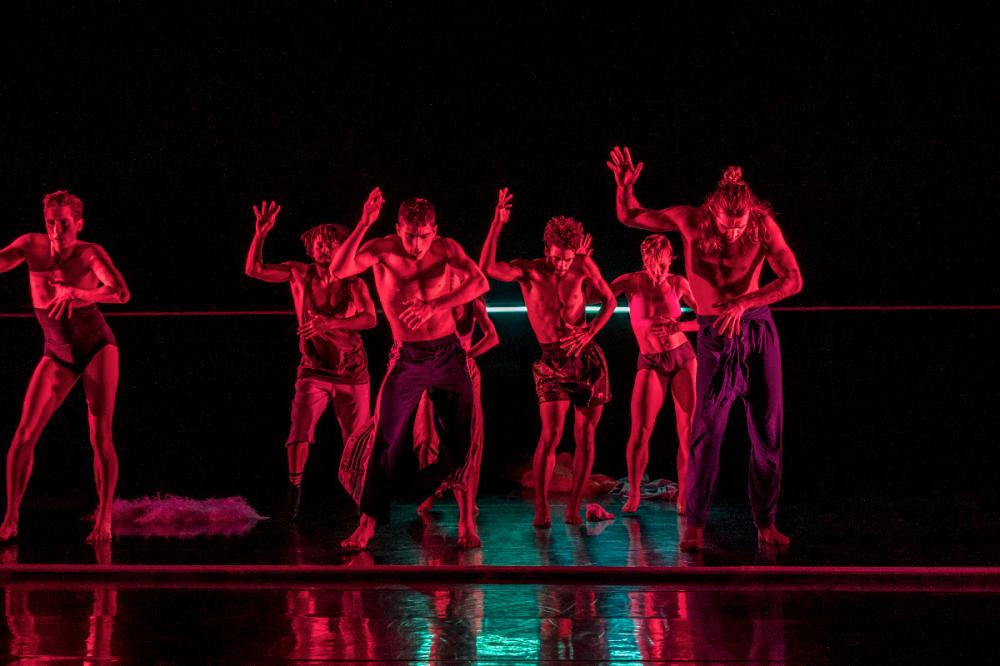 Rouge. Photo by Johan Persson
No sooner had this wash of nostalgia commenced than half a dozen 'zombies' bounced up from the mist, then promptly dropped again. This, apparently, was a the start of "finding our real selves". Well, I don't know about that. That's the delight of abstract works of art, you can take away from it whatever you want. For me it was the joyous physicality of the dancers, and or course the music.

The third, and again narrative-free piece, was a Hofesh Schecter piece accompanied by a live band playing strings, drums and - it seemed to me -anything else they could get their hands on. 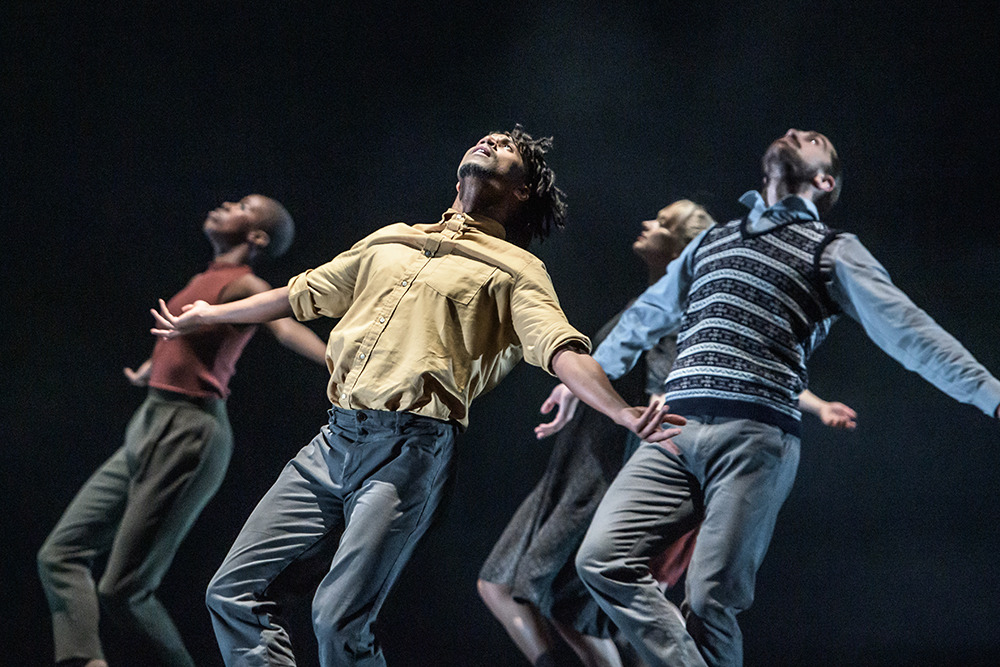 In your rooms.Kym Sojourna, Miguel Altunaga, Adél Bálint, Guillaume Quéau. Photo by Stephen Wright
Schecter is an Israeli choreographer, dance and composer, now resident in London and renowned for composing atmospheric musical scores to accompany his work. He was awarded and OBE in 2018.

In Your Rooms is gritty. It is provocative. It presents a society that is familiar yet shocking. Each of the 12 dancers has encounters that are inconsistent, lack control and reveal shifting motives. It is beautifully lit and choreographed with time being on stage every bit as much as the dancers. A live soundtrack, composed by Schechter with musical director Neil Catchpole further draw the audience into the action on stage.

Rambert have been successful for so many years and it delightful to see that their verve, their ambition and their quality remain undiminished.


Also by Richard Trinder...
The Cunning Little Vixen: Opera NorthGetting In Touch With ToscaHMS Pinafore At York's Theatre RoyalThe Cher Show: This Must Be What Candy Floss Tastes LikeOrfeo Ed Euridice. Back To The Underworld