Prose Poem Of The Week: At The City Gates By Oz Hardwick

At the City Gates

When the city gates open, dreams flood out, like dockers on
bicycles when the four o’clock siren sings freedom, oiled chains
whirring like bees. It’s been an age since anything worked, but
there are grooves worn in blistered tarmac that you can see if
you kick away the residue from the last high tide, and when you
drop the needle the whole world spins like a charity shop album,
playing a song everyone danced to when you were a teenager,
though not by the original artist. There are still ships that come
and go at night, freighting the Moon from far off ports, but you
have only seen their glow, heard their crews calling in dead
languages. When the city gates close, memories press their faces
to the bars, each one familiar from wartime photographs, each
one singing a familiar song to a tune that you don’t recognise. 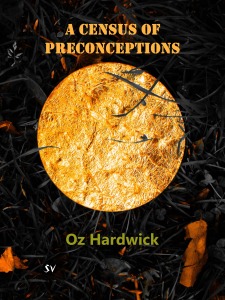 The prose poem is an enduring hybrid. Although it has many detractors amongst purists, it trenchantly refuses to be circumscribed as a form of expression. Looking, and sometimes sounding, like prose, it often succeeds in distilling lyricism and meaning into a contained space as effectively as poetry. In an instructive and profoundly metaphorical preface to Valley Press’ seminal Anthology of Prose Poetry, Anne Caldwell and Oz Hardwick provide an evaluation in terms that almost mirror the protean intransigence of the form itself:

Prose poetry: a form that both combines and resists; a developing photograph; a hall of mirrors with the lights switched off; a Promethean form for unstable times.

And to the extent that ‘At the City Gates’ occupies a liminal space between the past and the present, between place and memory, Oz Hardwick has found the perfect vehicle for a voyage of surreal discovery. Freighted with the baggage of both the known and the imagined – his narrator’s journey juxtaposes personal recollections with wider remnants of transition and decline – this prose poem amounts, almost, to an elegy for a former world whose dynamism is dissipated and now retreats towards the shadows. Mouthing the words, but unable to make sense of the song in the yawning temporal distance, the ‘you’ to whom the narrator’s address is directed is ‘us’.

For the elegy may also be a lament for the disquieting depredations of age. The narrator’s observations are ‘knowing’, cognizant of the landscape over which he flies, breathlessly absorbing details of redundancy and residue in compound phrasing that yields his eyeline in one rich and fulsome vision. The conceit is a characteristic of Hardwick’s delivery, and if there is a sense of a Dantean Underworld unfolding here, then it is realised without punitive or redemptive impulses. Unless we find consolation in the music of a perpetually spinning world, the tone is valedictory.

'At the City Gates' is taken from a Census of Preconceptions and is published by SurVision Books.