Somewhere nowhere in Utah, a boy by the roadside,
gun in his hand, and the rare dumb hard tears flowing.
Beside him, the greyheaded man has let one arm slide
awkwardly over his shoulder, is talking and pointing
at whatever it is, dead, in the dust on the ground.

By the old parked Chevy, two women, talking and watching.
Their skirts flag forward. Bandannas twist with their hair.
Around them some sheep and a fence and the sagebrush burning
and burning with its blue flame. In the distance, where
mountains are clouds, lightning, but no rain. 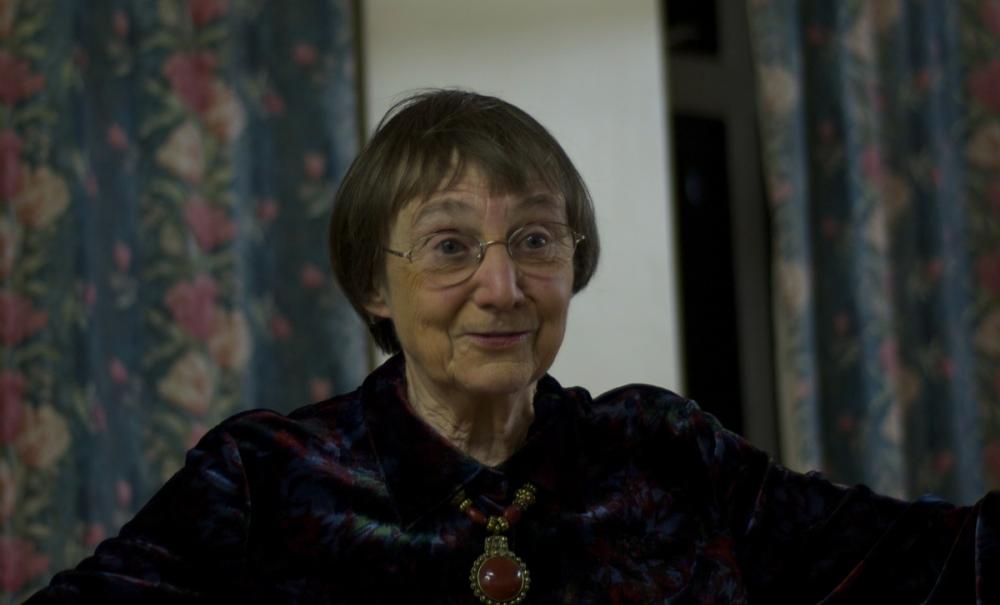 Anne Stevenson
Anne Stevenson’s languid, wind-blown observation in the Utah of 1963 is informed by her first visit to a state with which she had no prior connection. The Brtish-American poet’s studied assertion of incognito detachment grounds the unpunctuated ‘Somewhere nowhere’ in the arrow-straightness of an unending desert road; a desert whose limitless purlieus conceal Stevenson’s suggestions of syllabic rhyming in a corresponding sense of unknowability.

For her words are relayed as those of a bystander, a witness to a narrative of whose causes and effects she must remain unaware. And although mood and tone are insinuated in the ‘rare dumb hard tears’ and the awkward paternal gesture of the ‘greyheaded’ man, Stevenson leaves diagnostic speculation to her audience.


Also by Steve Whitaker...
The Swamp Ghosts Of Pripyat: Stalking The Atomic City By Markiyan KamyshThe Endless Opportunity Of Words: Lanyard By Peter SansomPoem Of The Week: Wheel By Stephen DeePoem Of The Week: The London Dinner Party By Jayne JosoPoem Of The Week: The Vote By Ralph Dartford
The filmic quality of her beautifully picked-out, agoraphobic landscape is rich with the symbolism of death and renewal. The narcotic blue flame of the burning bush bears both religious and secular connotations, and the towering mountains which frame the horizon like clouds, in a violently-lit but otherwise silent sky, are harbingers of possibility. The death, whether it be human or animal, is as totemic, and as insignificant in the steroidal scale of the terrain, as an isolated human act in the wall-to-wall emptiness of a Wim Wenders camera angle.


‘Utah’ is taken from The Penguin Book of Contemporary British Poetry, edited by Blake Morrison and Andrew Motion