I HATE that drum's discordant sound,
Parading round, and round, and round:
To thoughtless youth it pleasure yields,
And lures from cities and from fields,
To sell their liberty for charms
Of tawdry lace, and glittering arms;
And when Ambition's voice commands,
To march, and fight and fall, in foreign lands.

I hate that drum's discordant sound,
Parading round, and round, and round:
To me it talks of ravaged plains,
And burning towns and ruined swains,
And mangled limbs, and dying groans,
And widow's tears, and orphans’ moans;
And all that Misery's hand bestows,
To fill the catalogue of human woes. 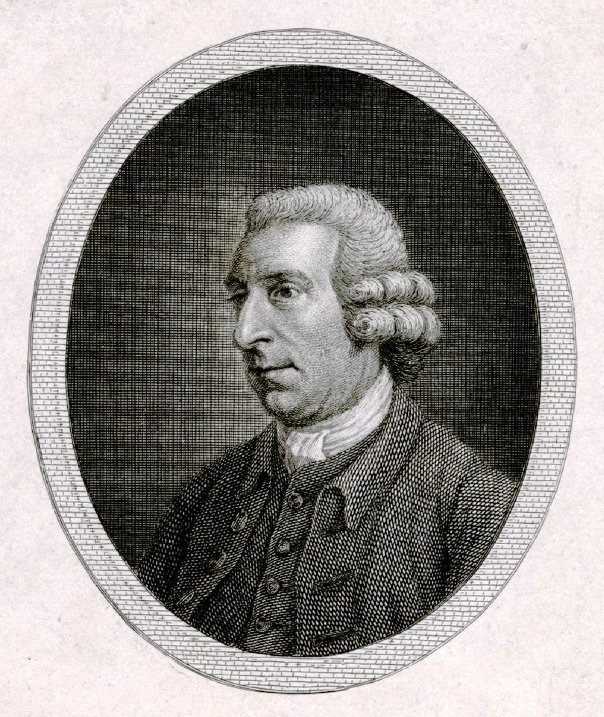 A portrait engraving for the title page of Scott's Poetical Works, 1782
There is a distinctly modern tone to this eighteenth century poem. Conveying, in two octets of rhyming couplets, a direct and heartfelt antipathy to the depredations of war, John Scott’s fine lament reminds us that the rampant patriotism which characterized much indigenous poetry of the colonial and imperial eras of British history, was infrequently countered by an urge for peace and caution.

Scott’s simple and repetitive mantra - the banging of a drum into discord, the figurative ‘parade’ of war fever and drill – leads to an inevitable denouement in the second stanza, whose bludgeoning of conjunctions into shape, and evisceration of the landscape, presage the Blake of ‘London’, the Kipling of the Indian Raj, and the sanguinary observations of the War Poets.


Also by Steve Whitaker...
Poem Of The Week: Barmbrack By Dean BrowneAfter Sylvia: Poems And Essays In Celebration Of Sylvia PlathAfter Sylvia: Poems And Essays In Celebration Of Sylvia PlathPoem Of The Week: Colden Valley By Ken Smith (1938-2003)Poem Of The Week: On The Extinction Of The Venetian Republic By William Wordsworth (1770-1850)
The poet’s anger is palpable and ironic: a devout Quaker, his words are loaded with a revulsion which, in the poem’s opening line, reverses traditional posturing with a capitalized ‘HATE’. Manifestly disturbed by the horror that conflict entails, Scott is not blind to insight: the blandishments of ‘Ambition’ charm ‘thoughtless youth’, as they always did, with promises of glory and ‘glittering arms’. That ‘Ambition’ is met with ‘Misery’ towards the poem’s end is darkly assured.


‘The Drum’ is taken from The New Oxford Book of English Verse (1972), and is published by the Oxford University Press.