Poem Of The Week: 'Last Post' By Gill Petrucci 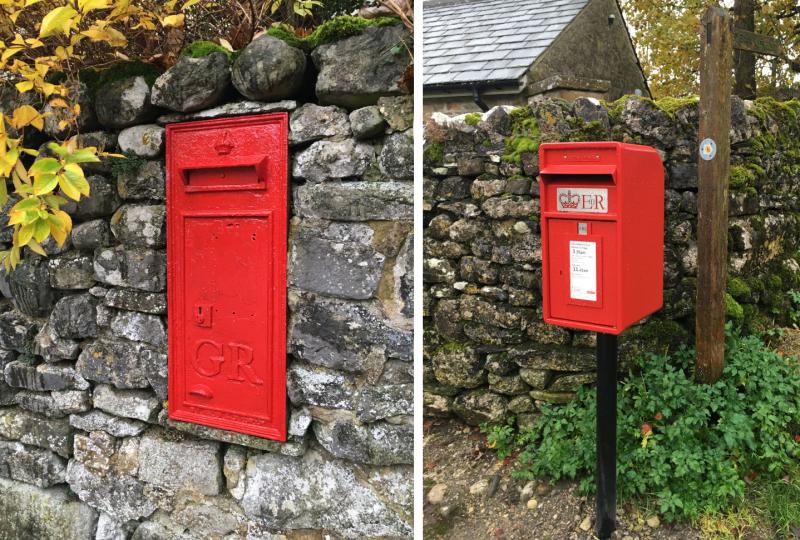 The vivid red soldier poised at his post
‘G.R.’ gleams proudly on his chest.
Yet his jaw is clenched tight, straining behind
the fixed metal plate
now marking his useful end.

He considers for a moment his years of
platitudinous service.
Practical, noble and necessary,
he never missed the vital daily pick up.
What could he have done wrong ?

He misses those familiar sounds;
paper envelopes slipping inside, the creaking hinges.
Jangling keys, then letters cascading into a sack.
Local voices, ‘How do?’, ‘Now then’.

He loved those conversations brewing inside him,
all those beautiful words, thoughts and feelings
held safely within, waiting to be spoken.
The poetry of the Dale.

The vivid red soldier smarts at his gimcrack usurper.
A feeble lollipop with a temporary look.
‘E.R.’ stands alone, no wall to protect.
It’s almost too much to bear.

The vivid red soldier now in repose at his post.
He can wait, will observe ‘E.R.’,
just in case his replacement falters,
or, wisdom prevails.


In something of a departure from our usual approach to poem selection, this week’s excursion has a distinctly local angle. Meaningful to those who have partaken of its good offices for generations, the humble post box has been a stationary traveller through time. Repository of tidings, this blindingly conspicuous roadside fixture is a messenger of foreboding, a vicarious turner of bad days into good, and energy into enervation at the distant unsealing of an envelope. Deliverer of the mood swing and the figurative cartwheel, it ought to be emblazoned with a warning klaxon. 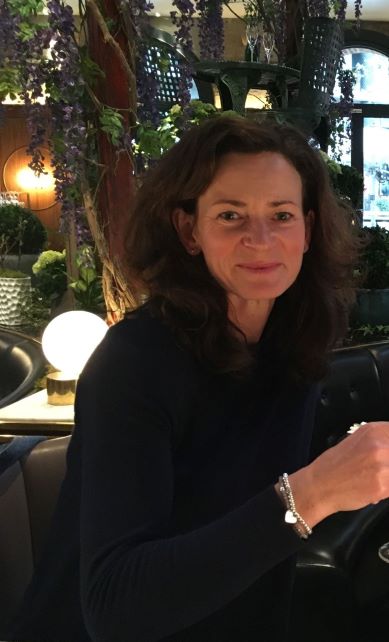 Gill Petrucci
If the expression light-hearted elegy is not an oxymoron, or a simple contradiction in terms, then ‘Last Post’ carries with it the burden of loss in a time of radical change. A hymn to transience, Gill Petrucci’s neat vignette is a howl down the centuries, a contemplation of that whose value we properly recognise when it’s gone. That her poem’s theme is the demise of a wall-bound box in Malham need not set limits on a wider interpretation. Stoical and resolute as a soldier – the metaphor runs through the poem like a temporal backbone – the sentinel in outrageous red livery guards the memory of ‘platitudinous service’ given in silence. Protector of language, ‘G.R.’, whose royal cypher – George Rex – yields a nobility conferred by provenance and longevity, is the bearer of ‘words, thoughts and feelings’; his reassuring presence is, or was, a paean to the poetry of the Dale, to the cornucopia of lives, loves and experiences which inhere to the psycho-geographical fabric of this small corner of Yorkshire.


Also by Steve Whitaker...
Poem of the Week: 'Smuts, Pobs and Goody' by the Irish Health & Homes Creative WritersReview: The Last Cuckoo by Maria FranklandPoem Of The Week: 'Spelling Rickets' By William BedfordIcelandic Sublime: RY X And Ólafur Arnalds CollaborationGhost Flowers: The Poetry Of Emma Simon, Nick On & Hilary Menos
His post office counterpart – ‘E.R.’ tells of a more recent incarnation – is a one-legged ‘lollipop’, a ‘gimcrack usurper’, whose Johnny-come-lately demeanour is a shadow, an image of the superficial and the temporary. It is somehow gratifying that the poet restores parity in the final stanza of her neatly consonant argument with a plea for the restoration of good sense, in the manner of a good Augustan satirist. And it is a measure of her own good sense that the double-entendre of the poem’s title should carry sincere commemorative resonance in this, the month of remembrance.