Poem Of The Week: For M., In England By Matt Broomfield

for M., in England

with a break, in the afternoon,
for lying face-down waiting
for the wi-fi to restart; and
I begin to think of thinking about

writing home to you, who never
shamed me for not writing
even when the bombs were falling
for nineteen hours a day

who never tried to ask
a thing about the war, and so
understood it better than most 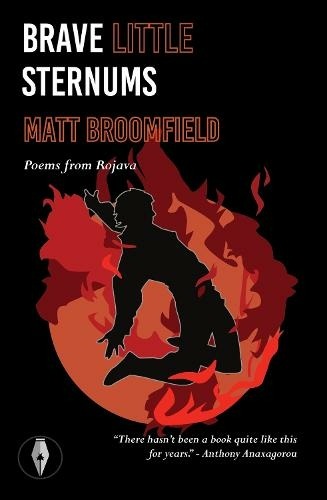 Matt Broomfield’s honesty is the key to his simply wrought, but deeply affecting poem of love and trust. Broomfield, a reporter, writer and journalist much accustomed to working on the violent margins, of war zones and places of upheaval and displacement, brings to his narrative a kind of conviction: that his compulsion to witness and document what he sees of degradation and privation in the world’s flashpoints comes at a price for those he must leave behind.

That the figure of ‘M’ has learned to accommodate a measure of self-preservation in emotional detachment, is a condition of understanding – silence as to the real tragedy of events unfolding in such landscapes of ‘death’ confers, rather than a terrible inventory of fear, an enlightened recognition of the limits of communication, and an acceptance of the dangers that silence necessarily elides.

As the clock’s ad hoc and promiscuous attention to death-dealing swings wildly from hour to hour, we are delivered of its consequences, of broken connections and of lying face down as bullets and ordnance fly. It is a testament to M’s unspoken love that the narrator needn’t add a sense of shame to his burden

for M., in England is taken from Brave Little Sternums and is published by Fly on the Wall Press.