Poem Of The Week: 'Baldanders' By Christopher Reid 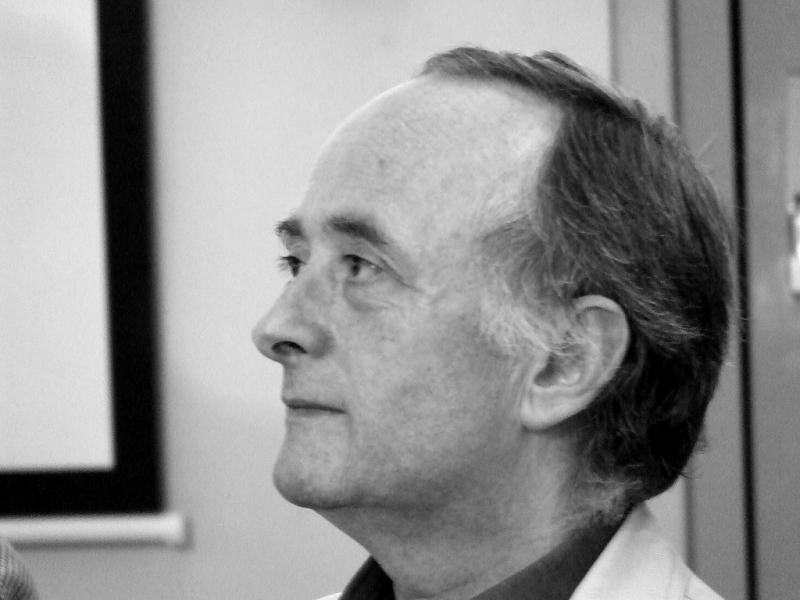 Christopher Reid
The quiet revolution which didn’t quite rattle the foundations of poetic approach in the late nineteen seventies is tidily exemplified in the poem ‘Baldanders’. Christopher Reid was one member of the ‘Martian’ group of poets instituted by the controversial Craig Raine, whose mandate was to present a vision of the world viewed afresh by means of a skewed sense of perception and daring use of metaphor. 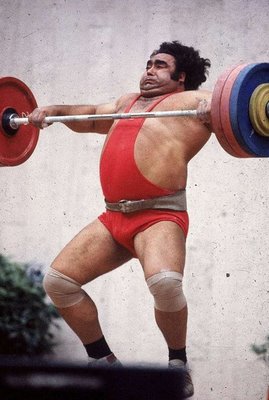 
Pity the poor weightlifter
alone on his catasta,

who carries his pregnant belly
in the hammock of his leotard

like a melon wedged in a shopping-bag...
A volatile prima donna,

he flaps his fingernails dry,
then – squat as an armchair –

gropes about the floor
for inspiration, and finds it there.

Glazed, like a mantelpiece frog,
he strains to become

the World Champion (somebody, answer it!)
Human Telephone.

‘Baldanders’, whose title is taken from German myth and refers to a creature bearing protean properties, is a condensed piece of close observation which transcends conventional markers by presenting a tableau as though alien or entirely new to the perceiver. A knowing comment, almost, on the nature of this new way of seeing, the Baldander is analogous to the idea of the mutability of artistic perception.

Engineered to accommodate the capaciousness of suggestion, the poem employs figures which are as radically astonishing as they are persuasive. The hammocks of leotards, the melons in shopping bags are as loosely corpulent, as commodious, and as counter-intuitive as old men in boxer shorts; as though it was the weightlifter’s aim to convey the ridiculous through sartorial excess.

The ‘catasta’ upon which the strongman ‘strains’ like a defecating dog is parodic: the platform was once used to display and sell slaves, or to conduct torture, in ancient Rome, and perhaps one can infer pain in the noisy exhalations of Clean and Jerk. The sweat and oil of his polished body – he glistens like a god – is ironically reductive: the glazed, quotidian ‘mantlepiece frog’ is the true measure of his appearance.

Squatting on the stage as though on a shelf, the weightlifter’s block-like immovability is as stolidly pompous as the preening figure of Mussolini, or ‘The War God’ of Eric Kennington’s celebrated sculpture, who now presides over Leeds City Art Gallery’s first floor, and to whom I would urge any passing acolyte to pay appropriate homage.

That the strongman most resembles a telephone resting in a cradle as he bears the weights aloft in the culmination of his achievement is a triumph, instead, of exquisite absurdity.