Poem Of The Week: 'Touch' By Michael Donaghy 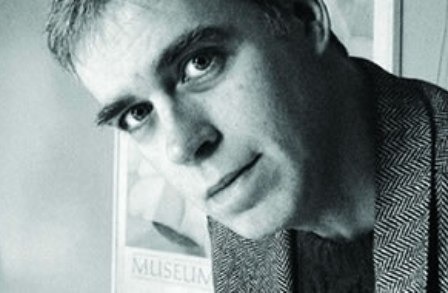 We knew she was clever because of her hands.
Hers, the first opposable thumb. Shards of her hip and skull
Suggest she was young, thirteen perhaps,
When the flash flood drowned her. Erect she stood
Lythe as a gymnast, four feet tall,

Our innocent progenitor.
Sleek furred technician of flint and straw.
Here are her knuckle bones.

I know her touch. Though she could easily snap
My wrist, she is gentle in my dream.
She probes my face, scans my arm,
She touches my hand to know me.
Her eyes are grey in the dream, and bright.

Little mother, forgive me.
I wake you for answers in the night
Like any infant. Tell me about touch.
What necessities designed your hands and mine?
Did you kill, carve, gesture to god or gods?
Did the caress shape your hand or your hand the caress?

Michael Donaghy’s poem of heredity and love captures the essence of human continuity. From an anthropology of narrative detail emerges an image of nascent humanity, ‘our innocent progenitor’, the diminutive aeonic matriarch towards whom the poet tentatively gestures as the poem unfolds. For the girl of a carbon-dated probable thirteen is resurrected from fragments and knuckle bones into a dexterous, strong and resourceful hominid who is as ancestrally close as the narrator’s dreaming can negotiate.

And it is the final ‘touch’ that confirms ancestry; the gentle illumination of recognition – the past inveigled in the present – that yields suggestion in the probing of fingers, the scanning of arms, the yearning to declare affinity. Donaghy’s act of oblation before the ‘mother’ figure in the final sestet is as devoid of artifice as a sense of humility demands. In the urge for knowledge – of the girl’s imperatives, of the astonishing power of progenitive transmission – is concealed the key to time-transcending emotional bonds. The poem’s simple, beautiful final line finds nothing less than love in the enduring power of instinct.


‘Touch’ is taken from Shibboleth and is published by Oxford University Press.