Poem Of The Week: 'Snow' By Edward Thomas 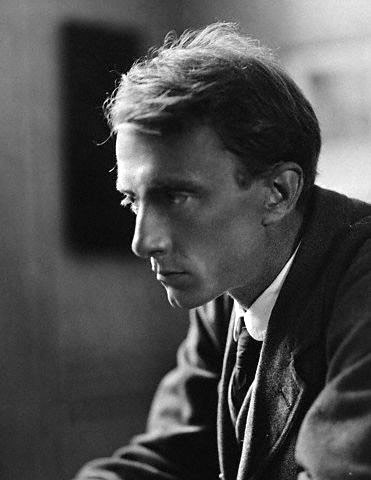 Edward Thomas
At a time of apparently relentless deluge, we might yearn for the muffling silence of the white stuff. When streams become rivers and rivers become lakes, changed landscapes throw our sense of proportion, leave us at our lowest annual ebb, incarcerated by the twin spectres of SAD and looming climate emergency. Snow is a handy cognitive corrective, unless you are a hill farmer in which case it is almost certainly an airborne punishment.

In the gloom of whiteness,
In the great silence of snow,
A child was sighing
And bitterly saying: ‘Oh,
They have killed a white bird up there on her nest.
The down is fluttering from her breast!’
And still it fell through that dusky brightness
On the child crying for the bird of the snow.

Edward Thomas’ strange and beautiful poem disturbs the ground on which its own theme reflects: from the oxymoron of the first line, to the shock of a death against the pristine backdrop of snow, our feeling of anticipation dissolves in the languid solemnity of the narrator’s mood. And mood, as Tennyson found, colours perception; the appearance of snow may energise, or it may enervate, as the hollow dynamic of the poet’s tone reveals.

The bird, here, is fabular, symbolic – the meaning of its death as resonant to the child as Coleridge’s albatross, its feathers falling from a heavy sky. The sepulchre of snow is whited by the terrible irony of innocence besmirched. The child’s fastidious, exclusionary focus on the bird, as though it was an emblem of the wintry element which enshrouds it, closes her imagination to the possibility of light. Thomas’ extraordinary use of sibilance casts his tableau in hermetic perpetuity; a sigh is exhaled for eternity.


Also by Steve Whitaker...
Poem Of The Week: 'Smuts, Pobs And Goody' By The Irish Health & Homes Creative WritersReview: The Last Cuckoo by Maria FranklandPoem Of The Week: 'Spelling Rickets' By William BedfordIcelandic Sublime: RY X And Ólafur Arnalds CollaborationGhost Flowers: The Poetry Of Emma Simon, Nick On & Hilary Menos