Playing Without Thinking: Like Fado And Other Stories By Graham Mort 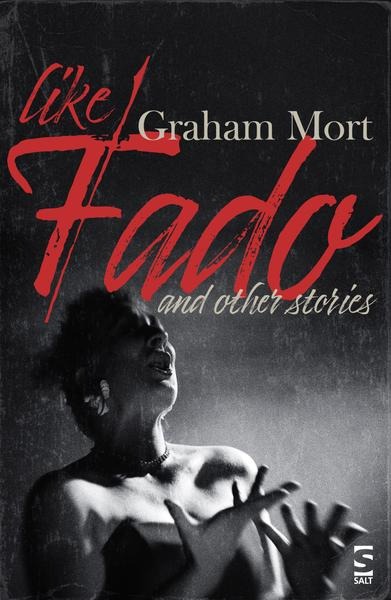 The silence following conversation, the lit but empty room, the scream of an unseen child - these are the unknowables of Graham Mort’s strange and wonderful new collection of short stories. The idea of a life proceeding elsewhere, the lineaments of which must have unfolded in some other time or place, are plangent suggestions here, and concealed possibility follows naturally in the wake of each tale.

Encouraged to construct a bigger picture on the periphery of Mort’s wide-angled lens – the vague, the earnest, the suffering and the anxious find a place in this writer’s vision – the reader relishes a journey which is not circumscribed by the unitary satisfaction of tidy conclusions, or bien cuit moral imperatives. Obedient, instead, to another imperative – the open-ended, untidy business of living – Graham Mort delivers a painfully authentic series of vignettes, of people we recognise, and of emotions which we mostly share, at home and across borders.

Mort the poet is preoccupied with the unique Portuguese musical art of Fado, an incredibly colourful form of ballad and song whose eruption of energy, pathos and celebration lends itself to the extremities of poetic expression. A kind of street opera, the drama of Fado, as performed in the clubs and drinking houses of Lisbon, mirrors, in magnified tableaux, the withering emotional dynamic of love and loss in the predominantly working classes. If there is any sense of unity in this collection, then the characters who make up its eclectic ensemble are also figures on a stage, whose existential purpose might have been interpreted by Amália Rodrigues, or some other Fadista, to an audience of fellow passengers, recognising a distillation of truth when they saw it. ‘Our lives were stories’, without ‘continuity or destination’, says the character of Antoine into the traumatic symbolism of an earthquake in ‘Via Urbano’.

And in truth, the bit players and ‘shadows’ of Mort’s stories are as significant as the protagonists themselves, acting as conduits to the unexpected, and sometimes to darker speculation. That the writer does not restrict his storytelling to his origins in northern England – although the North does feature largely – is one indicator of a peripatetic imagination given to finding universal truths in the corroborative landscapes of elsewhere. Not least in contemporary Lisbon, where the title story opens on to the shabbily elegant city as seen through the eyes of a British businessman and his academic wife. Mort’s oracular flâneur does what Lisbon best invites – he wanders without aim, as his wife attends a conference. Taking random photographs of the decaying purlieus of the old city, he follows a woman into the bedroom of her dying mother, to capture her image at the request of the daughter. And so it is that encased in the carapace of age is the image of an old woman, as refulgent as a Lucian Freud figure because she wears experience in her raddled physiognomy, like the declining heroine of a Fado ballad:

‘The old woman was beautiful in the way that only the very old and the very young can be, he skin exquisitely creased, her irises and pupils dark, merging to the point of invisibility.’


Graham Mort
This is percipient writing, and it is significant that Graham Mort’s narratives are supported on a foundation of persuasive geographical and cultural research. Urban, and in the conflagratory melisma of ‘Tempestade de Fogo’, rural, Portugal are as atmospherically charged as, elsewhere, is a village in northern France, whose estaminet conceals individual back stories and the first aching of love in a jejune hinterland (‘Pepe’s’). Mort peoples his emotional terrain comme un native, as frivolously filmic and Gallically distinct as Truffaut. This chameleon-like quality is characteristic of a writer who has a visceral awareness of l’autre, the invisible figure at the feast, or more particularly the shadow falling across the story sometimes diminishing the narrator’s own sense of being in the world: ‘…I’d never really belonged anywhere. Places weren’t home for me’ (‘Meijersdorp’).

Like the enfeebled, dying father in ‘Dazzer’, a perhaps autobiographical undertaking set in back-to-back Lancashire. Here, Mort nails a terrain he knows intuitively. The father’s former grotesquery hangs over proceedings like a bad smell, pervading the narrator’s past even in absentia, and undermining a sense of filial duty. The son’s nose-holding distaste is declared in despite, and authentically wrought in Mort’s interior dialogue of catheters and murky ‘bags of piss’, whose obligatory emptying denotes a clinical ministry as morbidly remote from the tender embrace of two lesbian lovers espied by Ian years before, as his father’s own antediluvian sexism.

Like Fado is fetid with such ironies. Mort’s antennae are turned to antagonisms and inconsistencies, and it may be that his polymathic mind lends itself to inference of the genius loci, of distinguishing cultural nuances within the architecture of individual communities. Skilfully ranging over the emotional disbursements and convincingly harrowing backward glance of internecine strife in the Middle East in ‘Karîn’, Mort’s insinuation of tone into land and context is remarkably on-point, wherever he lays his narrative hat. From the meticulously observed and somehow antiquated inventory of ‘Emporium’ – the writer’s eye for detail is everywhere as acute as another interpreter of lives through the desiderata of social accoutrement, Alan Hollinghurst – to the exquisitely persuasive contemplation of a languid Italian amble in ‘The April Sun’, it becomes clear that Mort's facility for language and form is extensive, and extensively suited to short story.

This last, in fact, reinforces my suggestion that what defines these, often lyrical, journeyings - as much as seductive images of arcadian villages atop hills, shimmering fountains and late afternoon shadows - is the clamouring presence of the past, and its sanguine counterpoint. The kindly old man with little of their language who asks only that a group of English girls on holiday should ‘remember me some time’ is constructing an Aide-memoire for those who can have no knowledge of the brutality visited upon his home in the closing stages of the war by the retreating Germans. Mort’s sense of pastoral irony is as sharp as Nicholas Poussin’s, his writing a measure of tragedy’s semantic proximity to an erstwhile idyll:

‘Lovers, siblings, spouses, and those who’d not spoken together for years, lined up to die. Their last moments of life spent in terror and bewilderment, overlooking the valley with its wild flowers and pigeons and lazy smoke scribbled on the sky. Everywhere is beautiful, the old man had said’.

Mort is good at authentic detail: whether it be teenagers working for psychopathic supermarket floor managers (‘Shoo’), or the ‘worthy’ welcoming of refugees into rural communities by ‘offcumdens’ who might turn to Nimbyism in a blink (‘Saint Peter’), or the simple sharpness of acutely observed human idiosyncrasy, you will recognise ‘home’ in one or other of his depictions.


Also by Steve Whitaker...
The Swamp Ghosts Of Pripyat: Stalking The Atomic City By Markiyan KamyshThe Endless Opportunity Of Words: Lanyard By Peter SansomPoem Of The Week: Wheel By Stephen DeePoem Of The Week: The London Dinner Party By Jayne JosoPoem Of The Week: The Vote By Ralph Dartford
And no more so than in the concluding, novella-length excursion of ‘Whitethorn’ – a story of redolent symbolism in the backdraft of memory, of investigation, revelation, and a kind of resolution. Taking a scalpel to a carpal tunnel of emotional numbness, Graham Mort restores feeling to a dominion of oblique anxiety, and in doing so revisits many of his book’s concerns. Returning home to the moors of north Lancashire and a dying father after an unspecified period abroad with his band, the character of Pablo is obliged, by circumstance and peers, to re-rehearse his complicity in a tragic accident, the telling details of which he has selectively negotiated out of memory. The narrative’s beautifully rendered opening sequence – the death of a horse after being hit by Pablo’s car - anticipates the piece’s later mood with a slow-burning gravitas yielded entirely without sentiment.

And if detachment is one key to the success of Graham Mort’s prose style, it is the tonal mantle beneath which a furnace of emotional turmoil is kept in check. The Duende, which in some senses embodies the music of Fado, reappears in the closing pages of this fine collection, and we are given a tangential reminder that the freeform impulse of storytelling may be no less than an extrusion of pain through the winnowing medium of words. That Pablo enacts his own experience in the passion of his guitar playing is his salvation:

‘Suffering, the blues player would have said. You suffer to play and that’s the deal’.


Like Fado and Other Stories is published by Salt