Phoenix Dance Theatre burst onto the Leeds Playhouse stage last night with their latest exploration of the lives and history of people of colour.


Aaron Chaplin. Photo by Stephen Wright
Anybody familiar with the works of Phoenix will have been completely unsurprised at the power and uncompromising nature of the work. Both from an auditory and physical perspective this was a no-holds-barred evocation of two desperately tragic events in history. And by 'tragic' I don't wish to imply that these were accidents; both events were wicked atrocities and part of the back-story of the British peoples and our reach for power, influence and wealth.

In the late 18th century - 29th November 1781 to be precise - 130 African slaves were thrown overboard by the crew of the British slave ship Zong. A navigational error had caused a delay in transit and the 'cargo' were running out of water, so a decision was taken to minimise the consumption by culling a quarter of those in the hold. 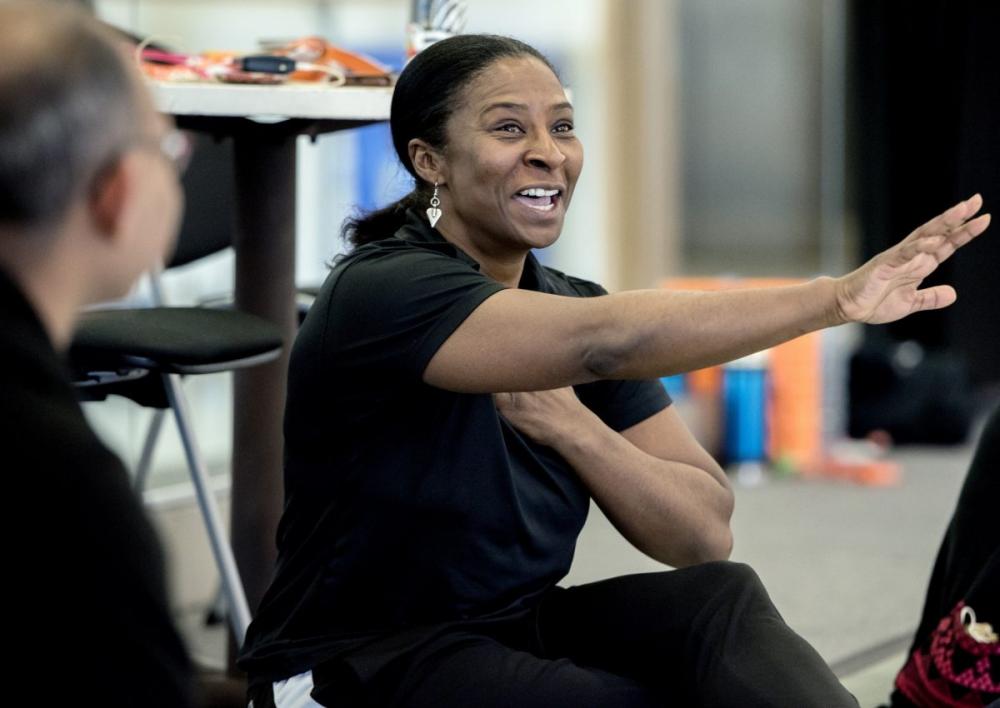 Artistic Director Sharon Watson. Photo by Camilla Greenwell
Whilst this was a decision of uncanny brutality, it was not until the owners of the Zong tried to claim against their insurers for their loss of cargo that a public outcry ensued.

With stark lighting, African inspired drum rhythms layered with western orchestral strings the company evoked the story of the Zong and its disastrous journey into notoriety. It is a disturbing event in history and at times an overwhelming drama to watch evolving on stage.

Another fine example of colonialism was explored in the piece entitled Kala Pani. The words simply mean 'cellular jail', but became synonymous with a colonial prison in the Andaman and Nicobar Islands - across the Bay of Bengal to the east of India. The prison was used by the British for exiling political prisoners; anybody who dissented from the our rule of India was transported and stored in the prison, being of no further use to the Brits back home in India. This is, of course, appalling.


Also by Richard Trinder...
The Cunning Little Vixen: Opera NorthGetting In Touch With ToscaHMS Pinafore At York's Theatre RoyalThe Cher Show: This Must Be What Candy Floss Tastes LikeOrfeo Ed Euridice. Back To The Underworld
Composer Dishari Chakraborty sets the scene beautifully. He differentiated Kala Pani from Zong at the outset with just a hint of Tabla in the soundtrack. Not too much to be stereotypical but enough to create a sense of place. His western classical skills again allowing him to layer sounds and evoke the inevitable layering of cultures that happens when such disparate peoples meet.

The choreography in Kala Pani showed the clear influence of Dr Mitul Sengupta, a director of Rhythmosaic Dance and a specialist in the classical kathak dance - one of the major forms of Indian classical dance. Often it was just the smallest gesture, but, like the Tabla in the soundtrack, it was so helpful in evoking India.

Now, just in case you think that this may all be a scary history lesson designed to chastise the British for their colonial past, then let me tell you that it not a bit of it. Both pieces conjure a powerful impression of these two appalling events and are a way of teaching parts of history that might otherwise be overlooked.

Congratulations to artistic director Sharon Watson and the choreographers, costume and lighting designers for another clear illumination of our rich, shared cultural history. And my particular praise goes to the dancers for their obvious physical and emotional commitment to these difficult roles.