photo credit Graham Clark
"I am sure this place looks smaller than it used to be" announced Paul Weller as he arrived on the stage at St George's Hall in Bradford.

Weller should know, the musical chameleon has played the venue many times - forty-four years ago when The Jam stormed into Bradford, then as a member of The Style Council and latterly as a solo artist.

He could easily fill bigger venues but Weller decided to play more intimate venues on his current tour.

There are no fancy gimmicks to distract from the music, just two Ukrainian flags draped across the amps and drumkits.

"I am sure this place looks smaller than it used to be"
Warning that it "was going to be a long set" the faithful were rewarded with a two hour show as he weaved effortlessly between the older songs and new ones.

With his competent band they gave the impression that whatever Weller decided to sing from his vast back catalogue they would easily be able to play. In guitarist Steve Cradock, Weller has found a musician who shares the same influences and musical reference points as himself.

White Sky, a track off the album Saturn's Pattern opened up a musical journey through Weller's career to date.

With the majority of the audience being fans of Weller since the late seventies the feeling was that they wanted not just to hear the new songs but the older ones too.

Headstart for Happiness, a former Style Council song sounded completely different from the later tracks. The Style Council were always more about breezy pop with a touch of jazz in there which came to the fore again on It's A Very Deep Sea, Have You Ever Had It Blue and the exuberance of Shout To The Top! 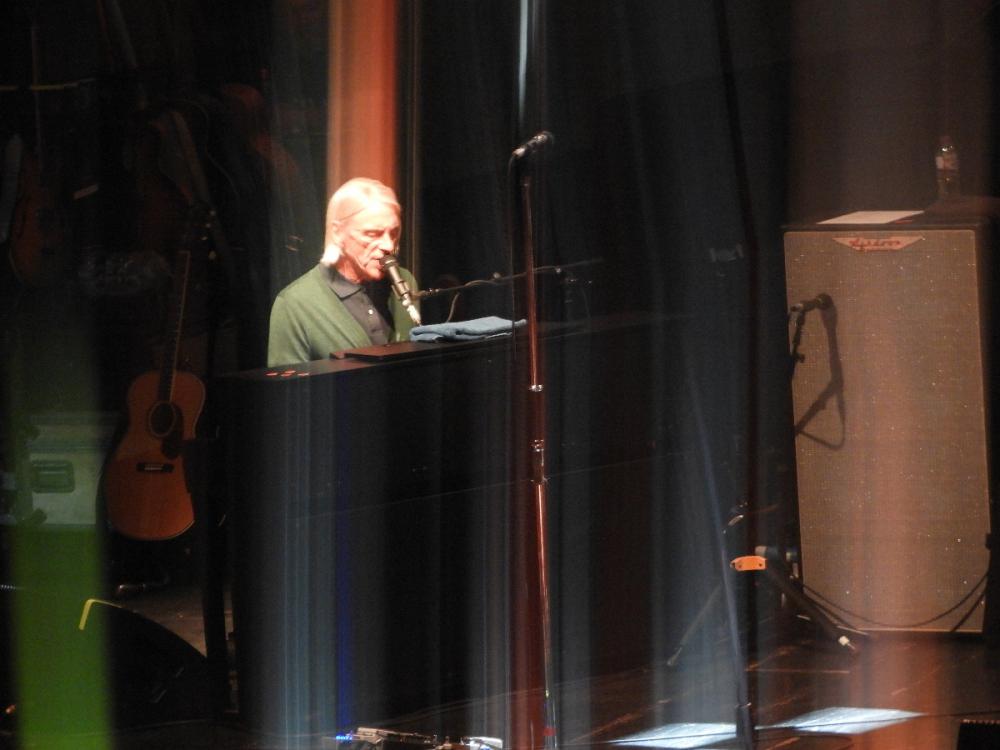 photo credit Graham Clark
Solo tracks such as Fat Pop and Woo Se Mama saw Weller one minute playing the guitar and the next behind his piano.

The Jam songs were less conspicuous with only three being included. When they did arrive at the end of the set they were met with joyful abandon; the Beatles influenced Start! still had the razor-sharp edge of the original recorded version, That's Entertainment the sixties influence of The Kinks and Town Called Malice came with the Motown vibe that went on to be the basis of the music of The Style Council.

As the Modfather left the stage, looking cool, Weller had given a show that was as hot as ever.