It’s 1947 and you are sitting in the Drury Lane Theatre when the lights go down. You have just lived through the most murderous war in history and the truth about the death camps is beginning to emerge. 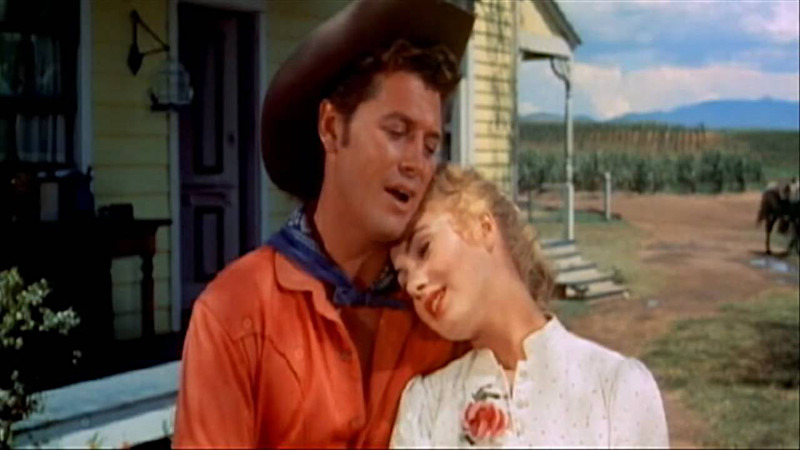 In front of the curtain, a follow-spot lights up an elderly lady sitting at a spinning wheel. From somewhere offstage, a voice begins to sing, “There’s a bright golden haze on the meadow,” and it seems that a refreshing breeze is blowing through the theatre.

This sense of renewal and hope is what made the stage version of Oklahoma such a hit in the 40s. But what of the film version that followed in 1955? Does it still have the magic that had audiences raving back then? 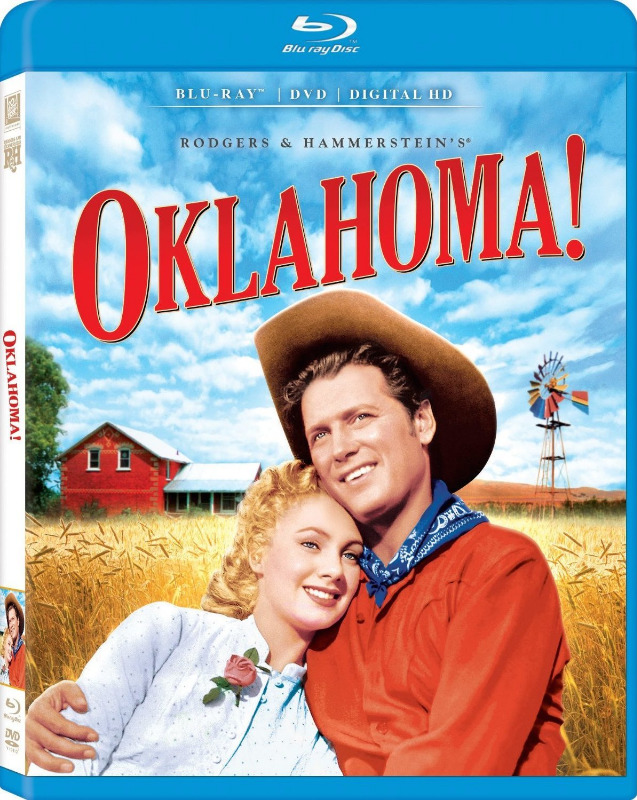 First, the stars: the relatively unknown Gordon McRae and the totally unknown Shirley Jones: Oklahoma represents the peak of their work together. His mischievousness and her obduracy complement each other beautifully.

While the cause of their troubles is obstinacy, one of the vehicles for it is the farm handyman Jud, played by the magnificently menacing Rod Steiger.

Jud is one of the many 'paralleling' devices in the film. Jud plays a malignant nemesis that 'parallels' the comic nemesis of the peddler Ali Hakim, who haunts the relationship between the second leads, Ado Annie and Will Parker.

Other paralleling devices include the athleticism of the male ensemble in ‘Kansas City’ contrasted with the female aestheticism of the balletic ‘Many a New Day’. To top and tail the film, Curly rides onto the screen with his horse for a companion and rides out with Lawrey by his side.


Also by Mike Tilling...
Japonisme: The Influence Of Japanese ArtNew Light Prize Exhibition - Brian ShieldsDirectors And Composers – Sergio Leone And Ennio MorriconeAkhnaten- Philip GlassTrouble In Tahiti - Leonard Bernstein
There are, of course, sections that are distasteful to a modern audience. The auction scene to raise money for the new school house is based on bidding for picnic hampers: is the auction for the hampers or for the girls? Is there a hint of racism in the dream sequence which appears to be drug induced by one of Ali’s potions?

However, as in all Musicals, there has to be a moment where the spine tingles. For me, this comes in the finale with the song Oklahoma. The whole ensemble gathers behind Curly and Lawrey, they crouch down and begin to chant ‘Okla – homa, Okla – homa’ slowly standing up until they burst into, ‘We know we belong to the land’. It is a thrilling piece of choreography: simple but effective.

And immediately after, Curly and Lawrey ride off, as they should, into the sunset.