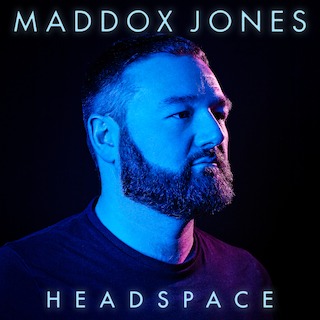 ‘Headspace' is Maddox Jones' first release as a solo artist. While fronting a band is never an easy task - and Jones had his fair share of experience playing and collaborating with other artists - standing alone and allowing his deepest emotions to flow through some of the most personal songs he has ever written was a completely different experience. We caught up with the former Departure and Strangers vocalist to find out what songs make him...

This song is a classic of the mid 00’s era and it never fails to everyone wildly singing along, beer in hand. When I was in The Departure we supported them when they were first breaking through. Amazing band. I remember standing at the back of the venue each night thinking: Damn I wish I had a song that good.

I remember seeing them back in 2003 at a really small venue, was amazing. Thom has a unique way with melody and lyrics that transcend.

I’m not sure if I can actually cry to a song - As songwriting is kind of a job for me now, when I listen to a pop song it’s easy to get analytical and think about the song from a writers perspective. However, there are songs that stop me in my tracks - Nothing compares to you by Sinead O’Connor is one of those songs. Its dripping with emotion. I’d cry happy tears to that for sure.

I used to run a club night in Manchester called ‘Girls On Film’. at the Deaf Institute. It was full of students every Wednesday night and me and Hattie Pearson, who still runs it, would DJ on the stage. We had glitter cannons and fancy dress themes. We’d play 80s bangers basically, but I remember playing this tune and even though It shouldn’t work in a club everyone used to dance to it. I’m laughing as I remember, great memories.

Want to work out

They are an up and coming indie band from my hometown, Northampton. The first two lines of the chorus are “…It's easy looking backwards. We're going forwards, with no time to spare…” which makes me wanna do stuff you know, it’s got a sense of urgency about the track. Check them out, they are great!

The Walkmen - The Rat

For me this song sums up the new wave/post punk resurgence of the 00’s and it also reminds me of house parties in London when I used live in a warehouse unit in Stoke Newington. I remember turning up to a party once at like 3 in the morning and we walked in and there was all this expensive booze on the table and they were playing this song really loud and dancing; good night that.

Makes me want slide onto a sun lounger with a cocktail and a pair of Ray-Ban on and properly chill out. Her lyrics take you to another place, a place where everyone is famous and Andy Warhol is the photographer.

Absolute banger. I know a lot of proper music fans think Coldplay are shit. However, when I was at Uni I went to see them at Wembley Arena. They are just four lads who met at college and wanted to sound like Radiohead; now they are one of the biggest bands in the world. Hard work and talent has got them to where they are; it’s all possible.

I’ve into the Weeknd since his first record to be fair. I love this new one; 80s vibes and the video reminds me of Michael Jackson Thriller era, in a really good way. What I like about The Weeknd is underneath the catchy beats and melodies there is depth to the lyrics.

Maddox Jones EP ‘Headspace’ is out now, stream it here.