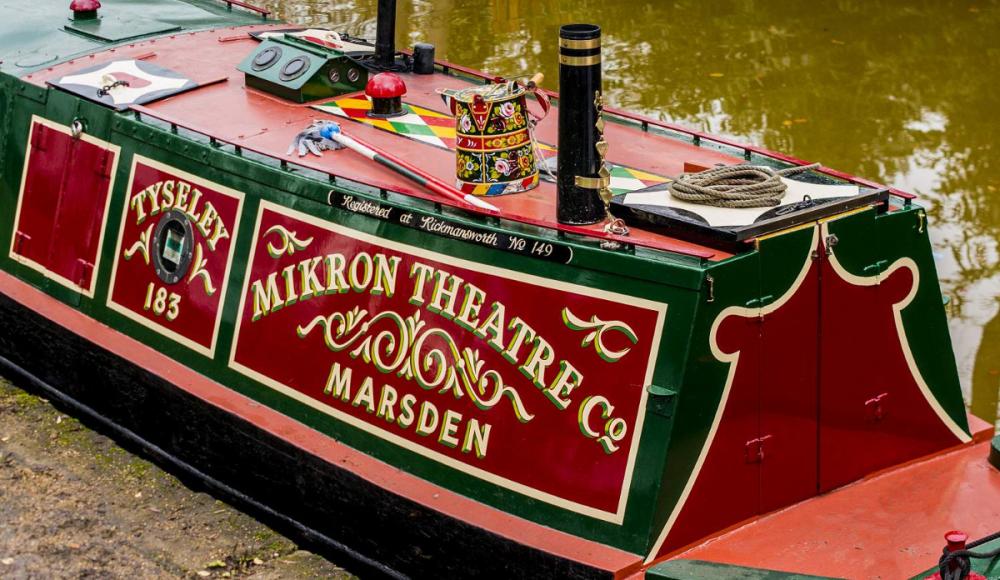 The celebrated Huddersfield theatre company Mikron Theatre is set to continue its 50th anniversary celebrations this May with the premiere of Red Sky At Night, Lindsay Rodden’s (Here, Northern Stage and Curious Monkey) new play about the everyday topic we all talk about – the weather.

Through the chronicles of history, people have gazed up and marvelled at the mysteries of the weather. Generations have tried to master the elements and understand the magic of the skies.

Hayley’s sunny, beloved dad was the nation’s favourite weatherman. He could make a typhoon sound like a tickle. Hayley is now following in his footsteps, to join the ranks of the forecasting fraternity. Or at least, local shoestring teatime telly.

When the pressure drops and dark clouds gather, Hayley is melting faster than a lonely snowflake. She’s seen the future’s forecast, but will anyone listen?

Based in the village of Marsden, at the foot of the Yorkshire Pennines, the company are like no other. For starters, over the last 50 years they have toured 66 productions on board a vintage narrowboat and spent over 34,000 boating hours on the inland waterways.

Secondly, they perform their shows in places that other theatre companies wouldn’t dream of; a play about growing-your-own on an allotment; a play about bees performed next to hives, a play about fish and chips to audiences in a fish and chip restaurant, as well as plays about hostelling performed in YHA Youth hostels and the RNLI, performed at several Lifeboat Stations around the UK. Over the last 50 years the company has performed 5200 times to over a staggering 436,000 people.