Midget Gems: The Richness of the Short Story

As an English teacher, I was often asked by frustrated parents: how do you get teenage offspring, usually boys, to read? One suggestion was to guide them to collections of short stories so that they could finish something in one sitting. Being short, they are often more highly structured and less laden with long descriptive passages, concentrating instead on the action – often preferred by boys.

A good short story is hard to beat. In under 10,000 words – surely, any piece of writing longer than that could not be considered short - the characters should be compelling, the setting, clear, and there needs to be some form of conflict or danger. It’s a simple model yet it should also be thought-provoking.

Roald Dahl’s selection of short stories both in Tales of the Unexpected (remember the mesmerising opening credits to the televised version broadcast between 1979-88) and in The Wonderful World of Henry Sugar, are masterful and always include that somewhat macabre twist for which this writer is famous. The Hitchhiker who meets the ‘fingersmith’ is one which springs to mind, as does the rather more sinister, Lamb to the Slaughter. You will never look at a leg of lamb in the same way again! Though it’s not nearly as sinister as Guy de Maupassant’s A Vendetta – revenge is definitely a dish best served cold! 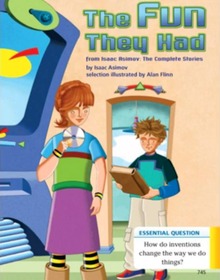 Lovers of Sci-fi won’t go far wrong if they explore the works of Asimov and Bradbury. To cite just two,The Sound of Thunder offers a magnificent description of the king of the dinosaurs, Tyrannosaurus Rex, and is a chilling account of the possibilities of time travel, whilst Asimov’s The Fun they Had explores an education system of the future and how children may eventually look back in wonder - or scorn - at twentieth century schools.

Doris Lessing writes about Jerry, on holiday with his mother, in Through the Tunnel, a bildungsroman which literally has you holding your breath as he swims underwater, whilst The Darkness Out There casts the darkness of Man’s (or in this case Woman’s) heart onto a sunny day. Bill Naughton’s Late Night on Watling Street may be a little dated but the message is as relevant today as ever it was – there are lines which should not be crossed. 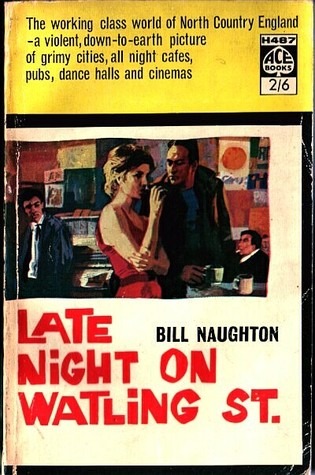 Some may baulk at the mention of Charles Dickens but Captain Murderer and The Signal-man are as far removed from Oliver Twist and David Copperfield as you can get, and demonstrate Dickens’ ability to write with brevity as successfully as those far longer tomes for which he is famous. Edgar Alan Poe’s Tales of Mystery and Imagination is another collection worthy of a dip, particularly if the gothic genre appeals. Snowdrops by Lesley Norris is a more modern,touching story which reveals its depths between the lines as much as in them, while more recently, I have explored Fabulous by Lucy Hughes-Hallett. You can’t beat a good classical legend and Pandora’s Box springs to mind, as do The Minotaur and The Cyclops (Rex Warner’s Men and Gods is a classic collection) but in her book, Hughes-Hallett modernises the old tales. It’s not a new concept, I seem to remember modern televised versions of Chaucer’s Canterbury Tales not so long ago, but Fabulous is worth investigation.

Alan Bennet’s Talking Heads is a series of monologues, also previously seen on TV, but reading them is so much more personal. Her Big Chance (originally performed by Julie Walters) is full of pathos as the reader sees so clearly what the main character, Lesley, apparently does not, and A Cream Cracker under the Settee (performed by Thora Hird) explores old age and the choices many of us may have to make.

There are so many fantastic examples of short stories - good for anyone who has only a brief window in which to escape into the world of fiction. I haven’t even scratched the surface here - and believe me, the more I highlight, the more I know I have left out - but I hope I have shown that there are short stories of every genre to devour, both modern and not so modern, and that I have sparked an interest in these midget gems.


Also by Artis-Ann ...
Review: The Litigators By John GrishamReview: A Street Cat Named Bob By James Bowen‘Things Are As They Are And Will End As They Must’: A Brief Affair By Margaret Leroy'You're My Favourite': Jane Eyre By Charlotte BrontëThere's Nothing Wrong With Being Eclectic