Michael Starke
As the Irving Berlin musical White Christmas arrives in Liverpool, Michael Starke tells us about the show and what the audience can expect

For anyone new to White Christmas, what is the musical all about?

It's a stage adaptation of the famous movie which originally featured Bing Crosby. I play a character called General Henry Waverly.

Anyone who is familiar with White Christmas will discover our adaptation is slightly different from the film version.

We have a great cast including Lorna Luft who has appeared in the show previously, she has been a terrific help to me and never puts a foot wrong; in my eyes she is a legend. I am in awe too of the kids who are in the show - they are wonderful. 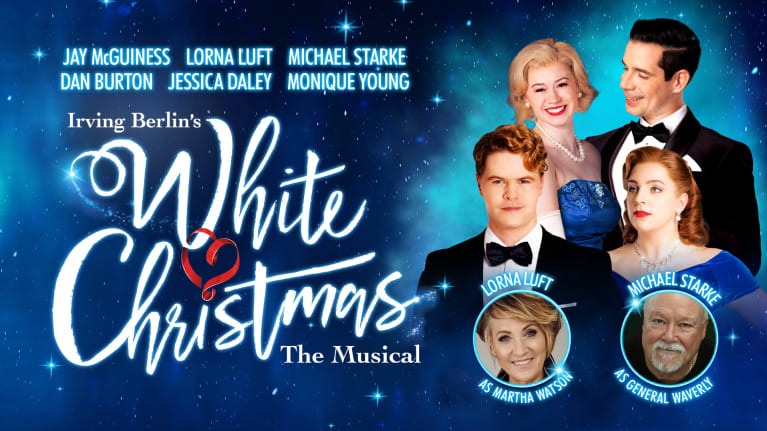 Do you enjoy Christmas?

I do. It is a big family time. Some members of my family would celebrate it all year round if they could. I am fortunate this year being back home in Liverpool.

Over the years you have appeared in Brookside, Coronation Street and even Benidorm, have you good memories?

I count myself lucky that I have appeared in all those TV series. It wasn’t until I was writing my biography for the White Christmas programme that I realised how many of those TV show I had appeared in.

I have fond memories from all of them as they have all been a great experience.

Do you still perform your own one man show on the cruise ships?

I did up until the pandemic, I really liked doing them and the older demographic on the cruises all knew me!

The pandemic changed my priorities, I now no longer wait for the phone to ring with offers of work; I take each week as it comes and live in the moment. The most important things in life are things such as family, love and respect for one another.

Did you always want to be an Actor?

Yes. However, coming from a council estate in Liverpool I did not go around telling everyone I wanted to act in musical theatre!

I didn't know how to get into acting. I appeared in a comedy show and gained a provisional Equity card. Eventually I got a part in Brookside which was ideal as I could still act and be at home to see my children grow up.

Are you excited about being on stage at the Liverpool Empire this Christmas?

I certainly am. The Empire is a beautiful theatre but Im from Liverpool so naturally biased. I am enjoying being in such a great musical and hope the people who come to see it will enjoy the experience, because Graham, I think you would agree, it would not be Christmas without hearing those wonderful words 'I'm dreaming of a white Christmas', at least once.