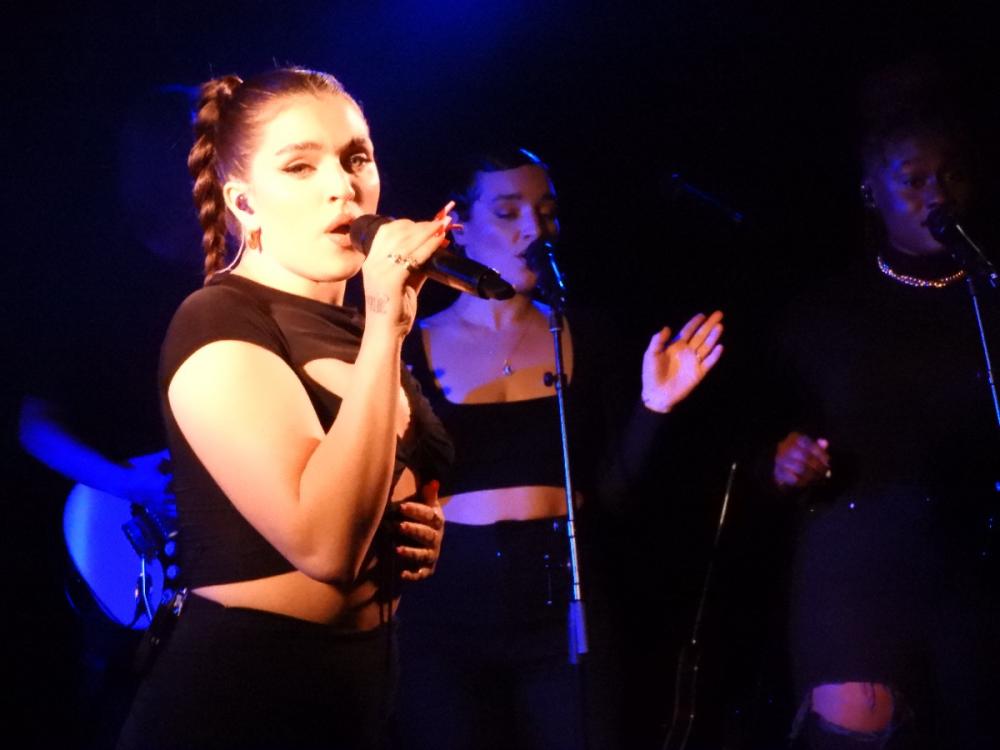 Mae Muller
Those fortunate enough to arrive early for the Mae Muller concert at the Warehouse in Leeds were rewarded with an accomplished and polished set from newcomer Cat Burns.

Burns admitted that when off stage she was quite introverted though you would never have known it with the confidence she exuded during an assured performance. 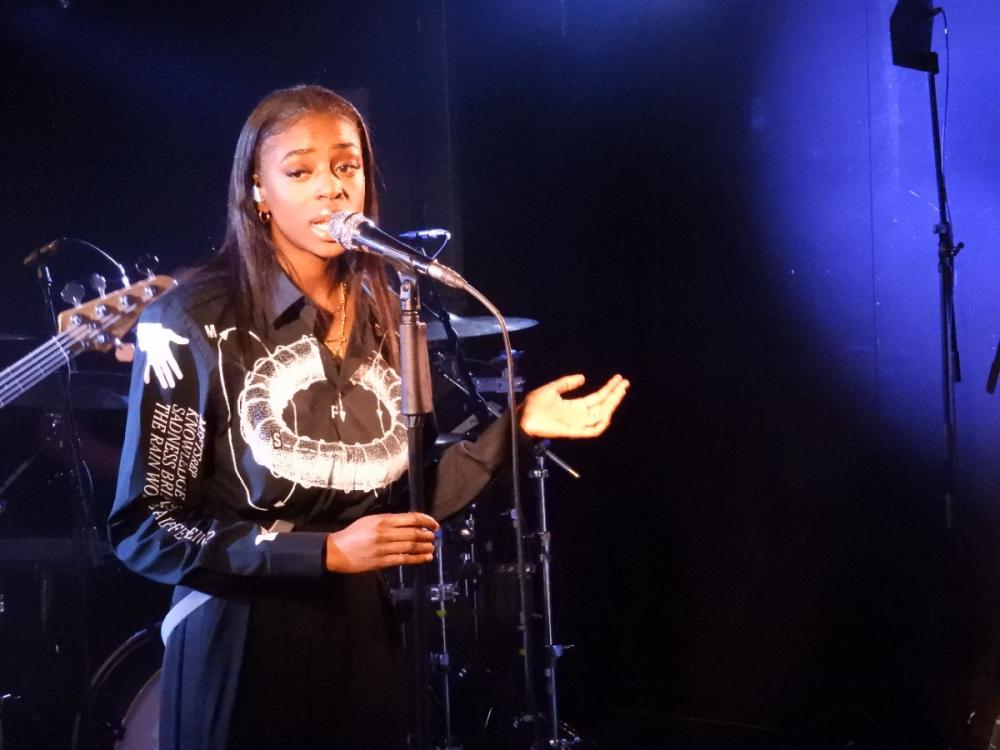 Cat Burns
It felt like watching an artist who had been performing for years with several hits not just with the Top 5 song, Go which ended the all too short set.

With a mix of influences from Joan Armatrading to Des’ree there is every chance Cat Burns will be just as successful.

It seems, having a hit single has given Mae Muller a new lease of life. The singer joyfully arrived on stage full of energy and new found confidence. Her recent hit with Neiked and Polo G, Better Days, has given her a new set of fans to add to those who already knew she is a talent that deserves to be a huge success.

Her music originally owed more to the soulful jazz artists such as Sade rather than the pop based artists who she is now being placed alongside. On her last tour over two years ago the live set up was that of the classic jazz line up of drums, bass and singer.

The current line up included two backing singers and a full band though the impressive voice of Muller was still the highlight of the evening.


Mae Muller. All photos: Graham Clark
With the concert being the first headline show Muller had performed in Leeds (previously she had supported Little Mix) the singer was out to celebrate her recent chart success.

The subject matter of the majority of her songs tends to be about being dumped by boyfriends or bad relationships. On HFBD she sang about how she was left stuck on her own under the Eiffel Tower whilst her boyfriend is chatting to the girl from the cafe.

Likewise on Anticlimax the audience heard about how she got back with an old ex only to discover he was still a boy and not a man. All this probably explains why she appeals to her mainly young female fanbase as they can relate to what Muller sings.

The jazz influences shone on the excellent Therapist, not lost on the audience as they sang the song in unison with Muller. The song fitted well within the small and intimate confines of the Warehouse, though the next time she performs the track in Leeds it will undoubtedly be at a bigger venue.

Hopefully, she will not loose sight of her early influences as these made her different from her peers such as Anne Marie - an artist whose stage presence is uncannily similar to that of Muller.

As Better Days arrived the song concluded what had been an evening of exceptional and exciting new talent. The look on Muller’s face as she sang the song seemed to be one of pride and satisfaction which was a joy to witness.

Those who were present, including Muller will remember and cherish this evening for years to come.

It really was that good.