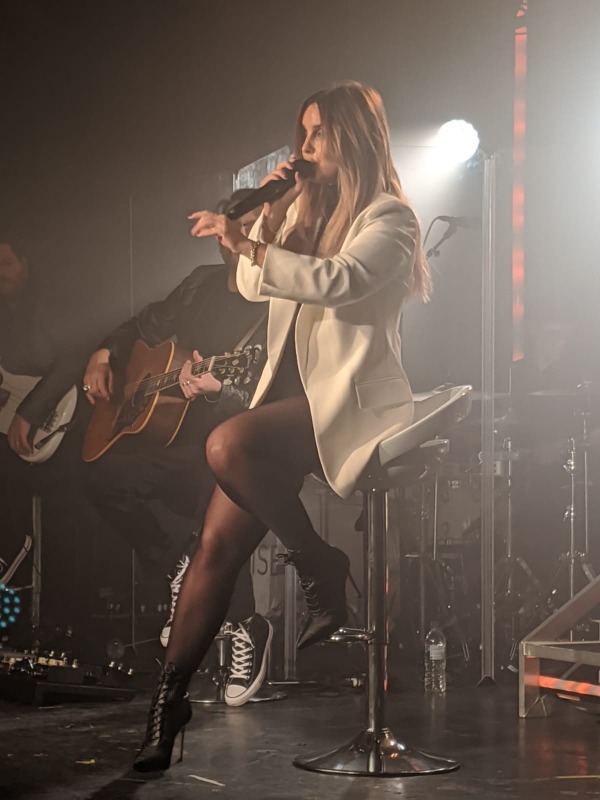 28 years ago music manager Denis Ingoldsby decided he would try to create a British group to emulate the success of the international icons En Vogue. Little did he realise that he was not only about to piece together one of the biggest girl bands in British history - Eternal - but he would also discover one of the UK's biggest selling female solo artists - Louise. After leaving the girl band in 1995, she released three stunning studio albums and enjoyed hits around the world, before taking a nearly 20 year break from recording.

Thankfully 2019 marked her return with the sensational Stretch, which was followed by the release of the album of 2020 - Heavy Love. Fuelled by powerful pop anthems and touching, tender ballads, Louise delivered what her fans had so long been craving. It was therefore little surprise that Birmingham's Institute was packed despite the coronavirus pandemic prompting discussion as to whether the move was a wise one or not.

Opening the show was Tom Aspaul, a co-writer on Louise's latest album. Although his lower register saw him hit a few bum notes, the energy of his set and the truly addictive nature of his songs meant he had won over a new fanbase by the end of an all too brief appearance.

Jamie Hannah came next. With his own compositions mixed with rather unique renditions of Lady Gaga's Bad Romance and Kim Carnes' Bette Davis Eyes, his distinctive vocal made for a hauntingly impressive set.

Opening her set with the anthemic Hammer from Heavy Love, Louise was in fine voice as she romped through a mix of classic hits and cuts from her most recent album. While it was clear that the classics were a big pull for the audience, the strength of her new material resonated around the audience, with the majority able to sing along wholeheartedly in the a similar vein to the earlier material.


Also by Jeremy Williams-Chalmers...
Jay Blanes - FireworksShaun Escoffery - Strong EnoughKatherine Jenkins - Cinema ParadisoSingles Of The Week: 3 July 2020Musical Motivation: JeyB
While decision to perform the remix of Stretch was perhaps misjudged, the remainder of set was totally flawless. With Straight To My Heart, Lead Me On, Hurt and Villain proving as perfect as 2Faced, Naked and In Walked Love, it was in the more intimate balladry that Louise proved she could both raise the heat and really make hearts flutter. Although the Eternal classic Oh Baby I... and Louise's debut single Light Of My Life gave everyone tingles, it was the truly moving Wrong that had the tears rolling.

Louise may have spent a long time away from work as a recording artist, but both the album and tour prove that she should never have gone away. Let's just hope she is here to stay.