Leo Sayer – Still Giving It All Away 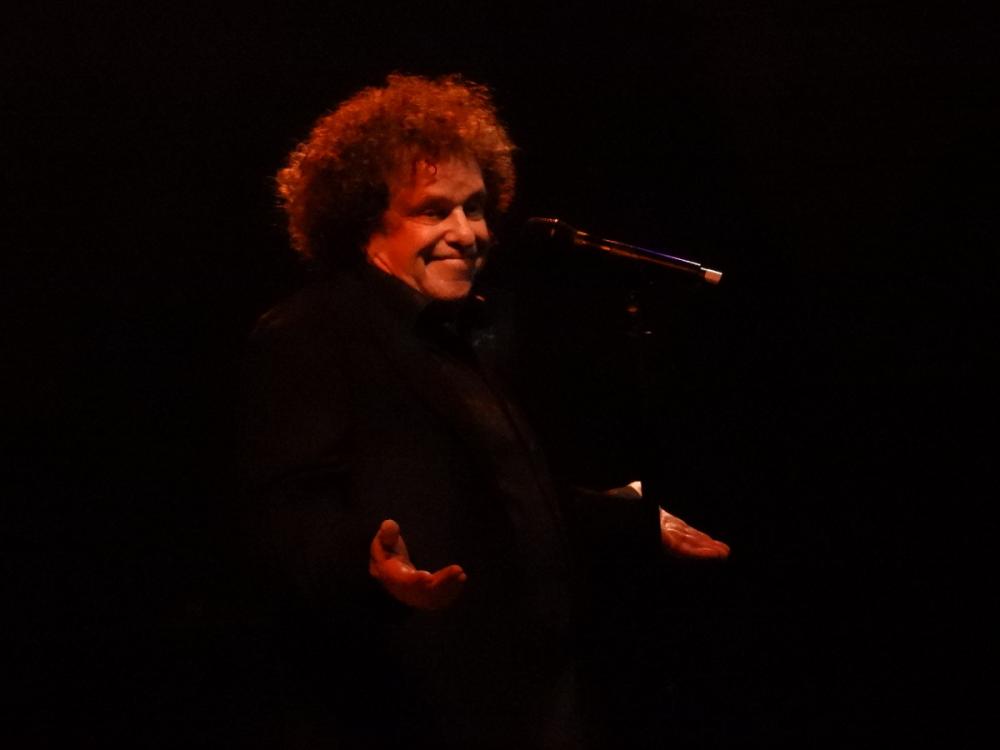 To a new generation Leo Sayer will be an unknown name but to the audience present at the Bridgewater Hall in Manchester, Sayer remained a legend. The singer is currently on a nationwide tour which celebrates his 50th year in music.

In the seventies and early eighties Sayer was a regular in the charts recording and writing with the best talent of the day producing hits such as When I Need You and Giving It All Away among others.

Taking his fans through the length of his career Sayer opened up the evening with The Show Must Go On – his first hit record. Whilst some of his peers no longer have the same vocal range, Sayer still had a powerful voice – along with a boundless energy and exuberance that refuted his 74 years.

Rather than a run through of his hits Sayer introduced many of the songs with a story about what inspired them, notably Moonlighting a song about one of his roadies eloping to Gretna Green with the daughter of a Chief of Police!

Sayer was always a good interpreter of other artists songs such as Buddy Holly’s Raining In My Heart and The Crickets More Than I Can Say though when you have sung the songs so many times it was understandable that he changed the arrangement to I Can’t Stop Loving You into a blues soaked number featuring an unexpected harmonica solo from Sayer. It was moments such as these that made the concert seem special as opposed to just going through the motions.

Tackling two Beatles songs with ease off his Northern Songs album, Sayer added a new dimension to Eleanor Rigby and Across The Universe which is not an easy thing to do when you are dealing with classic songs.

Naturally the fans were up on their feet for You Make Me Feel Like Dancing, if you closed your eyes, you could have been back in 1976 when the song was originally released, with Sayer sounding note perfect on such an iconic song.

If his singing career comes to a halt, Sayer could always become a comedian as he joked about his age and still having all his faculties. “Why is your hair still black and mine grey?” shouted out a heckler as Sayer responded “It is all natural”.

Going full circle back to the start of his career the show concluded with an encore of two tracks he penned with David Courtney for Roger Daltrey’s 1974 debut album. Hearing Sayer sing It’s a Hard Life and Giving It All Away felt special as he seemed to right there in the moment, feeling every word he sang.

“Here is to the next 50 years” he enthused. After tonight’s performance I have no doubt that the show will definitely go on


The tour continues with a further northern concert on 12th November at Liverpool Philharmonic Hall
https://www.seetickets.com/tour/leo-sayer