Julia Chapman: A Date with Poison at Skipton Library 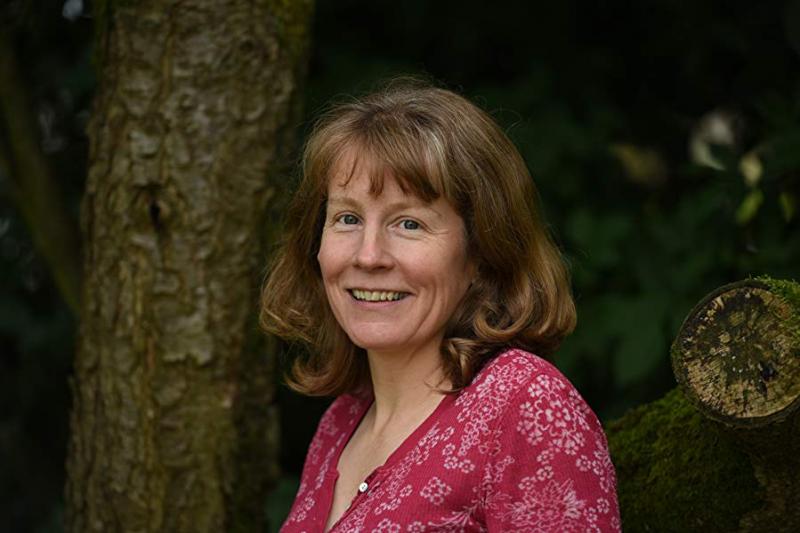 Julia Chapman
His idea of a first date was to take me to the auction mart in Hawes!

Julia Chapman understands the sometimes pinched, figurative austerity of farming. Her introduction may be brief – her exposure to the landscape of north Craven is relatively recent – but she nails local sensibility with remarkable efficiency. The farmer to whom the jaundiced eye is turned is one Clive Knowles, whose grubby ‘hovel’ of a farm is more of a determinant of domestic necessity than the love and companionship he thinks he seeks. ‘A cleaner’ is what he needs, ‘not a wife’, is the conclusion of the latest failed ‘squeeze’. The monosyllabic brevity of Clive is the current bane of Delilah Metcalfe’s life. Owner of the Dales Dating Agency, and one half of the double-act who drive the narrative of Julia Chapman’s latest excursion in the Date with series of Bruncliffe-set mysteries, Delilah is the circuit-board through which the merry-go-round of integrated parochial connections sparks. Duty bound to find him a wife owing to the fat disbursement of cash handed over by the blunt farmer, Delilah is struggling.

Which is something she does relentlessly, not least when the story of Date with Poison hoves profoundly close to home with the disappearance of her nephew, Nathan, whose love for the hills is more intuitive than any he bears for school. Another product of the forming processes of landscape and vocation, many readers will recognise the accuracy of her characterisation: i’ve met many embryonic farming lads who couldn’t wait to fire up the quad and escape ‘pointless’ education for the fells and ‘the language of the land’:

Ask him about sheep breeds. Or auction prices. Or the way to manage fields. Then he could speak in a tongue most of his classmates couldn’t begin to understand.

That Nathan’s disappearance is precipitated by a false and malign accusation of Ketamine possession is a not untypical example of Chapman’s manipulation of plot turn. Her books are full of surprises, ironic twists of detail which yield to a skilled hand at the macrocosmic tiller: the snatched forensic glances and catchings of observation open on to fields of speculation about the presence of light and shade in bucolic idylls - of the craven in Craven. From the smallest of details, the reader instinctively establishes bigger pictures, whose apprehension, in turn, is conditional entirely upon skilled novelistic deliberation.

Beyond the abundant humour – another component of the universal integer – Chapman sometimes forecloses on the flickering paradox of existence in moments of reflection. And it is here, in a postmodern critical world that mostly distances writer from written, that we infer a merging of threads of form and intention. Samson O’Brien - disgraced detective and other half of the local dynamic duo – is returning on foot over the hills to Bruncliffe after a brief, trumped-up incarceration in Leeds. His moment of sincere introspection speaks as much to a universal urge for ‘home’ as it does for the disclosure of personal epiphany:

It was beautiful. It was home.
He stood there, shivering, gazing down on the sleeping
town shimmering in the silver moonlight. And in a moment
of clarity, Samson knew that he never wanted to leave.

That an unlikely elegiac tone is closely followed by the shock of revelation is characteristic of Julia Chapman’s propensity for energising plotlines. A newspaper headline, an envelope dropped through a letterbox act, amongst many other singular devices, to ground her narrative in the unpredictable present: Bruncliffe’s idyll is forever besmirched by the presence of the humanly grubby in an otherwise pristine landscape. 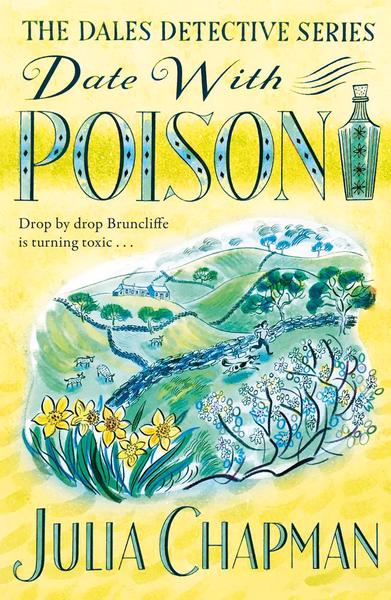 Et in arcadia ego, as the inscribed tomb in the centre of Poussin’s painting of pastoral magnificence implies. And if parochial accusation is the handmaiden to nemesis for Samson – he is guilty by historical association and local suspicion, but not, we mostly suspect, in fact – Chapman turns her narrative seamlessly around extraneous subplots which interweave the main thrust of the mystery. The poisoning of sausages by hand(s) unknown leads to the gathering suspicion of the town’s vet that the local canine population, including Delilah’s Weimaraner, the fragrant and improbably-named Tolpuddle, are being targeted. It is a testament to Chapman’s brilliance at plot construction that alleyways of complacent assumption and plausible enquiry turn out to be as blindly prejudicial as the curtain-twitching insularity of many of Bruncliffe’s good citizens. As these last cast judgement on Samson’s murkily misunderstood history – his tenuous connection to a murder in Leeds, and to Nathan’s apparent possession of Ketamine, magnify the perception of guilt – the private detective turns his own forensic eye to the practice of cool diagnosis. Upstaging preconception by alchemy of applied thought, Samson O’Brien’s reuniting of Nathan Metcalfe and family, and unveiling of the poisoner in an unlikely, but profoundly fitting, location, is a narrative tour-de-force, building momentum towards the satisfaction of resolution, vindication and, to no small degree, exoneration.

Chapman’s set pieces are beautifully executed, not least where her dramatis personae, who act as atoms in a nucleus, threading through and around the small, invigorated universe of Bruncliffe, become a concerned, and concerted, amalgam. The scene of Nathan’s liberation by the poacher Pete Ferris, high up on a Fountain’s Fell flank is a precisely judged melding of atmospheric fear and isolation. To say more would be to give the game away, of course, but it is the cast of local colour – Ida Capstick, Mrs Hargreaves, Arty and Joseph, among many others both human and canine – who are the motor and the glue for the novelist’s engaging theatre of voices. And Chapman is deeply insightful as to the status of those who live, as it were, outside of the glass. Sparkling metaphors trip potentially explosive truths about the relationship between incomers, like ‘Herriot’ Ellison the vet, and indigenous locals:

The intricate relationships that wove through the town were like tripwires in a minefield for offcumdens like himself – with no genealogical map to guide him, one wrong word could trigger an avalanche of offence.

That same unbreakably partisan loyalty consistently blinds the collective sentiments to the nefarious machinations of another local, Rick Procter, whose unseen hand will one day drive the story towards a denouement. So long as the grander narrative remains unresolved, we may be sure that further revelations will follow: I don’t doubt that Mr Proctor’s creator is insinuated in the parallel world of Bruncliffe as I write.

And for those who can’t wait for the next instalment of Date with, Julia Chapman will be making a special appearance at Skipton Library on 5th September in an interview, Q & A and book signing.

Booking required. £2, to include refreshments.